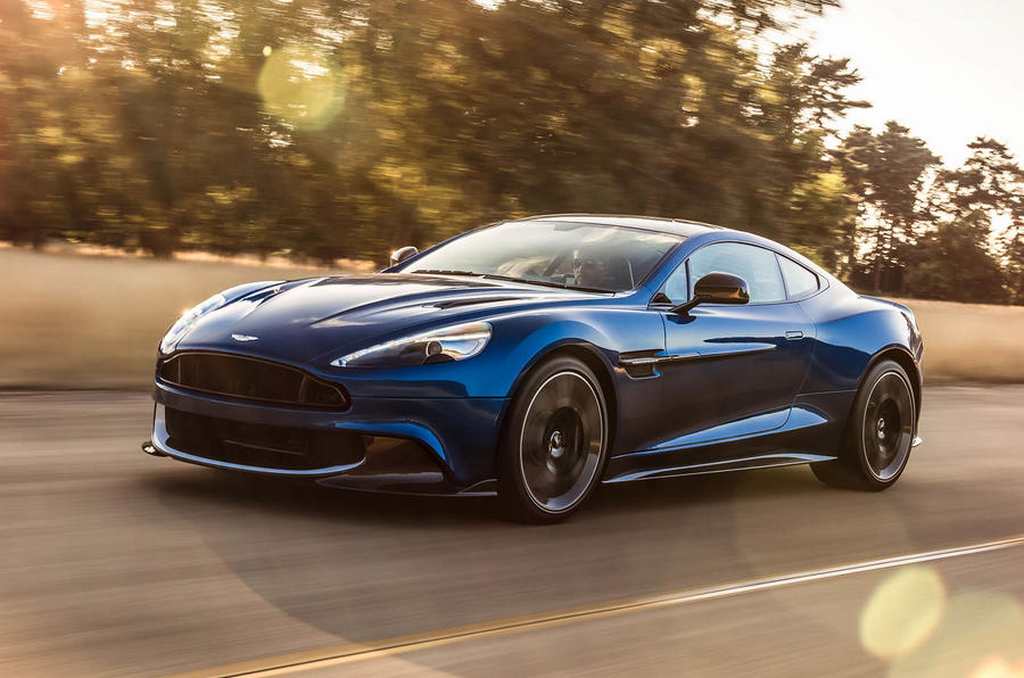 The flagship Grand Tourer from Aston Martin has been given mechanical treatment as the Vanquish gets more muscle through the S model. In some foreign markets, the updated Vanquish S is available for pre-order and deliveries are expected to happen sometime next month. Revealed in LA, it gets power from a revised 5.9-litre V12 engine which is good enough to pump out a maximum power output of 595 bhp – 27 bhp more compared to its predecessor.

However, Aston Martin has decided to stick with the same peak torque which stands at 630 Nm. The additional power has certainly made the new Vanquish S faster as it can do 0 to 100 kmph in just 3,5 seconds – three tenths quicker comparatively. The betterment in performance is also due to the new stainless steel exhaust system and inlet manifolds that are larger. The British luxury sportscar maker has also revised the eight-speed automatic Tiptronic III transmission for faster response. Moreover, the anti-roll bar bushes, dampers and spring rates have been reconfigured for firmer ride setting. Despite the raft of mechanical updates, the new Vanquish S remains identical to the outgoing model.

It has carbonfibre made front splitter and rear diffuser as well while the exhaust unit comes with a quad outlet system which is in contrast with the twin-pipes found in its predecessor. While the new exhaust brings an added aggressiveness, buyers can optionally choose from the carbonfibre bonnet louvers, door releases and door mirror caps along with 20-inch five-spoke wheels. Available in both coupe and convertible Volante body styles, the Vanquish S features satin chopped carbonfibre finish for the centre console in addition to leather trims and luxury materials from a range of options.