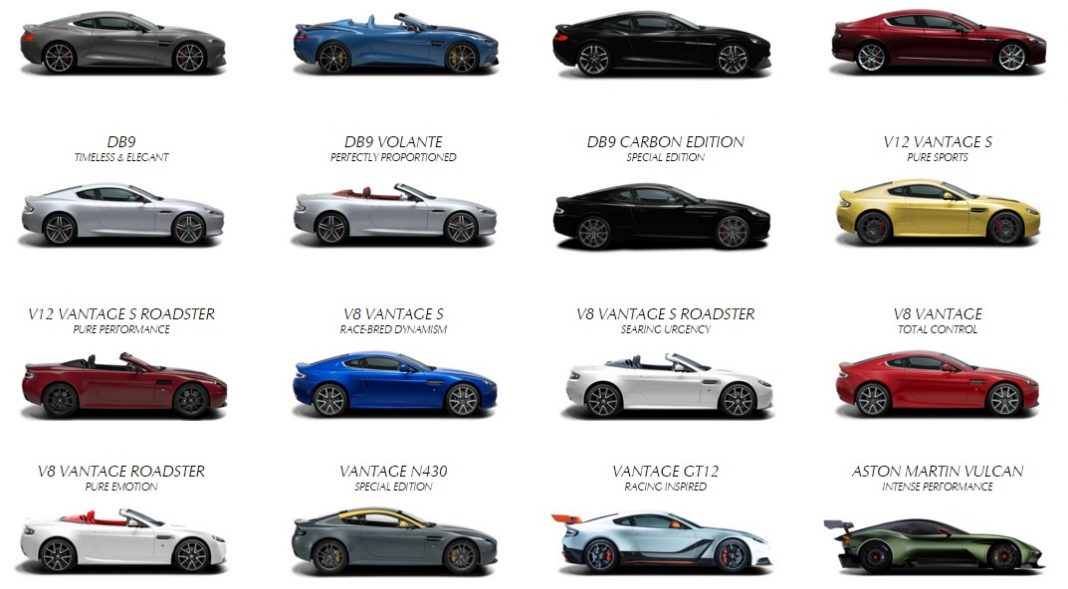 Aston Martin set for overhaul of entire model range with launch of DB11, new versions of Vantage and Vanquish and DBX crossover debut

The factory at Aston Martin’s headquarters in Gaydon will be responsible for manufacturing an entirely new generation of models whilst plans for exclusively building DBX crossover in a new plant is also in the pipeline.

The luxury sportscar maker says it has sufficient funding in place to bring forth a new model range. The prestigious British brand has shown good turn of sales numbers worldwide in recent years and has launched performance-biased Vantage GT12 and Vulcan niche models of late.

The Warwickshire-based manufacturer is composed to venture on a comprehensive revamp of its entire range. First will be the arrival of DB11, that replaces the highly-successful DB9, about to be showcased at the forthcoming Geneva Motor Show in March.

The DB11 has been described as a pivotal model for future profitability and comes as part of the brand’s Second Century Plan to attain sustainability and enough cash flow.

The launch of DB11 will be followed by new versions of Vanquish and Vantage luxury sportscars before the debut of all-new DBX crossover expected to go on sale in 2019.

Aston Martin announced earlier that it has raised £200 million capital to fund the development of the all-new DBX crossover from major shareholders with establishment of advanced engineering and manufacturing facilities.

Beyond the aforementioned models, Aston Martin is poised to expand its Logando brand as well. It has been aggressive in implementing its five-year business plan so far as the first step was to achieve global stabilisation.

The car maker sacked about 295 employees lately as part of a redundancy programme and revealed to have reached profit targets in every quarter of 2015 for the first time in its 102-year-old history.

Moreover, a highly likely technical partnership with Force India F1 team will see the brand transfer Formula One hybrid engine and other technologies into its road car use.

Amidst more ambitious future plans, Aston Martin is expecting to finish off the year by attaining target sales of over 3,500 vehicles. It has secured a growth of 30% sales just in the UK between 2013-14 and is yet to choose from the four shortlisted locations for building the DBX crossover whose architecture will also spawn future sports cars.