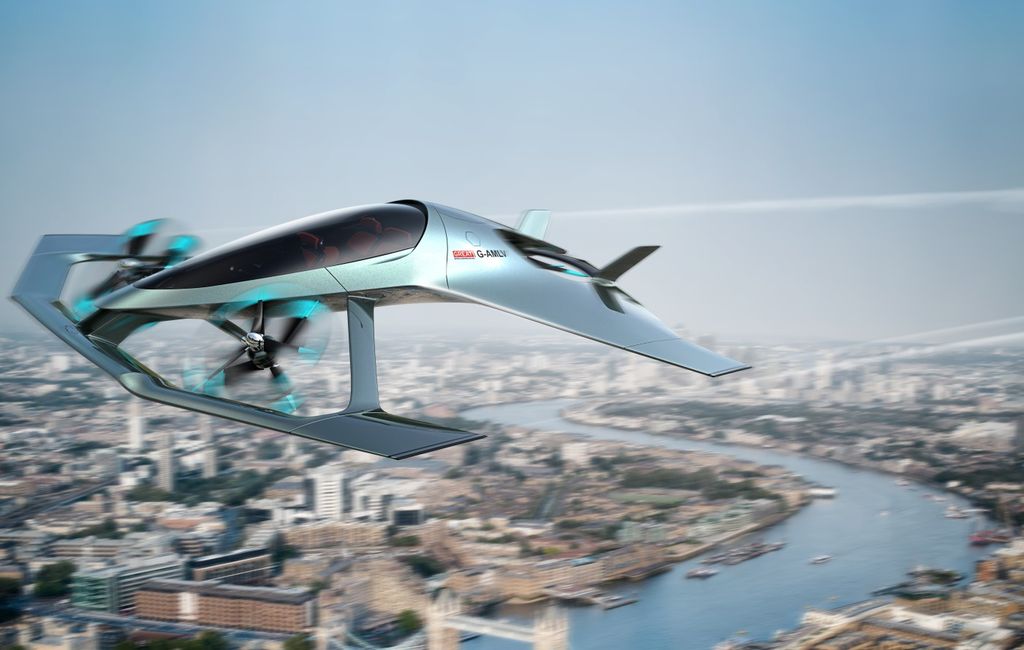 Aston Martin Flying Car Concept has the capability to vertical take off and land. The electric hybrid engine for this concept is sourced from Rolls Royce

Flying cars are one of the future mobilities currently in concept form as technology has not  reached to pinnacle to make it happen. So many car manufacturers are interested in this mobility as most of our roads are getting congested and air-taxi will help everyone save time. Hot on the heels, Aston Martin officially revealed Flying Car concept at Farnborough Airshow.

The Flying Car Concept is named as Volante Vision Concept and it can seat three people. The concept has the capability of vertical take off and landing, which is very useful to make it work in real world conditions. The electric hybrid engine for this concept is shared by British engine manufacturer Rolls Royce.

Aston Martin has also partnered with Cranfield University and Cranfield Aerospace Solutions to develop this concept and it features artificial intelligence, so that it can fly without any human interaction as future is going to be autonomous for automobiles. The top speed of Volante Vision Concept is 322 kph.

Aircraft manufacturers like Airbus, ride-sharing firm Uber and many start ups are already working towards making flying car concept into production form. According to Aston Martin in future, you will drive on an Aston in public and also use Uber for taxi purpose, in same way you will be using both Aston Martin and Uber in the skies. Aston Martin hasn’t revealed details about production model or pricing, but the British manufacturer said it will be loaded with luxury and sports car for the skies. If it reaches production, we can expect pricing of well above seven figures and it will be limited to only those people who has such deep pockets.

Audi is one of the other car manufacturers which are very much interested in flying car concept and they revealed Pop.Up Next concept at 2018 Geneva Motor Show. The German manufacturer concept is slightly different to Aston as it uses four pods with eight helicopter blades powered by 20 kwh electric motor. The range of Pop.Up Next concept is 50 km with charging time of just 15 minutes.