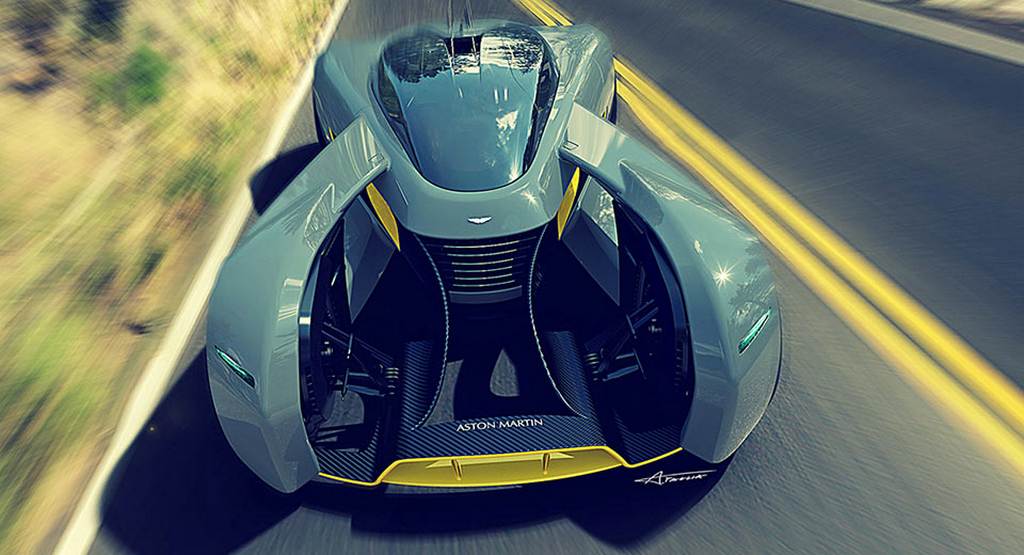 Aston Martin and Red Bull Racing announced recently the existence of an all-new groundbreaking hypercar the AM-RB 001. While Aston Martin’s alluring design language will be utilised, Red Bull Racing’s expertise in Formula One will play a huge role in the performance and downforce generation of the flagship hypercar.

However, it is purely made for track days only which is shameful but have you ever wondered something similar but for the road use? Some might have and other would have thought it would be near impossible. But an Italian designer wouldn’t come under the latter category. Antonio Paglia brought up a new concept dubbed as DBV before the veil was lifted off the AM-RB 001 savage hypercar. Aston Martin has some gleaming GT models in its lineup but the existing fact is that a supercar which got closest to series production phase was just the ultra-sophisticated One-77 from the famous British brand. In contrary to competitors, Aston Martin has kept it neat and tidy due to the not-so-outrageous styling. A future design study like Antonio Paglia’s DBV concept would have been shrugged off if the AM-Red Bull creation’s images were not revealed. With the design inspired from aviation, the concept is advertised as pure with extremely raw potential. As opposed to the AM-RD 001, with naturally-aspirated V12 engine and power to weight ratio of 1:1, the DBV concept has a fully electric powertrain. The power source’s operation was not clearly explained by Antonio but from the released image it is conceived to have four electric motors. Each on one wheel, the motors source power from a battery pack located underneath the floor for optimised weight distribution and low centre of gravity.

The unconventional bodywork comes as a result of aerodynamic study to eke out more downforce and better cornering ability. The divided front fascia has the intention to channel the airflow around the body of the car. Will we ever see a concept like this in reality, that’s forever an unanswered question!