The compact SUV segment grew by 5.4 per cent in April 2019, thanks to recently launched Mahindra XUV300

Automobile manufacturers endured a really tough time in April 2019 in India as, except Honda, all other companies posted negative sales growth. However, the compact SUV segment did grow by 5.4 per cent courtesy of the recently launched XUV300. While the Maruti Vitara Brezza did enjoy 45 per cent of the total sales volume in the segment, the impact of XUV300 should not be undermined.

Having entered the market in mid-February 2019, the Mahindra XUV 300 managed to beat Ford EcoSport and Honda WR-V in no time. For the first time ever, the XUV 300 overtook Tata Nexon by posting 4,200 unit sales in April 2019. The Nexon did finish very close in third though as only 224 units separated them.

The rise of XUV 300 led to massive sales fall for its rivals including the TUV300 sibling. While the Nexon registered 16 per cent YoY sales decrease, the Ecosport and WR-V had to deal with 23 and 46 per cent volume loss respectively. It is the highest YoY drop for WR-V ever and we will have to wait and see whether the same trend will continue or not.

The TUV300, on the other hand, 39 per cent sales decrease as only 1,250 units were retailed. The arrival of the facelift could help it to gain volume for the next few months. The Vitara Brezza soldiered on with 9 per cent YoY sales increase as 11,785 units were sold against 10,818 units in April 2018.

The segment will be shaken up further when the Venue goes on sale on May 21. The sub-four-metre SUV will be available in three engine choices as the 1.0-litre turbocharged petrol produces 120 PS, the 1.2-litre petrol develops 83 PS and the 1.4-litre diesel kicks out 90 PS and 220 Nm by squarely aiming at Vitara Brezza, which is due to receive a petrol variant later this year. 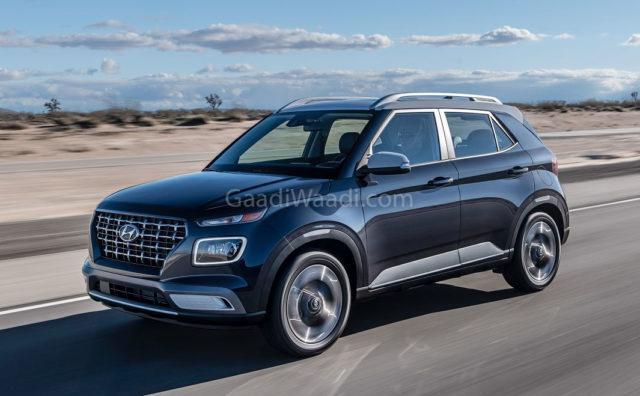 Hyundai expects to sell 8,000 to 9,000 units of the Venue monthly in its first year and it will be interesting to see how it fares against XUV300 and Nexon.