Over the last four days, four fiery incidents involving electric scooters from brands like Ola, Okinawa and Pure EV have been reported in India

The fourth fiery incident in as many days casts doubt over the reliability of electric scooters from start-ups in India as they are supposed to withstand almost every weather condition the country has on offer. The vastly diverse landscapes and climatology of India are certainly challenging affairs and the scorching summer is ever unrelenting.

The recent fires ask whether the electric scooter segment is rushed up to the customers already or even shoved down their throats in the name of affordability with seemingly terrible build quality in some cases. With soaring fuel prices, the price we pay to get out of shelling hundreds and thousands every day to cover miles for sub-standard reliability is just too much perhaps?

As the summer sets in and new electric scooters/motorcycles come in at a rapid phase from brands we hardly recognise, product development including critical battery components has been put under the spotlight for every wrong reason. A Pure EV branded electric scooter was up in flames near Mathur Toll plaza on the outskirts of Chennai as smoke poured out of the parked scooter. 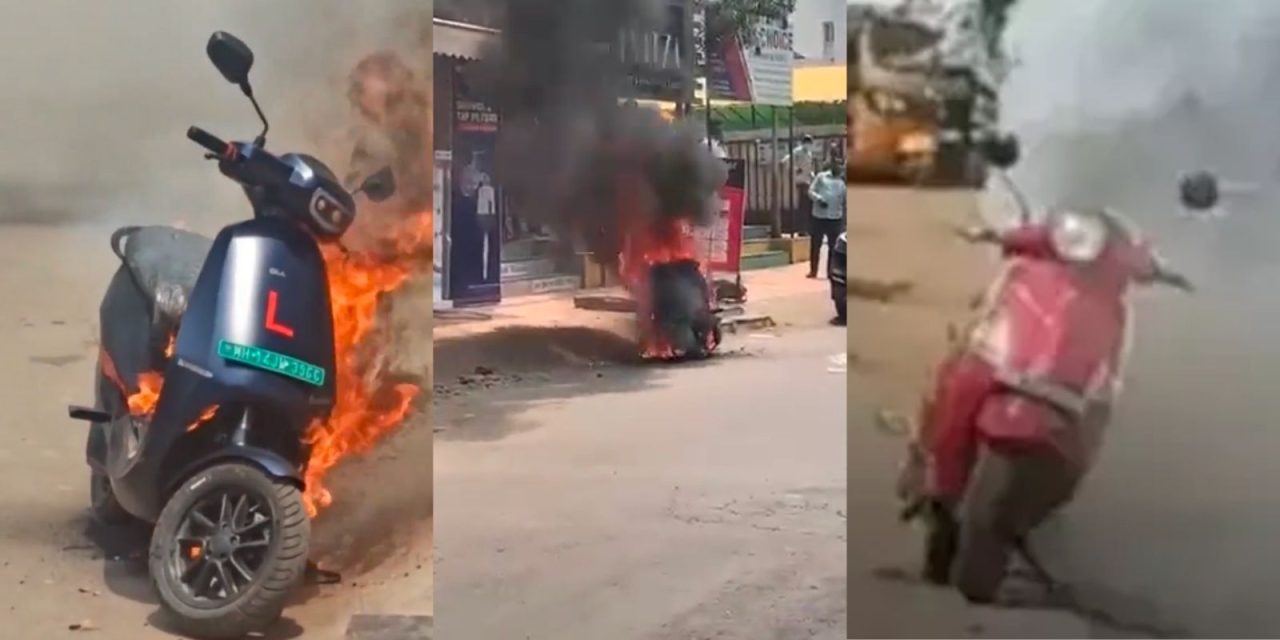 It was the third such incident involving a Pure EV since September 2021. While no casualties are reported, the same could not be said for another incident in Tamil Nadu. The tragedy in Vellore saw an Okinawa scooter bursting into flames leading to the death of a man and his teenage daughter as short-circuiting was allegedly blamed.

Earlier this week, another e-scooter caught fire in Trichy while the incident involving an Ola scooter engulfed in fire in Pune has already been well documented. The start-ups with all-show but no-go have been apparent, although some are really sticking by their promises with high intent, and the production struggles leave no room for customers but to make tough decisions.

The thermal efficiency of the Li-ion battery packs used commonly in electric scooters has been heavily criticised and they are mostly sourced from China. The Road Transport Ministry asked the Centre for Fire Explosive and Environment Safety (CFEES) to investigate the cases and thus a solution will be met. We do hope the brands will take serious efforts to prevent such incidents once and for all.