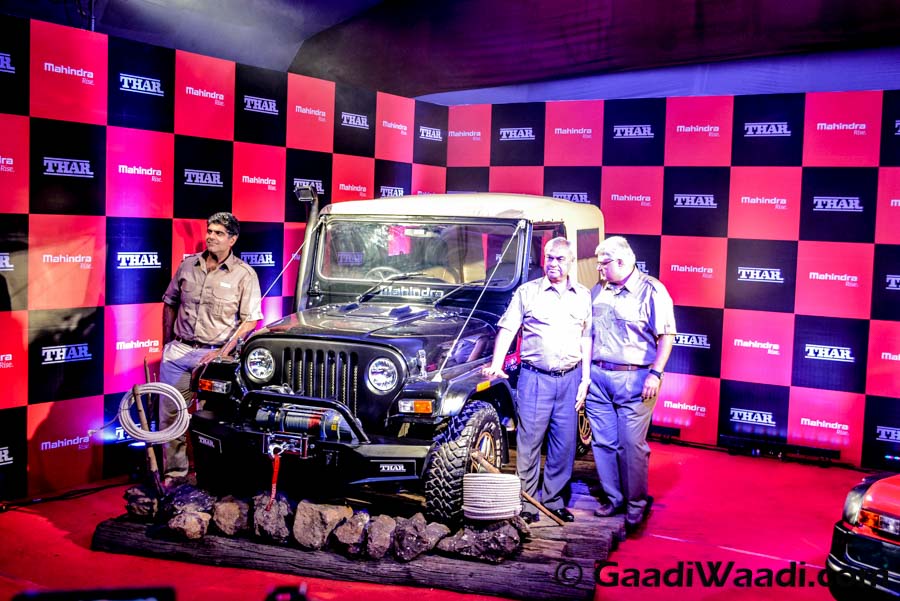 Anand Mahindra, the Chairman and Managing Director of Mahindra & Mahindra has announced a tough gift for Olympic bronze medalist wrestler Sakshi Malik. Sakshi won the bronze medal by defeating defeating Kyrgyzstan’s Aisuluu Tynybekova at the ongoing 2016 Rio Olympic. Mr. Anand Mahindra congratulated her by tweeting, “#SakshiMalik has salvaged the pride of a billion people.This must become the moment when we inspire ourselves to turn Indian sport around.”

For this achievement Mr. Mahindra has announced a Mahindra Thar SUV for the wrestler. He tweeted, “Overwhelming support for #TharForSakshi Verdict seems clear.” He also asked Mr. Vivek Nayer, the Chief Marketing Officer, Mahindra & Mahindra to check with Sakshi to give her choice of colour and customization as well. Mahindra Thar has been known as one of the toughest and most rugged SUV on Indian roads. The SUV is purely built for tough off roading. Mahindra believes, this car suits Sakshi best. Mahindra, the SUV maker of India launched the facelifted Thar last year in July. The facelifted model gets clear lens headlamp, new front and rear bumper, new wheel arches. Side footstep has been redesigned. It comes with windshield demister as well. Power source for the new Mahindra Thar is a 2.7 litre CRDe diesel engine. This engine is well capable to churn out 105 bhp of peak power and 247 Nm of peak torque. The SUV is available in five different colours – Diamond White, Rocky Beige, Mist Silver, Red Rage and Fiery Black. The car was launched at Rs. 8.03 lakh.