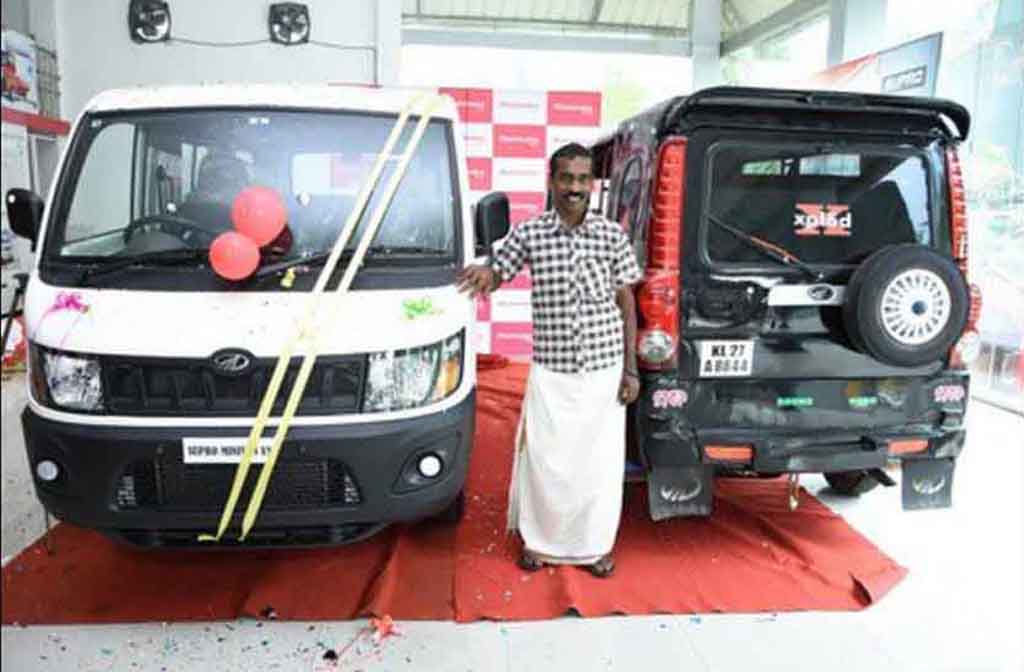 Mahindra boss gifted a Supro to the Kerala man who transformed his three-wheeler like a Scorpio; modified auto to be displayed at Mahindra museum

So it seems, an over-the-top customisation can get you a brand new vehicle from the boss of a leading automaker. Exactly that happened with Kochi based auto-rickshaw owner Sunil, who modified his three-wheeler with inspiration from the Mahindra Scorpio. When someone posted the photo of that vehicle on twitter, it caught Mahindra boss Anand Mahindra’s attention.

The executive chairman of Mahindra Group took Twitter to announce his wish to acquire the three-wheeler for Mahindra museum and he also said that he wants to gift the owner of the vehicle a four-wheeler as replacement. After one and half months, Mahindra’s team found the Kerala-based owner of the Scorpio inspired auto-rickshaw and finally he was gifted a Mahindra Supro. 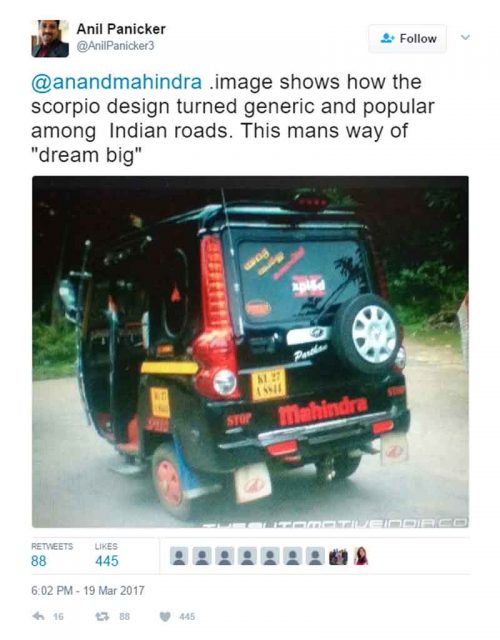 Mahindra is known for the biggest SUV manufacturer in the country and its SUVs are well appreciated for their toughness, practicality and capability to take the challenge of the rough roads. The automaker has strong hold in the commercial vehicle segment also. Among all the SUVs from the brand, Scorpio is one of the very popular models and it has a dedicated fan base in the country.

This auto-rickshaw owner from Kochi was so inspired by the Scorpio’s design that he decided to redesign his three-wheeler’s rear fascia in line of the SUV. As the image shows, the auto-rickshaw comes with Scorpio like vertically positioned taillights and there is even a tailgate and a spoiler like element as well. 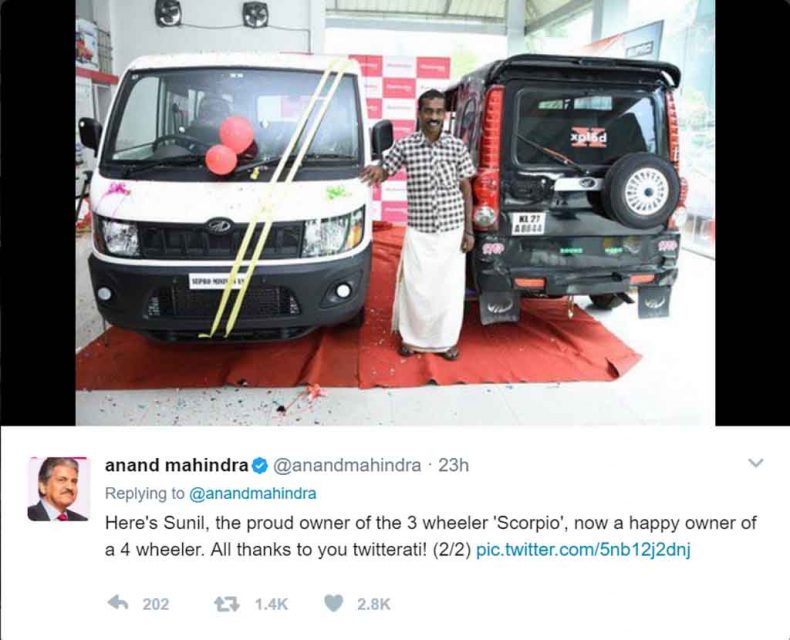 The Mahindra Scorpio comes available in three different engine options. There is a 75 bhp producing 2.6-litre m2DICR diesel engine, a 2.2-litre mHawk diesel engine capable of generating 120 bhp and there is a 2.0-litre engine exclusively for the Delhi NCR region that is capable of kicking out 120 bhp of peak power. The SUV comes equipped with a 5-speed manual gearbox doing the transmission duty. This SUV is priced between Rs. 9.84 lakh and 14.76 lakh (ex-showroom, New Delhi).