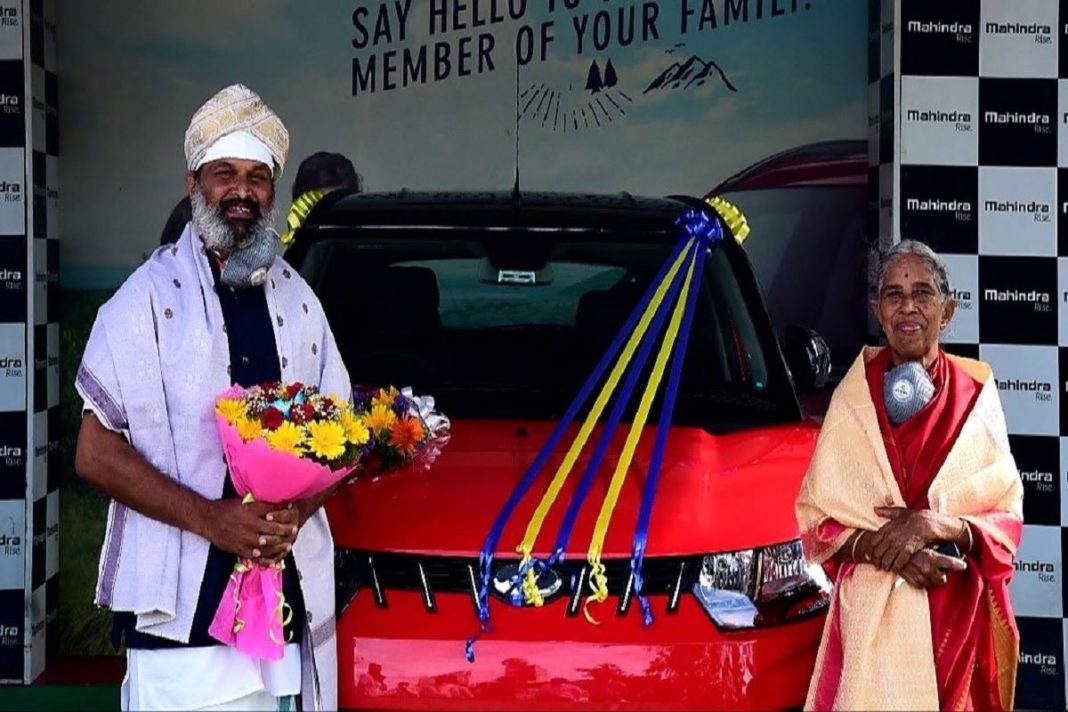 Remember the man who took his mother on a pilgrimage on a scooter? Anand Mahindra just gifted him a new KUV100 NXT

During October last year, a mother-son duo went viral in India, after they posted images of their pilgrimage online. Dakshinamurthy Krishna Kumar, a resident of Mysuru, took his mother to various temples across India, and even visited neighbouring countries like Nepal, Bhutan, Bangladesh, and Myanmar.

Krishna Kumar’s mother, Choodarathna, had never been outside of her hometown, and wished to see India. As such, her son left his banking job and set out on a spiritual journey with her, visiting all the temples of her choosing. The shared pictures also managed to catch the eye of Anand Mahindra, chairman of Mahindra Group. Mr. Mahindra found the story quite beautiful, and had expressed interest in gifting them a new car, so that they’d be more comfortable on their presumed next journey.

The journey began back on 16th January 2018, and after covering 56,522 km in two years and eight months, ended on 17th September 2020. Krishna Kumar, who dubbed this journey “Mathru Seva Sankalpa Yatra”, had customised his scooter’s pillion seat to increase comfort for his elderly mother, but it still would’ve been quite a task.

A beautiful story. About the love for a mother but also about the love for a country… Thank you for sharing this Manoj. If you can connect him to me, I’d like to personally gift him a Mahindra KUV 100 NXT so he can drive his mother in a car on their next journey https://t.co/Pyud2iMUGY

When the duo finally returned home, Anand Mahindra kept true to his word, and the duo was presented with a new KUV100 NXT. Just a day after their return, they were handed the keys to their new car at Mahindra India Garage in Hinkal. Krishna Kumar was extremely grateful after receiving this present, and expressed his gratitude for the same.

“We are really grateful to Anand Mahindra sir for his love and affection,” Dakshinamurthy Krishna Kumar told Times Of India, “We don’t have any words to express our feelings.”

Krishna Kumar has also stated that he wishes to undertake another such journey. He said that his travels and visits have taught him the importance of “Tapasya, Tyaga and Dharma”, which he wishes to share with others. He will also convert his house, at Bogadi, into a ‘Gnana Vikasa Kendra’, and involve himself in social service and spiritual activities.