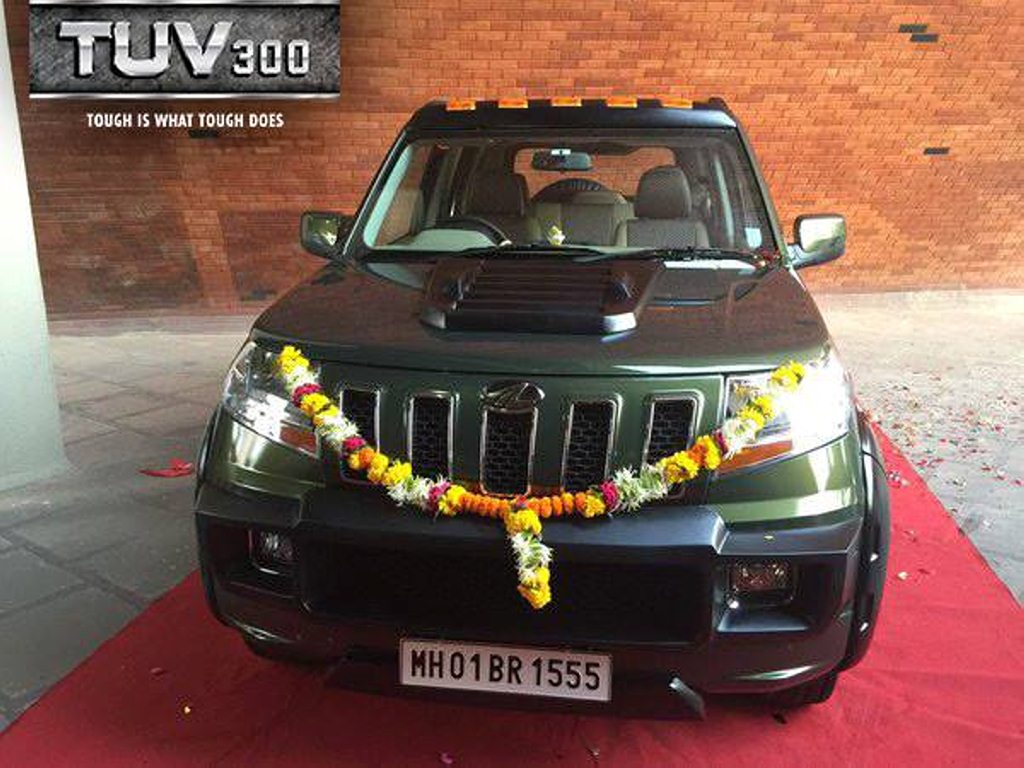 TUV 300 has become the most successful compact SUV that Mahindra ever built. The SUV has seen tremendous response and has a good amount of booking numbers and continues to sell around 5000 units on a monthly basis. Production had to be ramped up to meet the demands. All of this is witnessed by customers and the aspiring buyers go to the showroom to look. Once he also finds the vehicle is good enough, he goes ahead and buys it.

We think this is not the idea with the special case we have today. This new customer knew that this vehicle had been in the making for the last three years. He probably saw the car first before anyone else did. He is none other than the Mahindra group Chairman and managing director Mr. Anand Mahindra. Mr. Anand Mahindra has just bought himself an TUV 300. The Mumbai based company chairman has bought himself no ordinary TUV 300. It is the fully loaded variant which has accessory pack what the company calls as the ‘Armour pack’. It gets a hull on the bonnet, marker lights with shrouds, stone guards, front and side skirt look like armour and much more. These moves are very rare. The chairman of companies, even in the automotive world are seen roaming around in European luxury saloons cars. Mr. Mahindra previously had the XUV 500 as well for himself. The color chosen by Mr.Mahindra is Battle Green and we are sure it has all the bells and whistles. So what happens to the XUV 500? Does it stay still in the parking lot or moves ahead to office duties? Or is it waiting at a nearest Mahindra First Choice Dealer? Who knows!