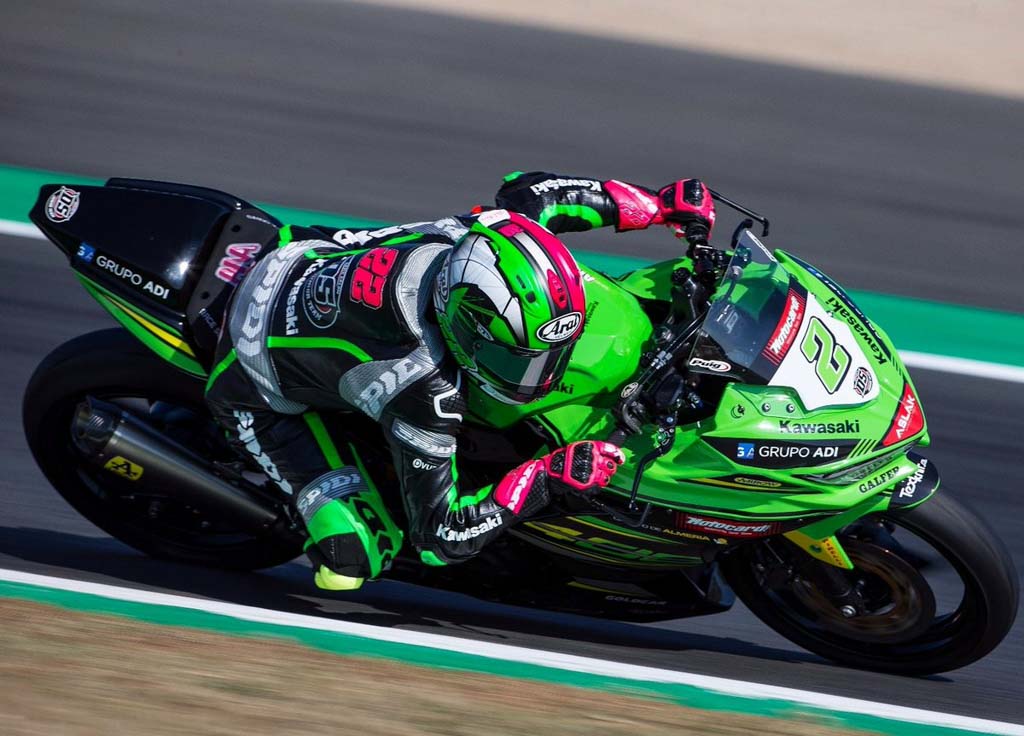 Ana Carrasco, the 21-year-old Spaniard, made history at WSSP 300 by clinching the world title by a single point in the finale

For the cynics who rant about female riders and make silly banters at them, here’s someone you would definitely need to know about – someone rightfully defying the erstwhile perception and will remain as an inspiration for a generation!

Motorsport has often been contemplated as a male dominated sport but the glimpses of female competitors have always been there for years. Maria Teresa De Filippis became the first woman to enter an F1 race way back in 1958 at Monaco, 17 years before Lella Lombardi tallied first point for a female racer.

Recently, Simona de Silvestro could have been a big thing in F1 if she had kept her Sauber racing seat alive after a promising open-wheel career in the United States and Susie Wolff was in a notable number of practice outings for Williams in 2014 and 2015. The list goes on and on and motorcycle racing is no exception to female talents as well!

Ana Carrasco won over hearts when she became the first female rider to secure points in the Moto3 and Moto2 class of CEV championship before moving to WSSP300 (World Supersport) in 2017. The now 21-year-old made history when she took the chequered flag in Portugal before taking a dominant victory at Imola this season to clinch the championship lead.

Following another win at Donington, the Spaniard could not achieve desired results in the next three rounds but managed to keep her cool in the finale at Magny-Cours in France and held on to a crucial lead. Going into the final race with a lead of 10 points over teammate Scott Deroue, what panned out was nothing short of dramatic.

Despite a disastrous qualifying, Carrasco found her way into 15th and moved up two more places when title contender Deroue retired due to technical gremlins. Initially fighting for the race win, another title contender Perez dropped to fourth in the penultimate lap but clawed his way back into lead momentarily.

However, Dani Valle put on a feisty last-gasp move in his MS Racing Yamaha to take his maiden victory. At last, 13th place was good enough for Carrasco to write history by a single point. She has become the first woman ever to win a motorcycling world title and a premiere class MotoGP ride could come knocking in the near future.

Ana Carrasco started riding motorcycles when she was just three years old. Born out of a racing family as her father was a mechanic for pro riders, she made international debut at the age of just sixteen in Moto3 in 2013 and quickly impressed. She has dedicated her world championship to fellow Spaniard Luis Salom who lost his life in a practice crash back in June 2016.