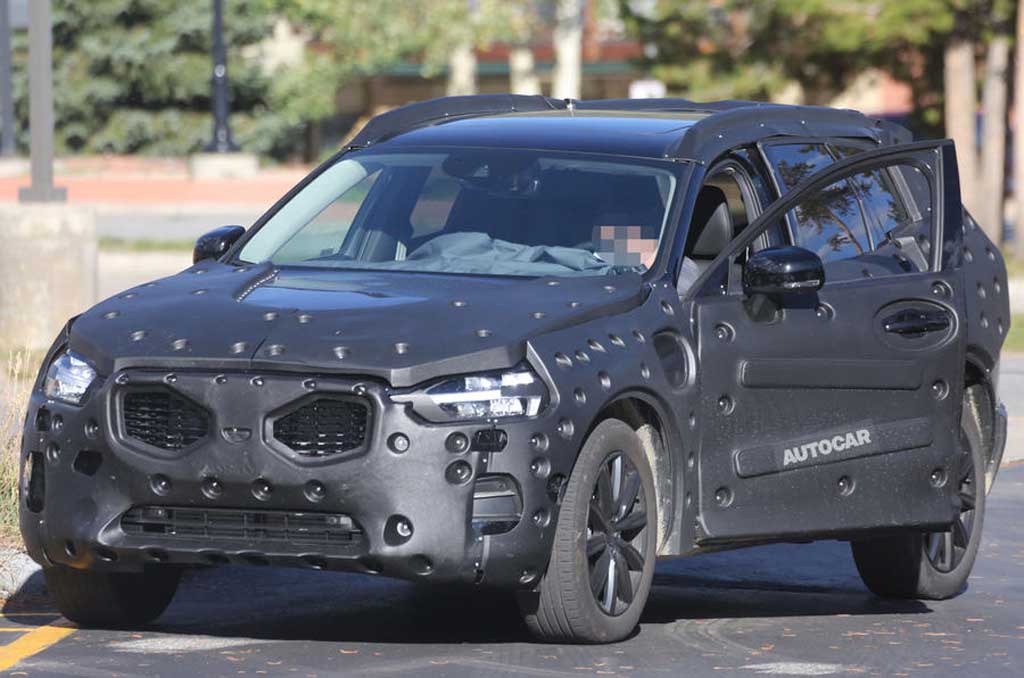 New Volvo XC60 spied testing ahead of its 2017 launch, and the car takes design cues from its larger sibling the XC90 flagship SUV

Volvo’s upcoming new-generation XC60’s test-mule has been spied testing on roads, and the car is expected to launch in 2017. As it seems, it takes design cue from larger sibling XC90, which has already become successful with its stylish design, range of technologies, and luxurious features on offer.

Volvo XC60 is already one of the popular models from the Swedish luxury automaker, and in its new guise the car is likely to become more appealing compared to outgoing model. The heavily disguised XC60 test mule spotted features Volvo’s Thor’s Hammer LED daytime running lights integrated to headlamp. The front grille also borrows design cue from XC90, as it features a large grille. Front bumper is also expected to receive refreshed appearance. 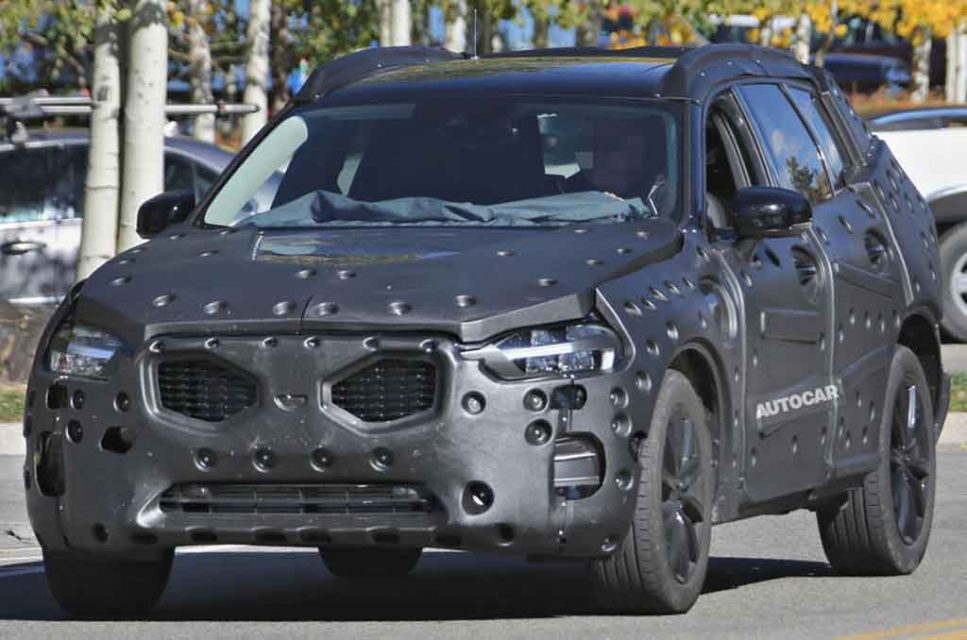 Apart from that, bold multi-spoke alloy wheels are visible. The side profile could also receive other changes, but those changes are yet to be revealed. At rear profile, the vertically positioned large taillights can be figured out, while the rear bumper could come revised as well.

Interior of upcoming all-new Volvo XC60 gets a revised appearance as well. It becomes much sharper and stylish compared to the outgoing model. taking design inspiration from its larger sibling XC90 the upcoming Volvo XC60 gets a large tab-like touchscreen infotainment system, which certainly grabs attention once you enter the cabin. Apart from that, the horizontal air vents can be visible in the spyshots as well. Also expect the car to sport a fully digital instrument cluster instead of conventional analog dials, which enhances the appeal further. 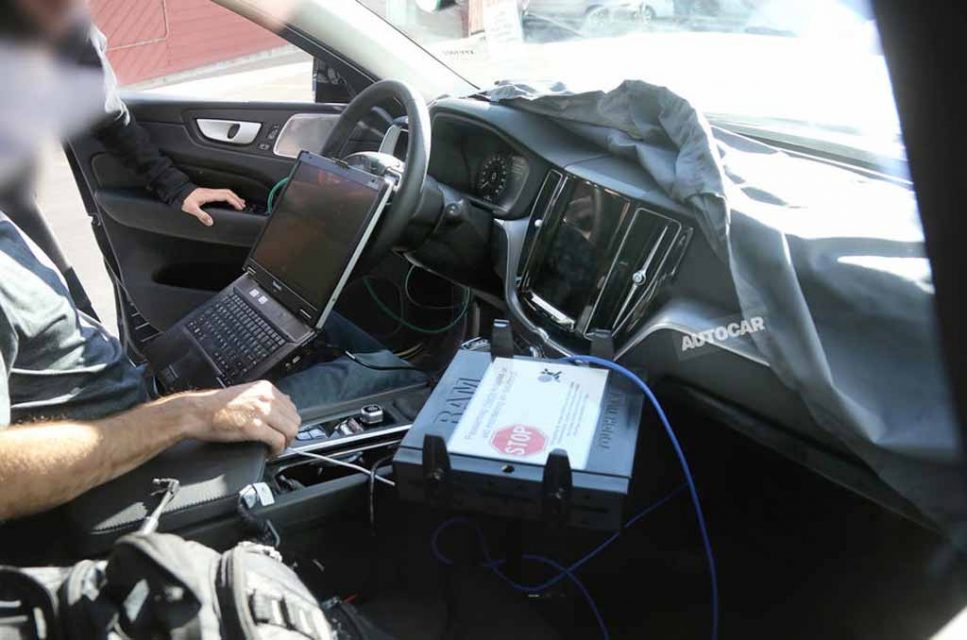 Upcoming new-generation Volvo XC60 will get range of 2.0-litre diesel and petrol engines as power source, while there could be a hybrid powertrain on offer as well. Reports suggest that, the 2.4-litre D5 engine available in the outgoing XC60 will be discontinued in upcoming model. Once launched, the car will take on rivals like Audi Q5 and BMW X3.