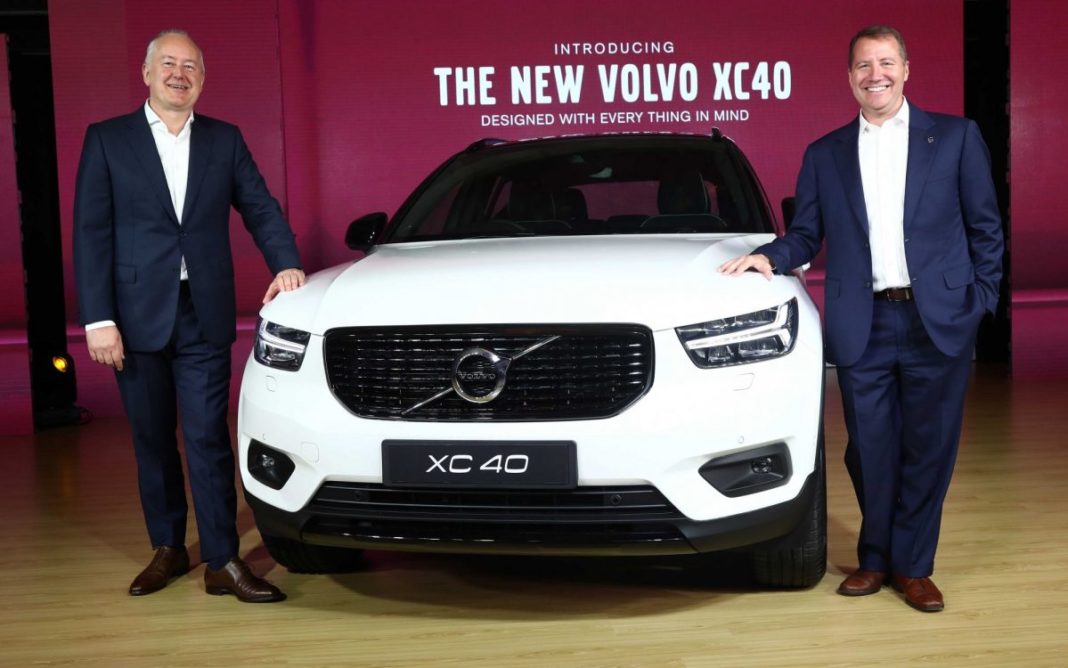 2018 Volvo XC40 is based on modular CMA platform; shares design cues with bigger XC90 and gets powered by fuel-efficient 2.0L diesel engine

The all-new XC40 made its world debut in Milan, Italy last year and it has finally been launched in India at a highly aggressive pricing with much anticipating resting on its shoulders.

The smallest SUV from the brand competes against the likes of usual nemesis like Mercedes-Benz GLA, Audi Q3, Range Rover Evoque and BMW X1. Here is everything you need to know about the smallest Volvo from Indian buyers’ perspective:

Already previewed through 40.1 and 40.2 concepts, it was only logical that the XC40’s new design language had been derived from them partially and resembled that of XC60 and flagship XC90. Underneath the body, you could find the Swedish brand’s new modular CMA architecture co-developed with Volvo’s Chinese owner Geely.

It also means the XC40 will be brought into India as a full import, at least initially, as the assembly facility in Karnataka has so far been prepared for SPA (Scalable Product Architecture) platform only. Currently, XC90 is assembled there and it will be followed by S90 soon. 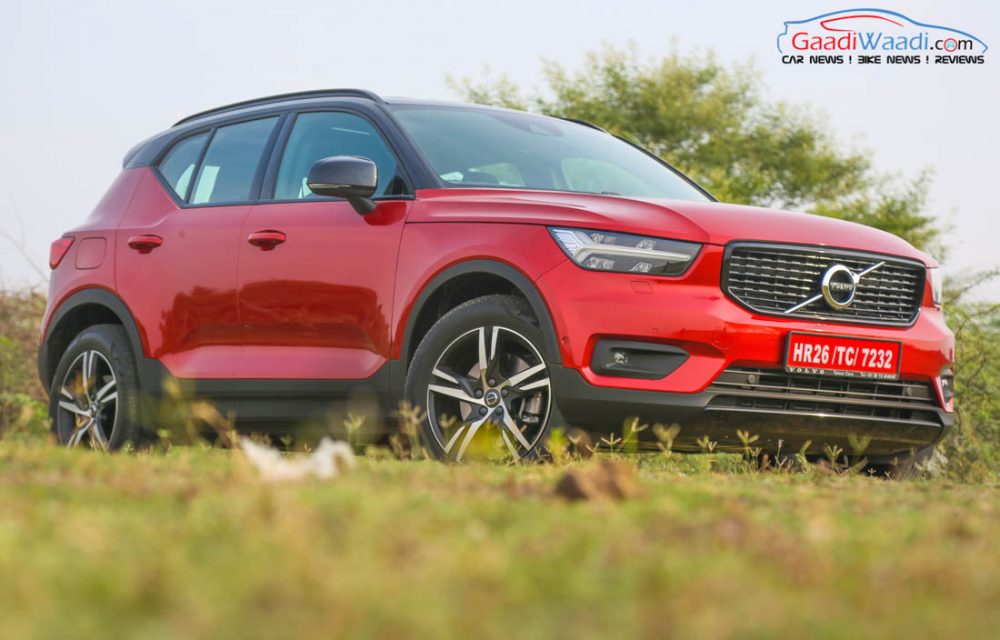 The CMA is crucial for the company and it will also spawn the upcoming smaller 40 series models and electrified vehicles in the near future. It is used for the construction of Geely Lynk & Co 01 which became the fastest selling car in the world recently.

Geely takes advantage of its ownership in Volvo and tries to make a breakthrough with Lynk & Co. Volvo banks on the different interior choices of the XC40 while saying that it will have variety of colour options. However, there is only one trim on offer for India. 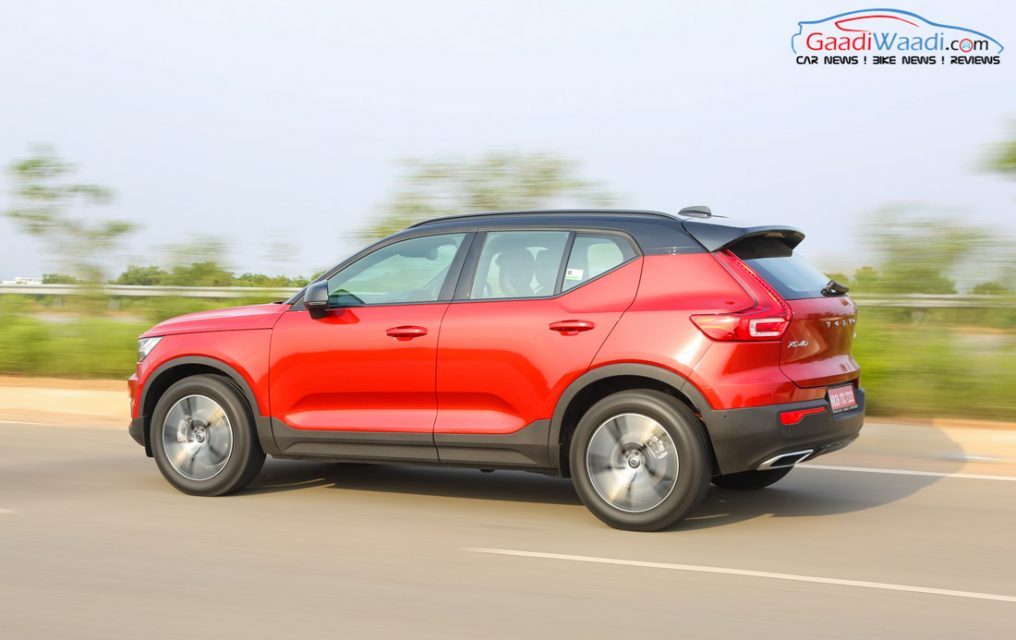 The XC40 has the now-signature Thor’s Hammer LED Daytime Running Lights, pronounced grille, large wheels and an overall profile with modern styling. Volvo’s first ever entry in the small luxury SUV segment has been made available with dozens of possible exterior and interior colour combinations.

It has a “distinctive car for a distinctive driver” within the brand’s SUV lineup and is claimed to bring vibrancy, individuality and playfulness the segment currently lacks globally. According to Volvo, the most expressive model in the portfolio is designed to reflect the outgoing personalities of its drivers. 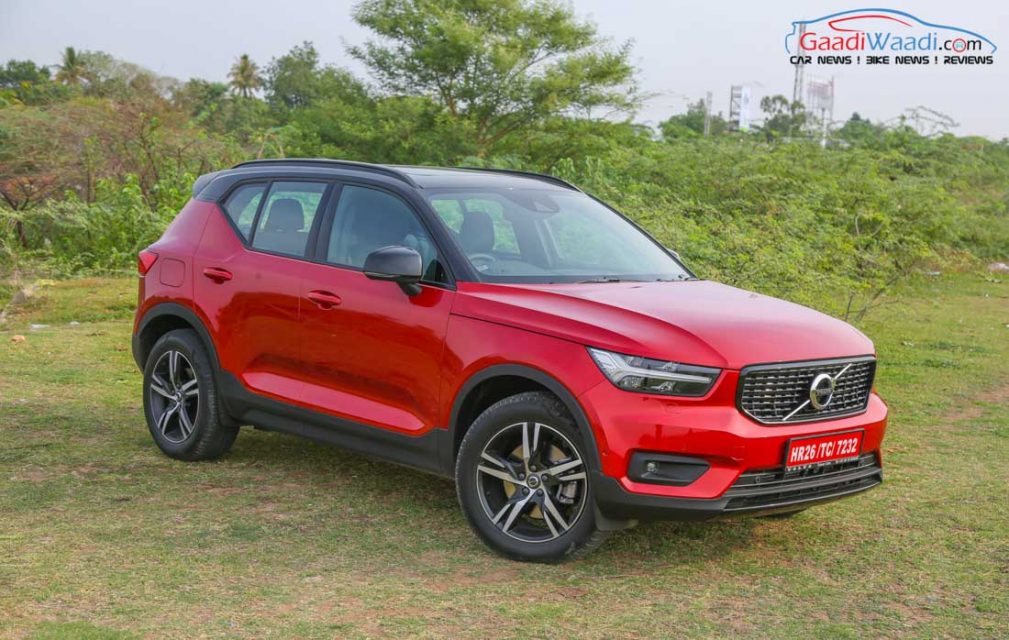 Street fashion, city architecture, high-end designer goods and popular culture were sources of inspiration as for the design team while defining materials, patterns and colour options. On the outside, a wide range of colour combination includes a solid, monochromatic theme, to dual compositions in vivid colours. India gets a dual-tone exterior in the R-Design trim.

For India, the single engine option is the familiar 2.0-litre four-cylinder diesel D4 engine making 190 hp and 400 Nm. The D4 diesel is coupled to an eight-speed automatic transmission delivering power to all four wheels as standard. 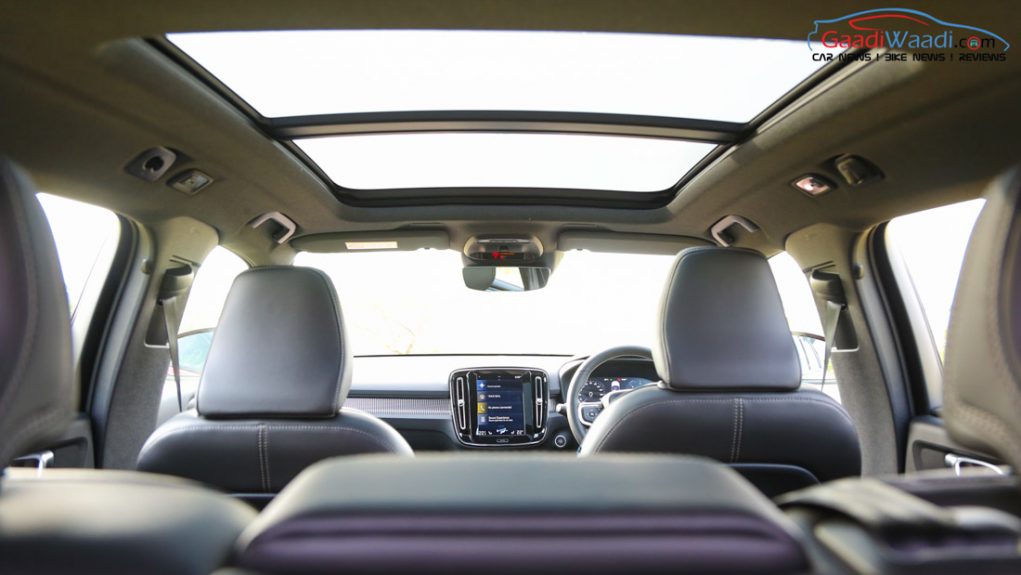 With packed features, the XC40 D4 diesel is offered in R-Design version before the possible arrival of First Edition with addition of more features seeing the response of young luxury vehicle buyers the brand is targetting at.

As for the interior colour choices, the XC40 gets unique upholstery and a range of new and distinctive trims and materials as the R-Design sticks by more dynamic and premium feel. 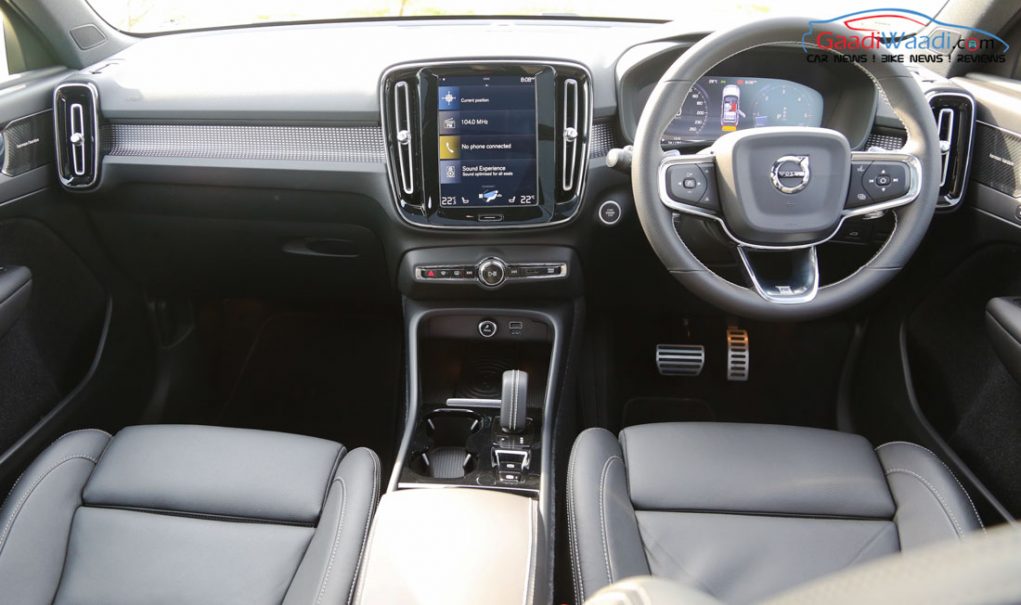 The 12.3-inch TFT instrument panel is carried over from the XC60 and XC90 while a 9.0-inch infotainment screen sits in the middle of the dashboard. It is claimed to offer radically new approach to storage inside the car with spaces under the seats and doors amidst the presence of fold-out hook for small bags, and a removable waste bin in the tunnel console.

Smartphones can be stored in a special space with inductive charging and comes connected to the infotainment using Android Auto and Apple CarPlay. To allow more functional storage space, Volvo moved speakers from doors and created the world’s first air-ventilated and dashboard mounted sub-woofer. Thus, the traditional speaker space in the door compartment can be used to store a laptop and a tablet or a couple of water bottles. 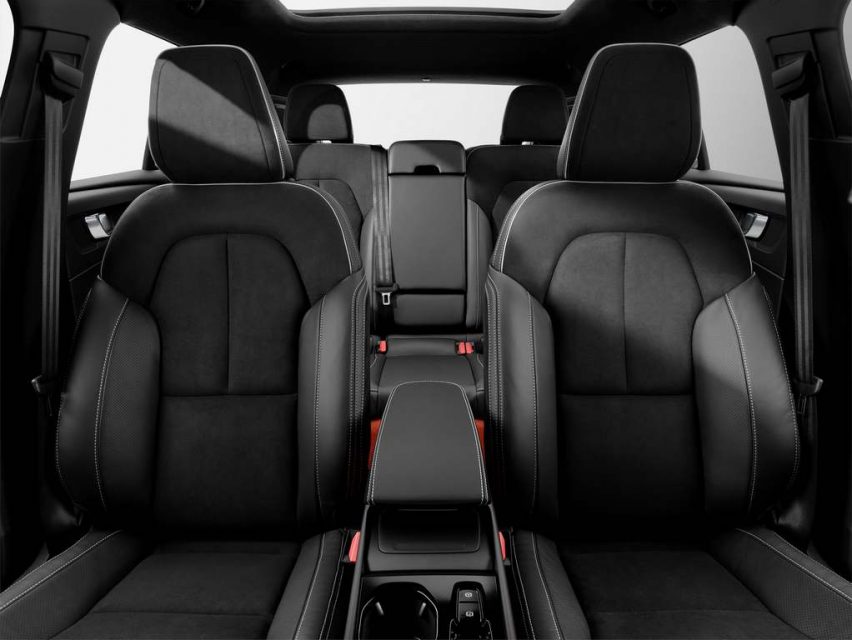 During the development of centre tunnel, Volvo worked on physical appearance as well to make ensure cup-holders can be used for its desired purpose. The design also provides areas for coins, cards or charging cables. Stuff like credit and service cards can be inserted into the dashboard of the XC40 as well.

Due to the clever tunnel console, beneath the armrest there is a large enough area for a tissue box while a removable bin helps in discarding and quickly getting rid of waste. The packed safety features include Pilot Assist, City Safety, Run-off Road protection and mitigation, Cross Traffic Alert with Brake Support and 360-degree camera among others. 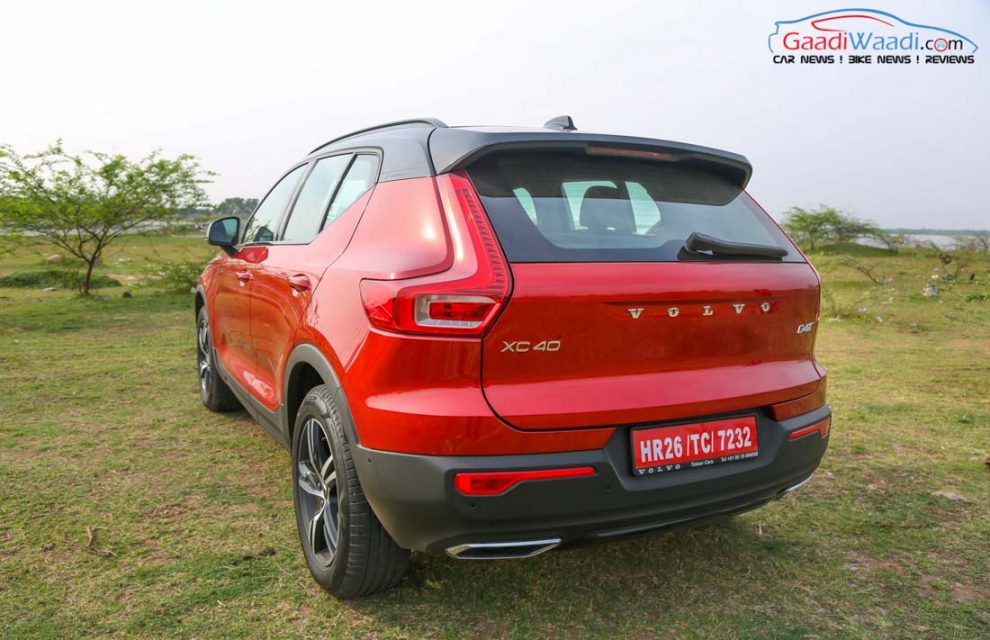 Volvo says the new XC40 is one of the best-equipped small premium SUVs on the market and we cannot argue against it. Volvo expects to have sustained double digit growth in India with the arrival of the XC40. 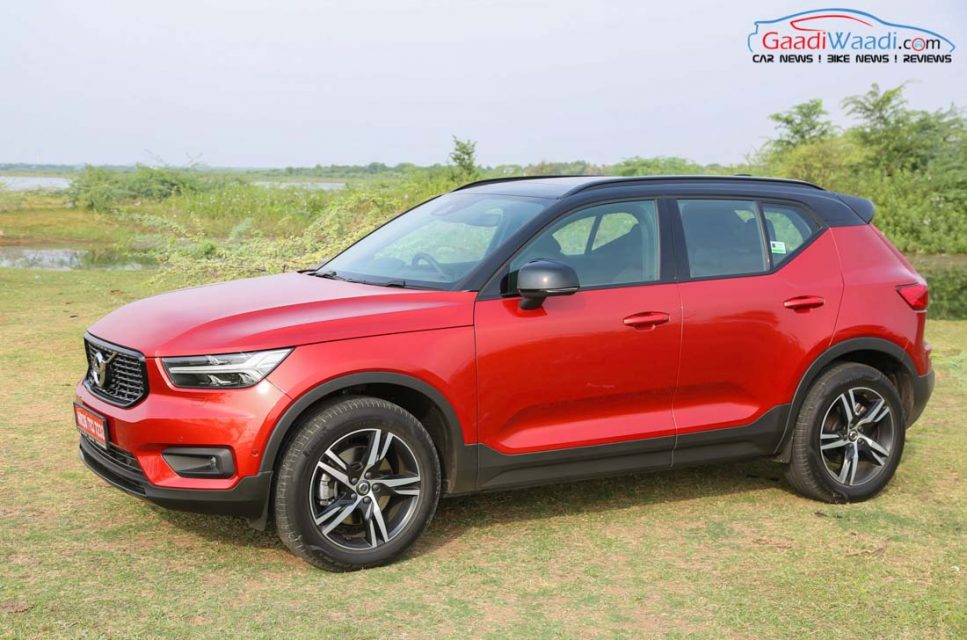 With fuel-efficient engines and a feature-packed lineup, Volvo could be making giant steps to lure entry-level luxury SUV buyers. It will make for an attractive prospect in India considering the popularity of GLA and Q3.

Given the aggressive price even for full imports from Volvo, the pricing has been well made for the XC40 at a highly competitive Rs. 39.90 lakh (ex-showroom introductory, pan India) for the R-Design single trim. 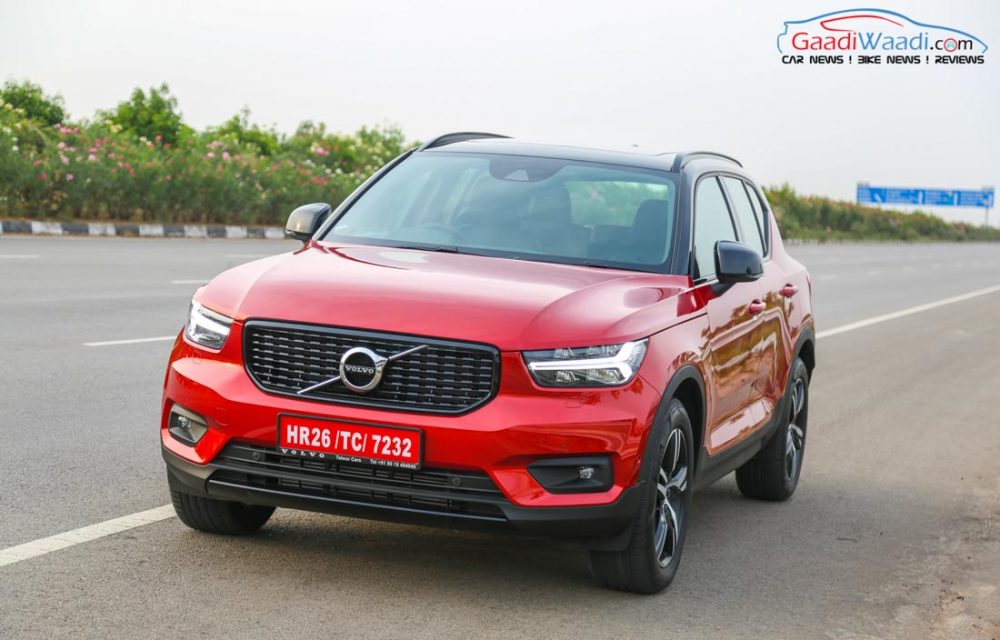