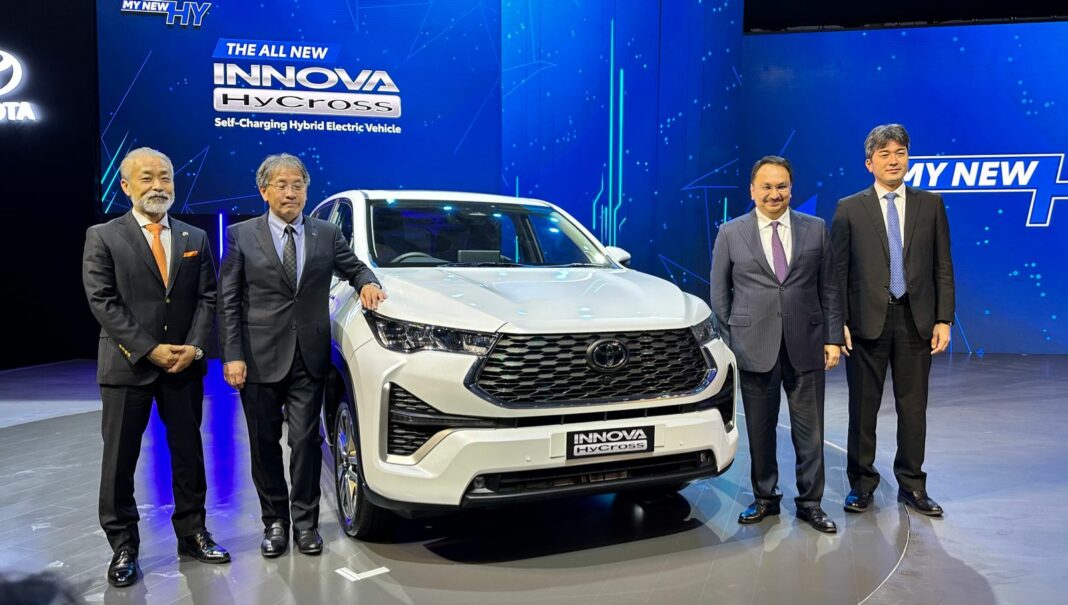 Toyota Kirloskar Motor (TKM) has unveiled the all-new Innova Hycross in India ahead of its official price announcement next month and deliveries by mid-January. The third-generation Innova made its world debut in Indonesia on November 21, 2022 and it has finally made its way to India where the nameplate is highly popular as over a million units have been sold so far.

The Toyota Innova Hycross will be more premium than the Innova Crysta and both will co-exist in the brand’s domestic lineup. Thus, discerning customers will have a wide option to choose from as the diesel variants of the Innova Crysta will be back on sale next year. The Innova Hycross, on the other hand, will be a petrol-only model and has plenty of tricks up its sleeves.

The Hycross will be available in seven- and eight-seater configurations and is equipped with a strong hybrid powertrain. The heavily localised hybrid system works in a similar fashion to that of the Urban Cruiser Hyryder. The 2.0-litre four-cylinder Atkinson Cycle petrol engine works in tandem with an electric motor and a battery pack to form the strong hybrid tech. 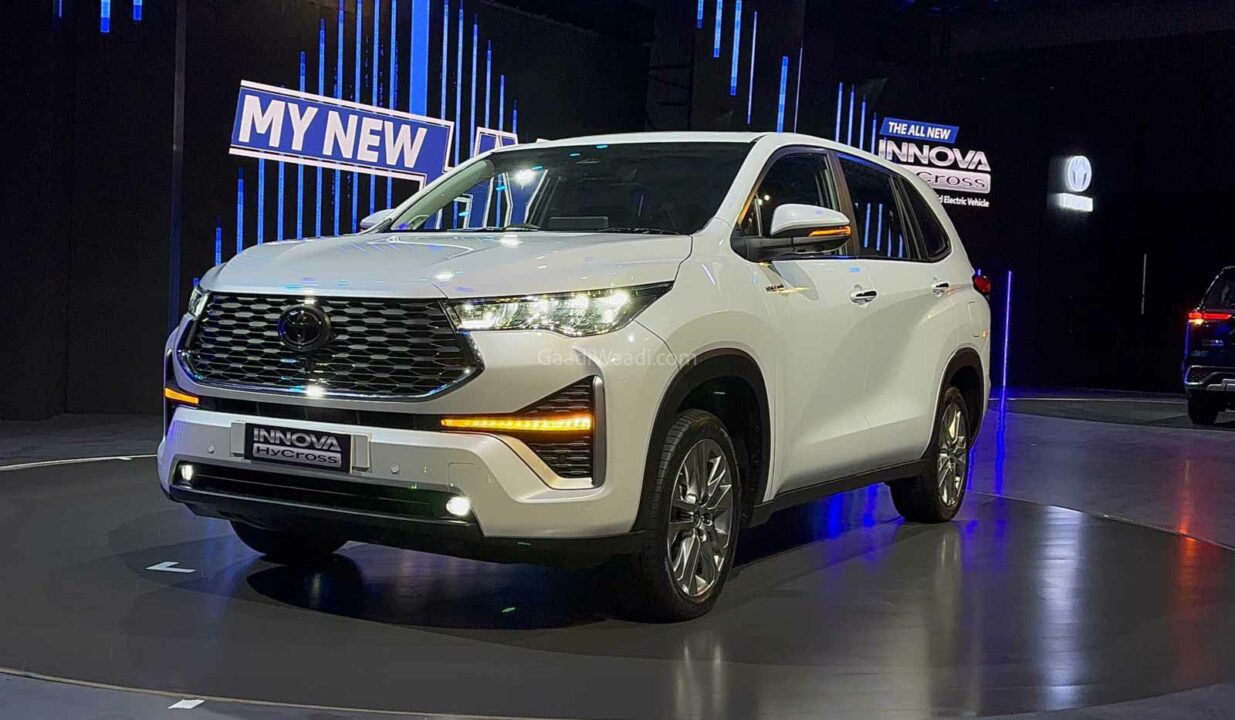 It will also feature a dedicated EV mode and the ARAI-certified claimed fuel efficiency will stand at 21.1 kmpl. The Toyota Innova Hycross will be priced at a premium over the Innova Crysta as it could carry a price tag of around Rs. 22 lakh for the base trim and it may go all the way up to Rs. 28.5 lakh for the range-topping model (ex-showroom).

The exterior and the interior are a radical departure compared to the Crysta while the features list and technologies are more upmarket appealing to modern buyers. One of the key highlights of the Innova Hycross is the modular TNGA-C platform it is based on (sheds 200 kg weight). The monocoque construction makes it a front-wheel drive MPV as opposed to the RWD configuration enabled by the iMV ladder frame in the Crysta. 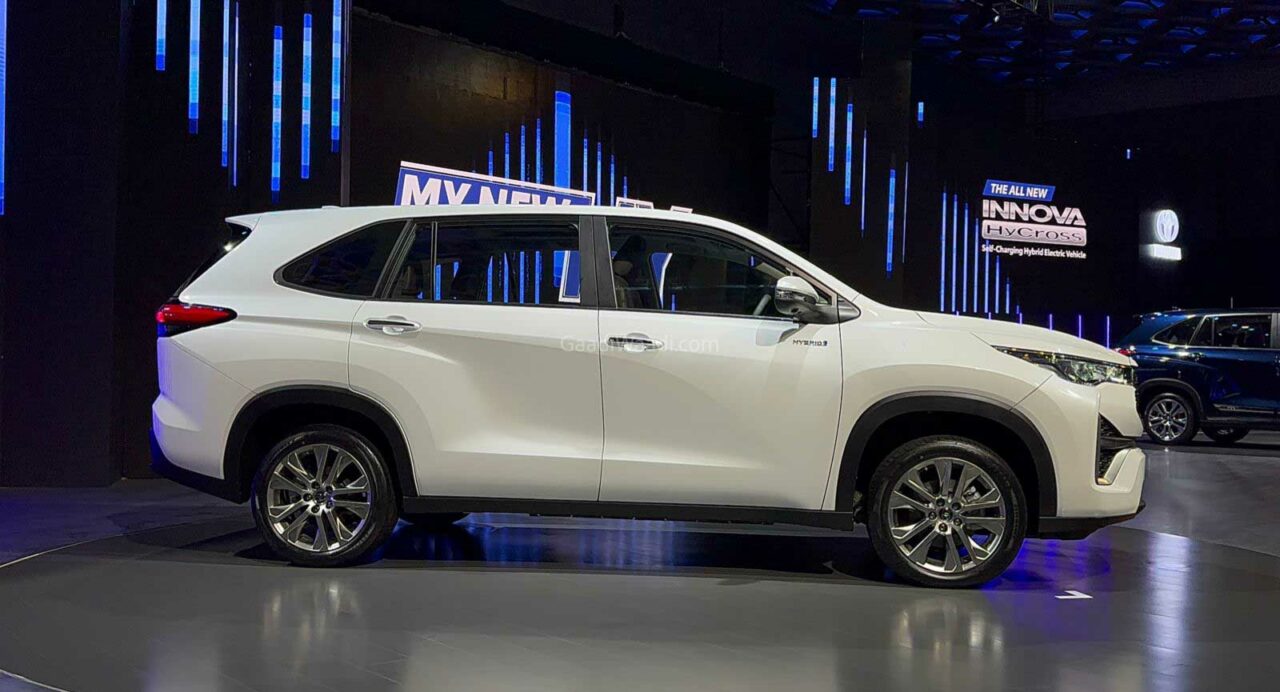 The Innova Hycross is longer and wider than the Innova Crysta while the ground clearance, approach angle, departure angle and overall height are similar to its older sibling. It also has a longer wheelbase by 100 mm making it more spacious. While the strong hybrid powertrain delivers 186 hp and comes paired with an e-CVT, the 2.0-litre naturally-aspirated petrol engine produces a maximum power output of 174 hp and 197 Nm of peak torque.

It will also be connected to a CVT automatic transmission and no manual gearbox will be available in the Innova Hycross. The exterior comprises a new design heavily inspired by Toyota’s global SUVs while drawing influence from the Voxy and Veloz. The more upright front fascia features a trapezoidal grille with black inserts and chrome surrounds, updated LED projector headlamps in twin part fashion and new LED Daytime Running Lights. 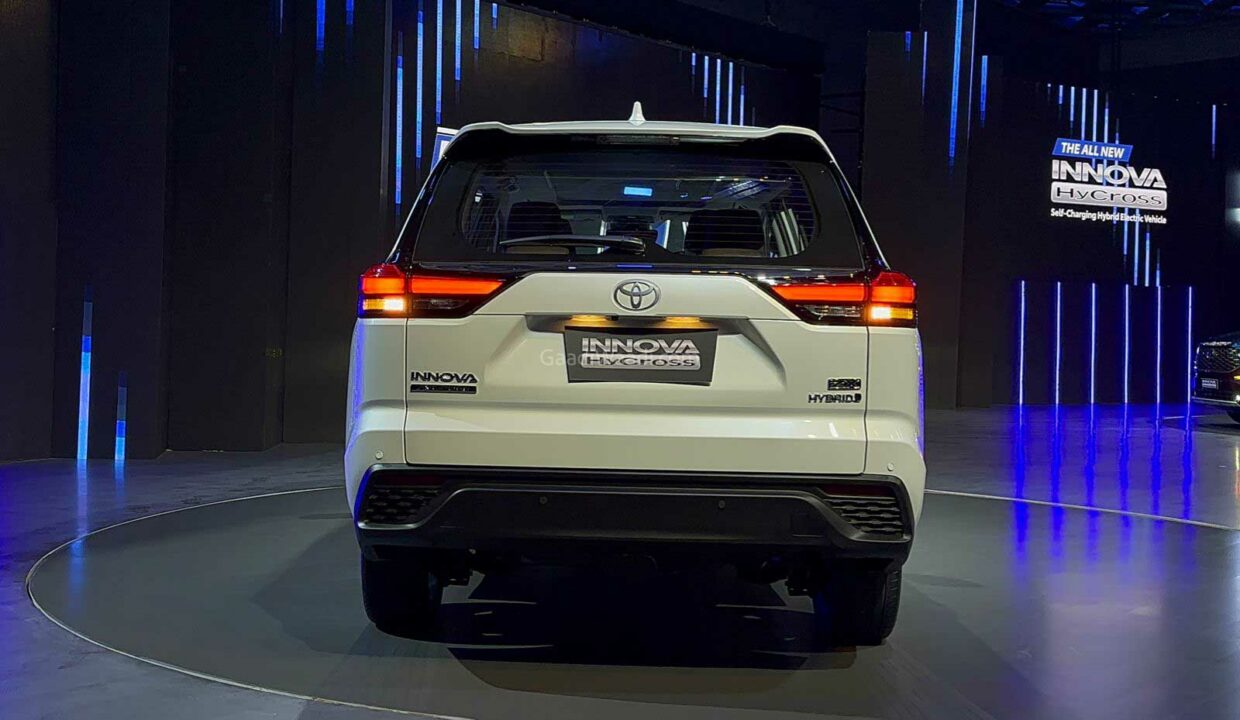 Other visual highlights are a muscular bonnet with new creases, newly designed larger and wider set of alloy wheels, more prominent shoulder lines and side creases, more angular A-pillars, new C- and D-pillars, wraparound LED tail lamps, and a revised rear bumper and tailgate. The cabin gets a thorough makeover with the presence of a new layered dashboard as in the Voxy and a new centre console. 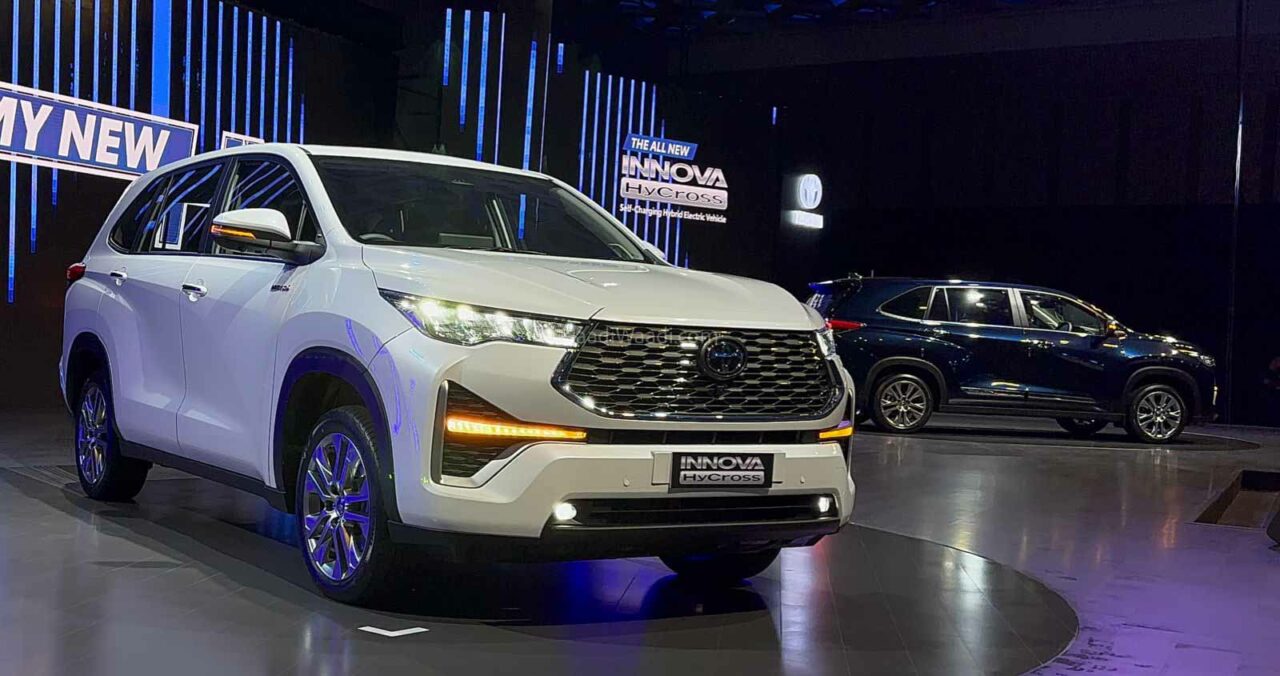