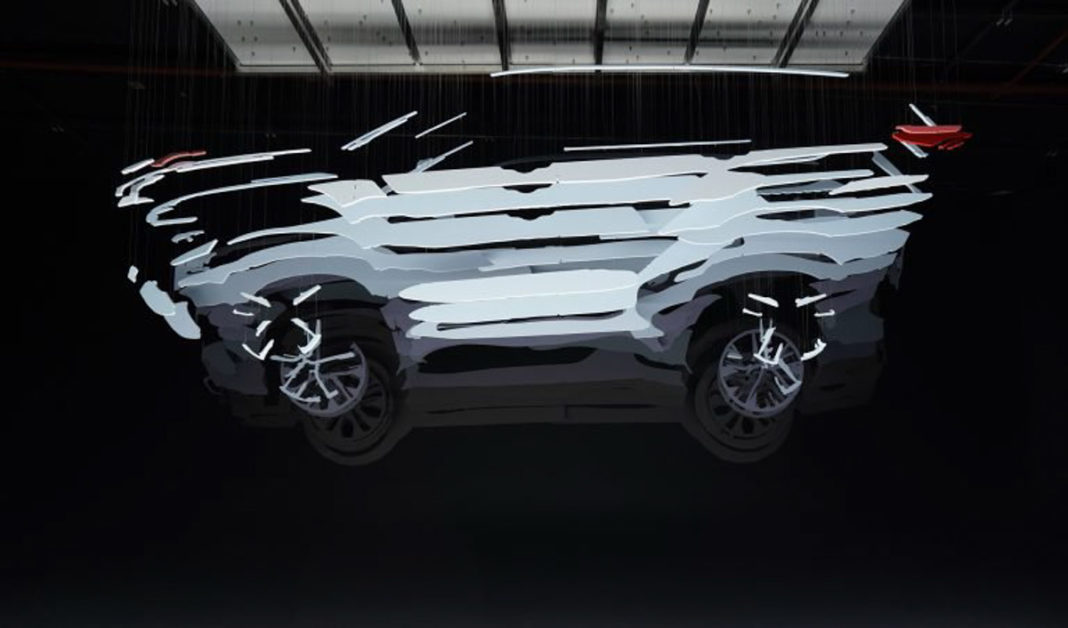 Toyota is preparing to reveal the next generation Highlander for the international markets at the 2019 New York International Auto Show opening for the press on April 17. The Highlander mid-size crossover is sold across different parts of the world as Kluger and it made its debut in 2000 at the Big Apple.

The next generation Highlander will primarily focus on the United States market as Toyota set record sales of nearly 2.5 lakh units there last year and it will be hoping to exceed that target in the near future. The Japanese car manufacturer has partnered with Michael Murphy, an augmented reality artist, to create a 3D illusion that has the Highlander hanging on nearly invisible strings.

Leading up to the global premiere, Toyota will be projecting the 3D rendering onto the buildings situated in NYC as it will give a completely new perspective of the crossover’s design. According to Toyota, the styling of the 2020 Highlander indicates a powerful stance with a modern and sophisticated attitude.

The 3D illusion rendering floating through the air took up to a couple of months for the artist to make, as he painted each piece by hand after developing 3D printouts of the car’s rendering. The 200 individual pieces are strung together to create a phenomenal artwork that will be admired.

The Highlander has bigger dimensions than the outgoing model while featuring a raft of exterior updates inspired by the RAV4. It gets bigger grille assembly complemented by a pair of slimmer headlamps, more angular D-pillar, muscular wheel arches, sporty character lines, a more compact rear end, etc. 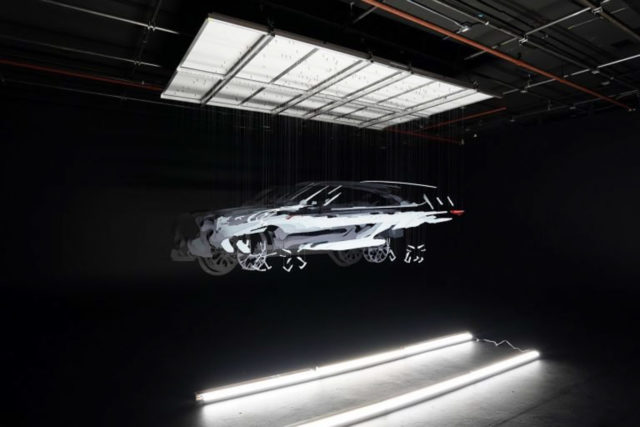 The existing platform appears to have been updated to lower the overall kerb weight and increase the rigidity further and it will help in making the Highlander more fuel efficient than before. Expect some form of electrification going into the powertrain lineup as Toyota’s hybrid expertise would have come in handy while developing the new Highlander.