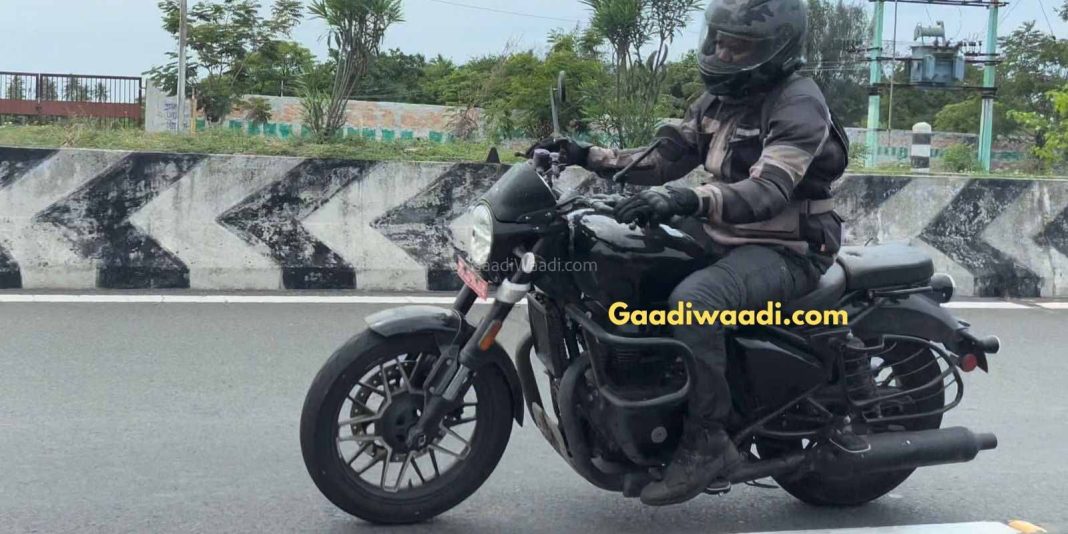 Royal Enfield has been testing a number of new motorcycles on public roads as it looks to strengthen its domestic portfolio alongside expanding into new segments. In recent months, we have seen an all-new dual-purpose adventure tourer with a liquid-cooled engine, next-generation Bullet 350, Hunter 350 and a trio of 650 cc motorcycles based on the 650 Twins.

The homegrown manufacturer has tasted tremendous success in the international markets in recent years and the Interceptor 650 as well as the Continental GT 650 have been well received. As part of rivalling more upmarket competitors and bringing in fresh products, RE is developing a 650 cc cruiser that could go by the name Super Meteor while an SG650 Concept based bobber is also in the works. 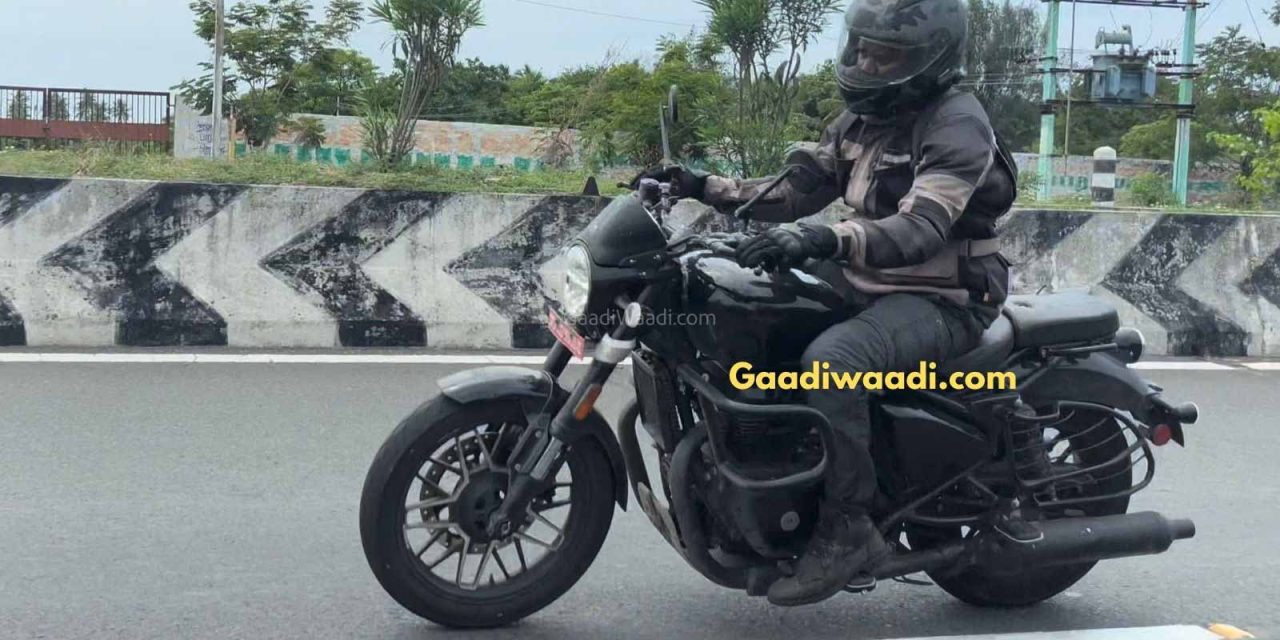 The crash bars have moved inwards and the pillion footrest is noticeably larger in size. Other highlights are a split seat setup, circular rearview mirrors, chunky rear fender, a compact rear end with round-shaped tail lamps, an upright handlebar enabling a relaxed riding position and a prominent engine sump guard.

A semi-digital instrument cluster with a Tripper Navigation system will be available while the short fly screen should help in deflecting some portion of the wind. As for the performance, a 648 cc parallel twin-cylinder air- and oil-cooled engine developing 47 PS and 52 Nm will likely be utilised, paired with a six-speed transmission.

Features like upside-down front forks, slipper clutch and a dual-channel ABS system will also be on the cards. Royal Enfield is planning to launch its affordable Hunter 350 roadster in India next and it could be priced around Rs. 1.5-1.6 lakh (ex-showroom) – in the same territory as the recently launched TVS Ronin neo-retro cruiser.