Gaadiwaadi.com
Home Cars News All-New Hyundai Elite i20 Launching Next Year; To Be Bigger And Bolder

Hyundai Motor India Limited (HMIL) has a number of new launches lined up for this year. Chief among which the Venue sub-four-metre SUV is slated to go on sale on the 21st of this month while the electrified Kona is expected to arrive in the second half of 2019. Moreover, the new generation Grand i10 is also reportedly scheduled to debut around September and the facelifted Elantra may arrive in the closing stages of this calendar year.

As part of consolidating its domestic range, the second largest carmaker in India will introduce the second generation Elite i20 supposedly sometime next year. The Elite i20 has often been among the top three selling models for Hyundai over the years and it has endured phenomenal success in the premium hatchback segment.

However, Maruti Suzuki Baleno did eat into its volumes by a big margin in recent times. While both were exchanging top position in the monthly sales chart in the initial stages of their duo, the Baleno began setting lead and it continues to maintain it till date. In 2018, the Baleno sold nearly 70,000 units more than the Elite i20. 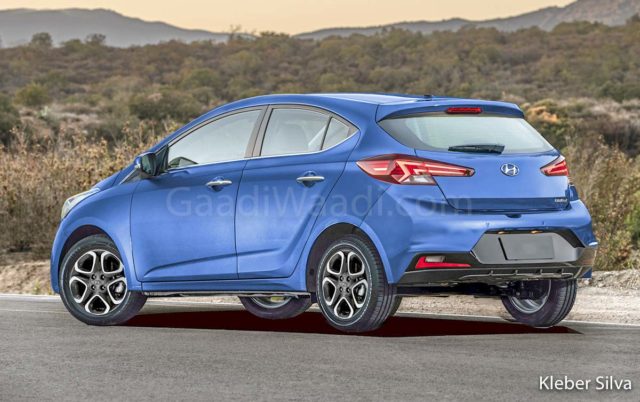 As the threat of the newly arriving Tata Altroz should not be taken lightly as well, Hyundai could be trying to make a big impact with the next generation Elite i20. It is expected to have bigger dimensions (courtesy of the updated platform) than the hatchback currently on sale helping in increasing the occupant space as well as utility volume.

It could have advanced high strength steel construction as in the new Santro and Venue, and will be upgraded to meet BNVSAP crash test regulations coming into effect this October along with having a whole host of standard safety features like dual front airbags, front seatbelt reminder, reversing sensors, speed warning system, speed sensing auto door lock, etc.

The current petrol and diesel engines could be carried forward with BSVI compliance. Hyundai will likely continue to offer both manual and automatic transmission options with the 2020 Elite i20.