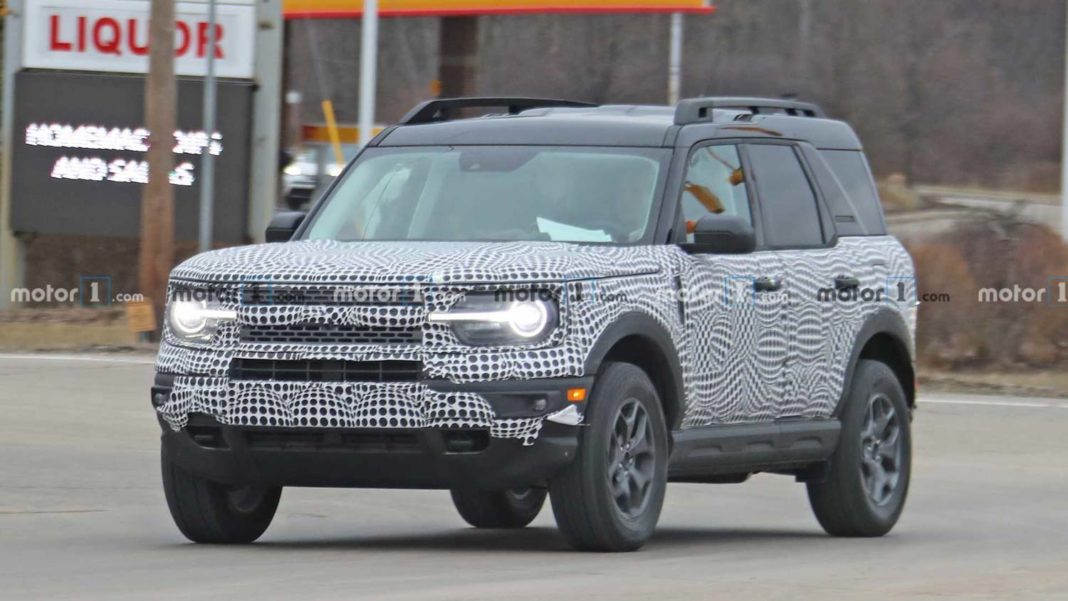 The new generation Ford Bronco series leaked on the internet revealing exterior details but the pictures were not very clear to give us an in-depth look into the highly promising range of SUVs. A latest set of spy images quenches our thirst as it is clear enough to unveil the design language. For starters, the Bronco Sport, just as its siblings, follows an upright styling with tall pillars and flat surfaces.

The front fascia comprises of round-shaped LED headlamps, almost flat bonnet structure, slightly raked windshield, blackened wheel arches, black adding all around, horizontal strip connecting the headlamps, Bronco emblem sitting in the middle of the grille, and fog lamps pushed to the edges in the lower section of the bumper.

The side profile boasts tall pillars to ensure a large greenhouse and this will help in accommodating more space inside the cabin. The angular silhouette and inclined C-pillar add an aggressive modern off-roader stance to the SUV. The Bronco Sport is based on the same architecture as the Escape but is certainly more rugged in design. 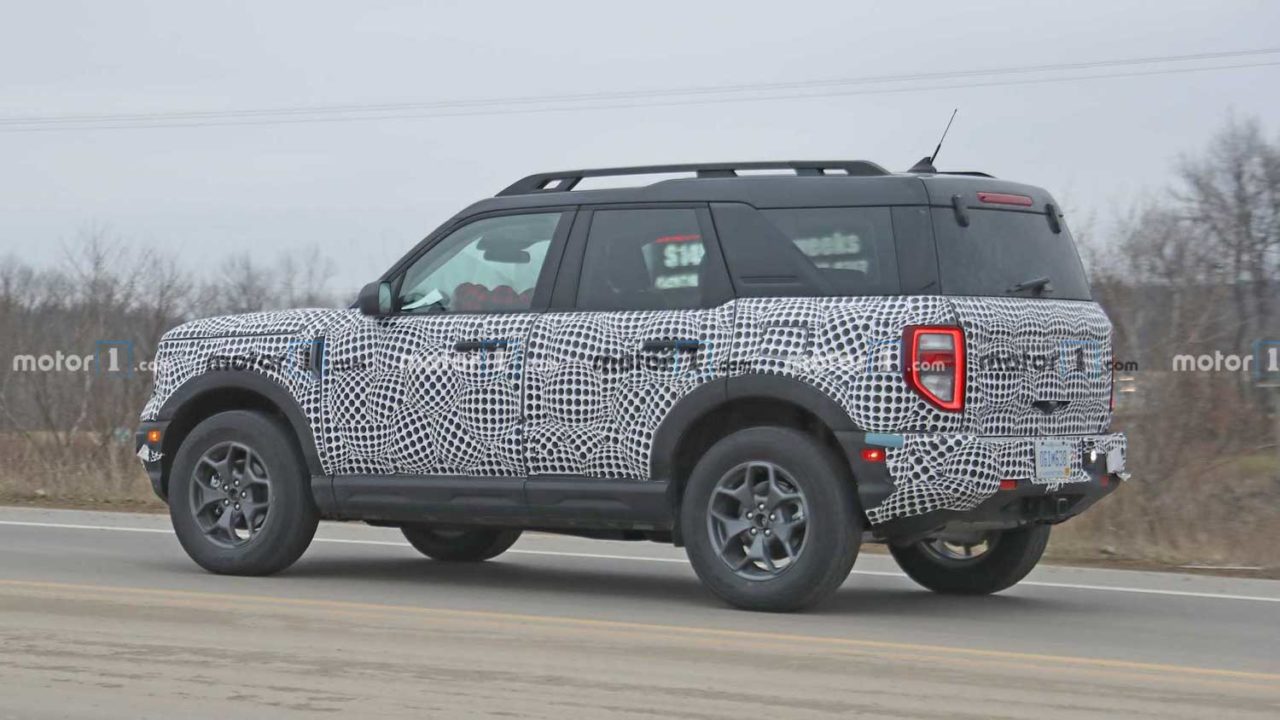 The rear shows separate opening of the glass and exhausts are positioned in each corner. Moreover, the LED tail lamps are grafted in horizontal fashion and there is a large flat trunk. It will be powered by 1.5-litre EcoBoost and 2.0-litre EcoBoost powertrains, mated to an eight-speed automatic transmission.

Both the engines can be found in the Escape and the 1.5-litre unit develops 180 horsepower and 240 Nm while the 2.0-litre kicks out 250 horsepower and 373 Nm of peak torque. Upon debut likely this April, the Ford Bronco Sport could be offered in Base, Big Bend, Outer Banks, Badlands, and First Edition trims. 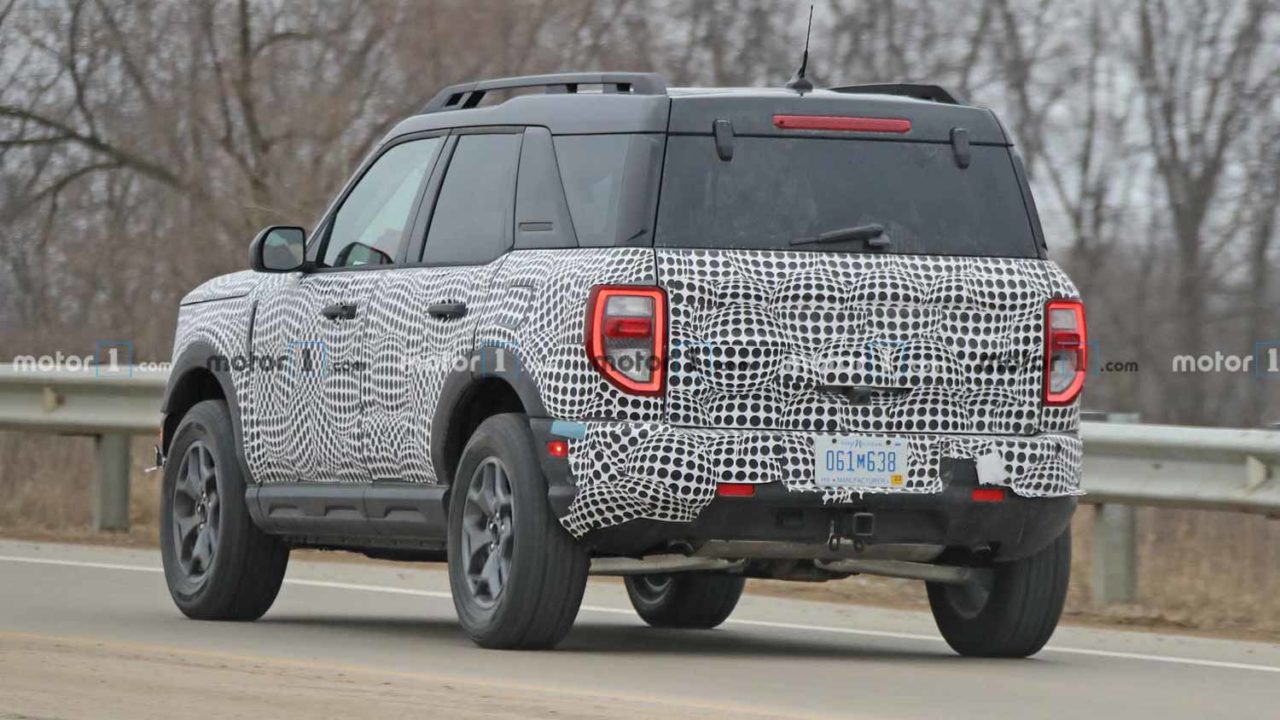