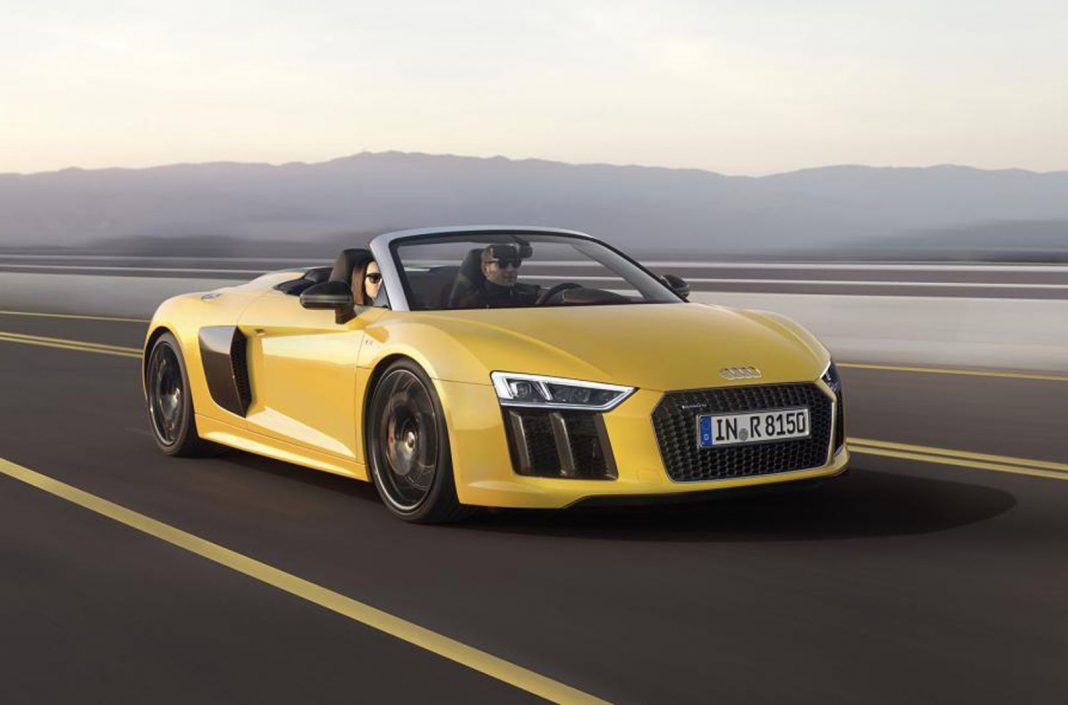 German luxury automaker Audi has unveiled all new R8 Spyder at the New York International Auto Show. A few days ago images of the new R8 Spyder free from camouflage surfaced on the web. Like the new R8 V10 coupe, the new R8 Spyder is built on the Audi Space Frame using intensive aluminium and fair amount of carbon fibre as well.

In the R8 Spyder the A pillars, windshield header and side sills are reinforced with the strong but light core. It gives the car enhanced handling capability and responsiveness. The design of the car is very similar to the R8 coupe which has been updated recently. Audi claims, that the car shares half of its components with the racing variant R8 LMS. Audi also claims, the new car comes with 50% enhanced rigidity than the previous model. It sports a large hexagonal front grille with honeycomb design. 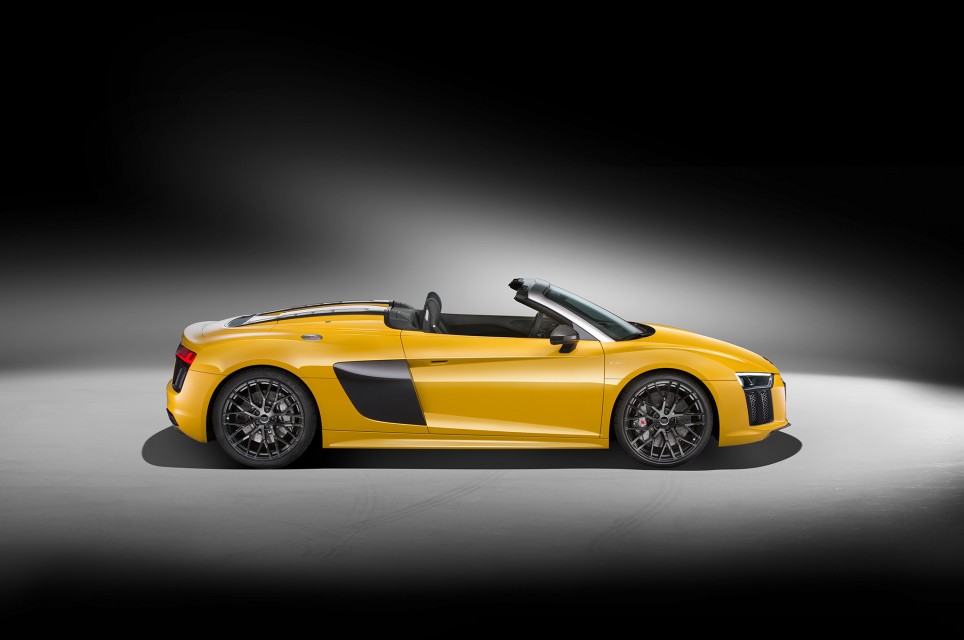 Honestly, the grille looks menacing. The sleek headlamps sport Audi’s Matrix LED units. The side air dams placed vertically at bost sides of the front bumper gets carbon fibre elements. The hood sports crisp creases running toward the nose. The side profile looks exactly like how a car of this stature should be. The new R8 Spyder adorns an electronically operated multi layerd soft top which can be removed in less than 20 seconds, even when the car is cruising at a speed of 50 kmph. The rear glass window comes as an independent piece, which can be retracted at any time, no matter whatever the soft top’s status is. The rear of the car looks similar to the R8 V10 we saw at Delhi Auto Expo last month.

The interior looks absolutely performance oriented. The multifunction steering wheel is flanked by several essential control buttons. The 12.3 inch completely digital instrument cluster provides plenty of information about the car in 3D graphics. So, basically it is a virtual cockpit. 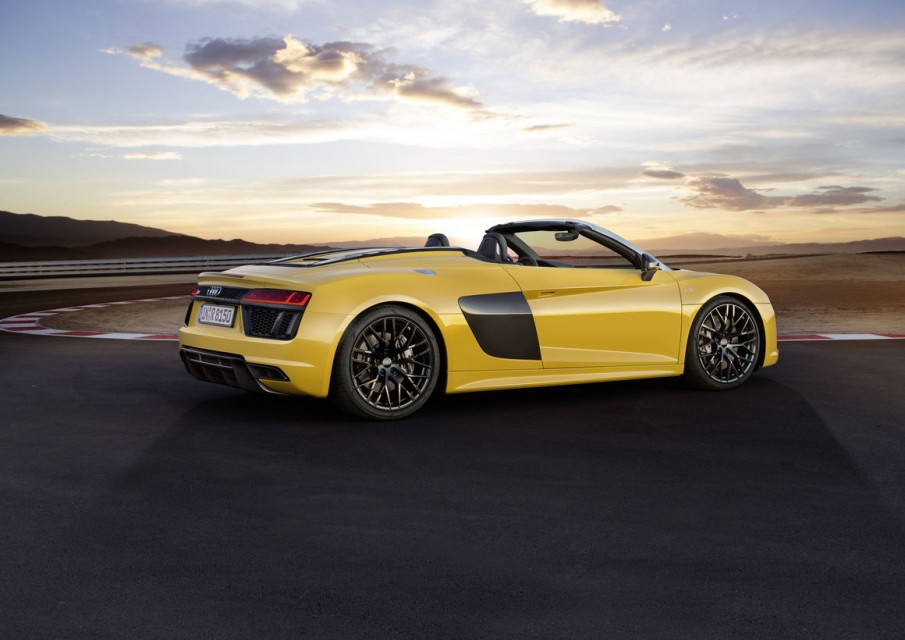 Now, the most important part powertrain. This beautiful beast is powered by a 5.2 litre naturally aspirated V10 engine mated to a paddle shift seven speed S-Tronic dual clutch transmission, which produces around 540 PS peak power and 540 Nm peak torque. The car is equipped with Audi’s famous Quattro All Wheel Drive (AWD) system. On the performance front, the car is capable to reach 0 – 100 kmph in just 3.6 seconds with a top speed of 318 kmph. Incidentally, the coupe can reach the 100 kmph mark from standstill in 3.7 seconds with top speed of 323 kmph.