Bajaj Auto introduced the Pulsar F250 and N250 based on a new tubular frame late last year and it was confirmed that the architecture would find its way to more motorcycles within the range over the next 24 months. A few days ago, we told you that Bajaj trademarked a couple of names related to the Pulsar moniker. While their identities are not known, it showed the brand’s intention to expand the lineup further.

Now, the first-ever spy picture of the next generation Pulsar 125 has come up indicating that it could be the one heading to the showrooms next. It appears to be the entry-level Pulsar, which managed to outshine the long-serving 150 cc iteration in garnering sales volumes since its launch. It seems to have a traditional air-cooled setup as the oil coolers could not be seen on the test prototype.

Since the 125 cc and 150 cc engines have almost similar sizes, it may as well be the latter but we do lean towards the former if we were to pick because of the gear shifter design and the chain cover. The styling of the 2023 Bajaj Pulsar 125 falls in line with that of the N250 and F250, as the bodywork looks quite similar and the headlamp unit takes inspiration from the F250. 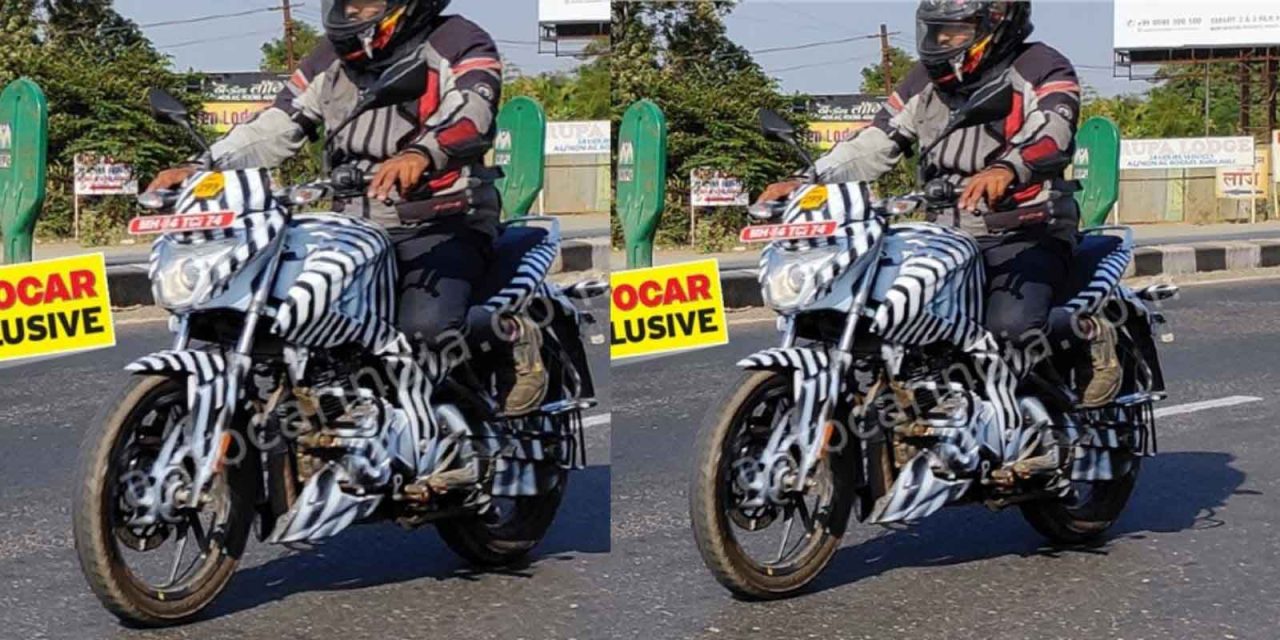 Further reassuring its similarities with the quarter-litre duo is the presence of vertical LED tail lamps. The good news is the test prototype looks close to production and thus it could be introduced towards the end of this year or in early 2023.

Other highlights are halogen turn signals integrated onto the short windscreen, single-piece grab rail, telescopic front forks, black alloy wheels, upright handlebar position, relaxed footpegs, belly pan and disc brake at the front. We do expect the switchgear to be shared with the F250 and N250 – at least to some extent.

The existing Bajaj Pulsar 125 is equipped with a 124.4 cc single-cylinder air-cooled engine developing 11.64 bhp at 8,500 rpm and 10.8 Nm at 6,500 rpm, and is linked with a five-speed transmission and no big difference in performance is expected either. It could be priced almost similar to the current Pulsar 125 which costs Rs. 85-91k (ex-showroom).