2022 Toyota Urban Cruiser will get a number of revisions inside and out compared to the outgoing model and it will be powered by a new 1.5-litre K15C engine

Toyota Kirloskar Motor (TKM) has sent out a media invite requesting us to block the date on July 1, 2022. It has noted, “Be a part of our big announcement” from 10:45 am onwards and we do expect it to be the all-new Urban Cruiser. The compact SUV is the rebadged version of the Maruti Suzuki Vitara Brezza, which in turn, getting a big update on June 30, 2022.

The sub-four-metre SUV has been on sale since September 2020 in India and along with the Glanza (badge engineered Maruti Suzuki Baleno) it has been well received by customers. Earlier this year, the Baleno was subjected to a facelift and soon after, the Glanza gained a similar treatment.

This time around, the Glanza has differentiated itself from the Baleno with a different front fascia. While the changes to the 2022 Toyota Urban Cruiser are yet to be divulged, we do expect a similar-looking front end with plenty of chrome treatment and a sharper headlamp cluster alongside updates to the bumper. 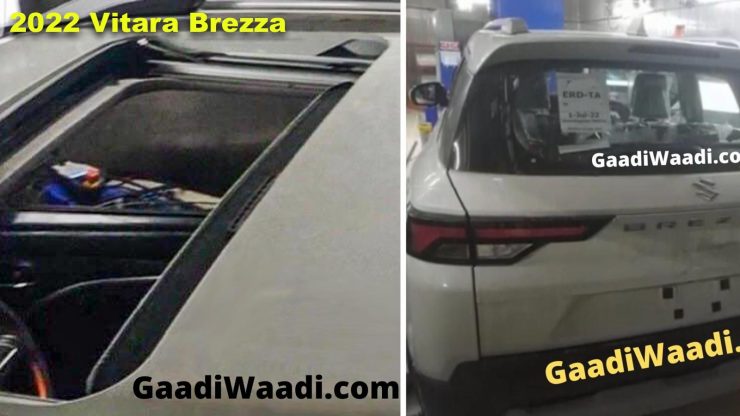 The rear could be identical to the upcoming Brezza. The interior will be a radical departure compared to the existing model with a new dashboard and centre console, an updated semi-digital instrument cluster, more upmarket surface trims and finishes, improved safety and connectivity.

As for the performance, a 1.5-litre four-cylinder K15C petrol engine with progressive mild-hybrid technology could be used. It will develop 103 PS at 6,000 rpm and 136.8 Nm at 4,400 rpm and it will be paired with a manual and a six-speed AT with paddle shifters replacing the four-speed AT. Whether the 2022 Toyota Urban Cruiser will get a CNG trim or not is not disclosed yet.