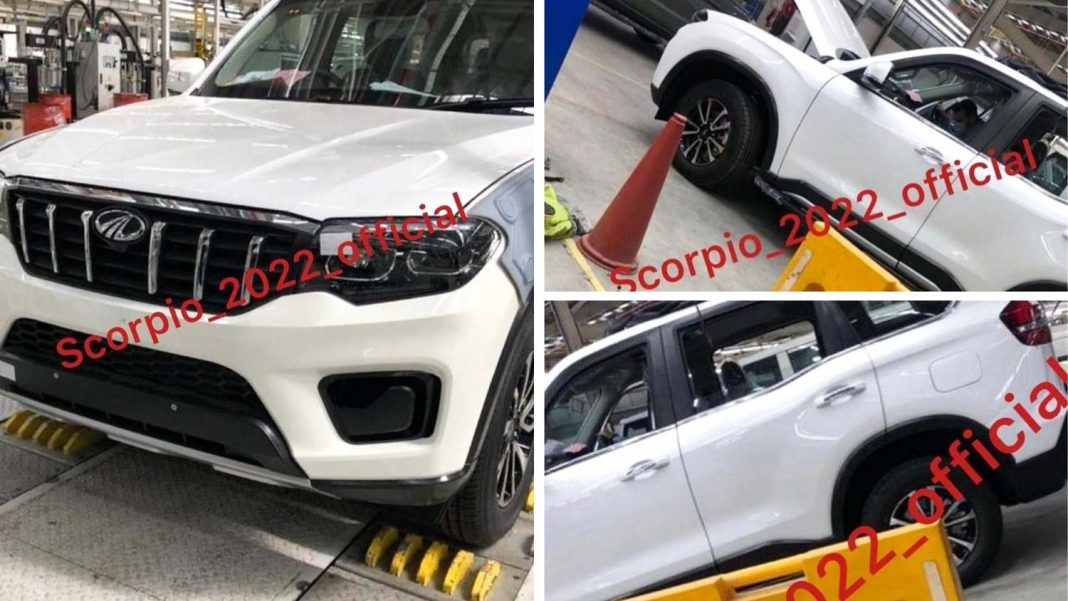 2022 Mahindra Scorpio is expected to go on sale soon in India with a host of revisions inside and out; will be powered by a 2.0L petrol and a 2.2L diesel engine

Mahindra & Mahindra has started the teaser campaign for its new generation Scorpio on its official social media handles after nearly two years since the prototypes were caught testing. The 2022 Mahindra Scorpio is expected to be unveiled soon before going on sale in the domestic market and it will likely be sold alongside the existing model.

The new-gen Mahindra Scorpio comes with a slew of exterior and interior changes compared to the existing version as it will be the biggest overhaul for the popular brand that has existed for nearly two decades. The highly anticipated model has now been leaked online and interestingly it carries the SUV maker’s old logo instead of the new Twin Peaks corporate badge that has been teased.

The all-new Scorpio gets a thoroughly redesigned front fascia with a brand new grille featuring six vertical chrome slats bordered by a horizontal chrome trim on top, which connects the new twin headlamps. The leaked image, which appears to have been taken on the factory floor, does not show the C-shaped LED Daytime Running Lights mounted on the front bumper but the wider central air inlet with hexagonal inserts can be seen.

In addition, the new front and rear skid plates, chromed window line with a prominent kink towards the rear, chrome door handles, side garnish, newly designed alloy wheels, black wheel arch cladding, a large greenhouse, turn signals mounted on the electrically adjustable ORVMs, and a tweaked upright tailgate with a side-hinged opening are other visual highlights.

The 2022 Mahindra Scorpio also boasts an updated rear bumper with new chrome trim, brand new vertically-positioned LED tail lamps, and a large rear windshield are also available. It is underpinned by a new ladder-frame chassis and shares many bits and pieces with the XUV700. 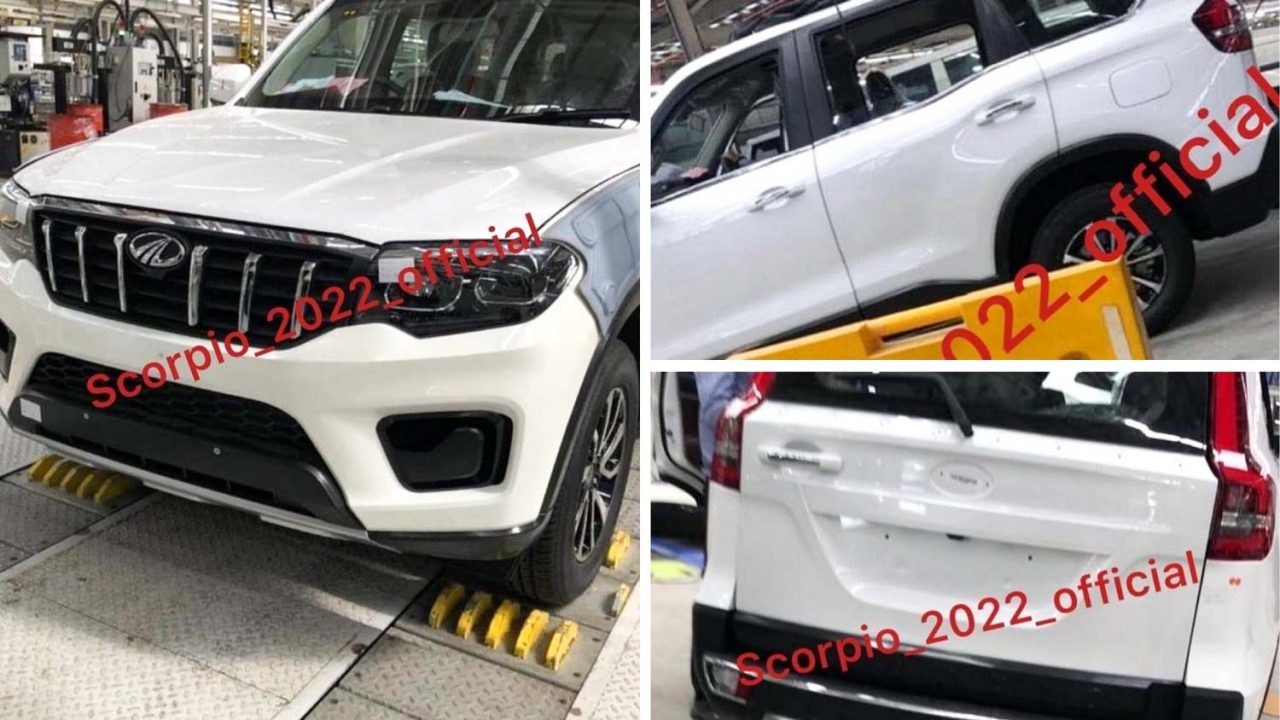 The cabin features a large touchscreen, a new instrument console with a larger MID, flat-bottom steering wheel, wireless charger, sunroof, automatic climate control, cruise control, tyre pressure monitoring system, and possibly six airbags. Under the bonnet, a 2.0-litre mStallion petrol and a 2.2-litre mHawk turbo diesel will likely be employed. As for the transmission, a six-speed MT and a six-speed AT will be utilised with a 4WD system in the top-end trims.