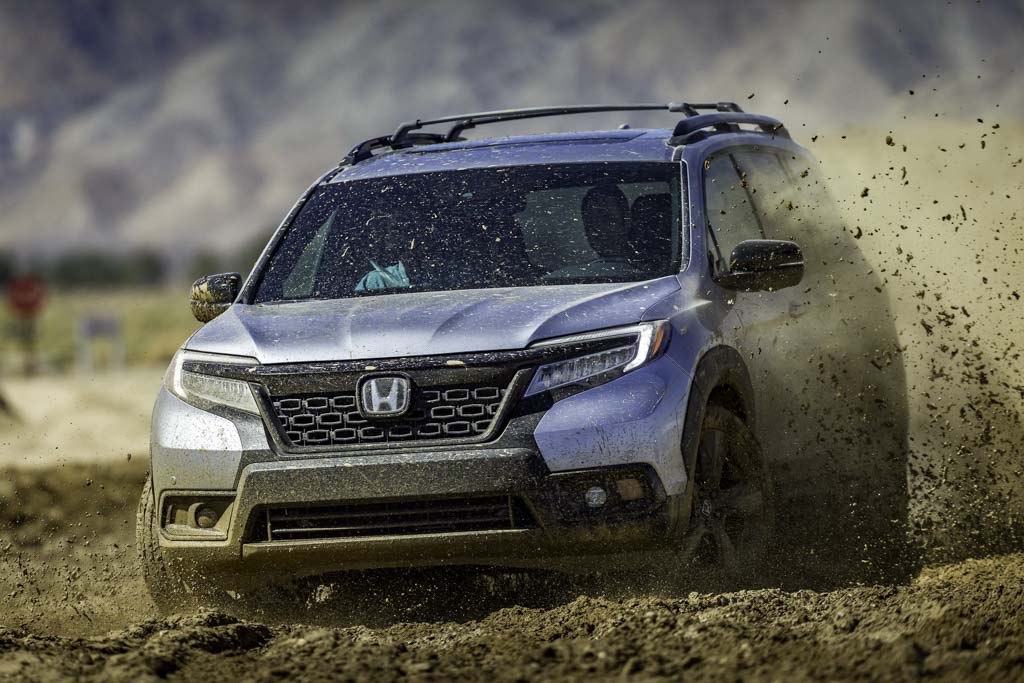 The Passport nameplate, which was used for a mid-size five-door SUV in production between 1993 and 2002, has been reinstituted as Honda responded to the increased appeal of SUVs and crossovers across the globe especially in the United States. The brand new model sits between the CR-V and Pilot and it will be launched in early 2019.

In search of a middle ground, Honda engineers opted to make the 2019 Passport bigger and more aggressive than the CR-V. With that said, the new model is more compact than the Pilot and it has a very different styling deviating from the global design language in more ways than one.

The Japanese manufacturer says the new Passport will have on-road driving refinement and off-road adventure capability as it wants the SUV to appeal for a wide band of customers. Similar to the Ridgeline, the 2019 Honda Passport has a matte black finish to the rectangular grille mesh and its ruggedness is ensured by plastic cladding all around the body.

It comes fitted with 20-inch alloy wheels as standard and has high ground clearance. The dual exhaust pipes with chrome tips, LED headlamps and tail lamps, blackened roof rail, slightly sloping roofline with integrated spoiler and a rather conventional bumper area are some of the significant exterior features. 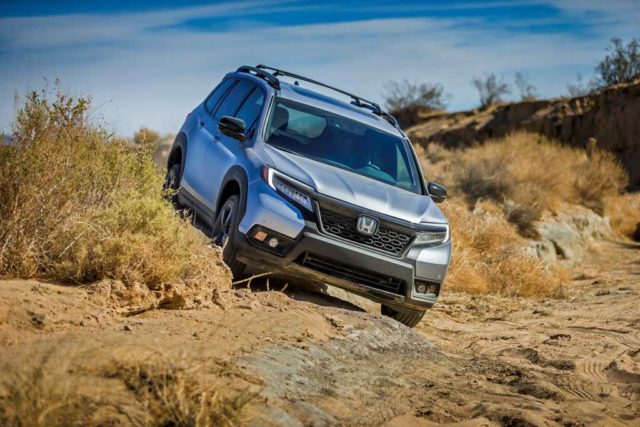 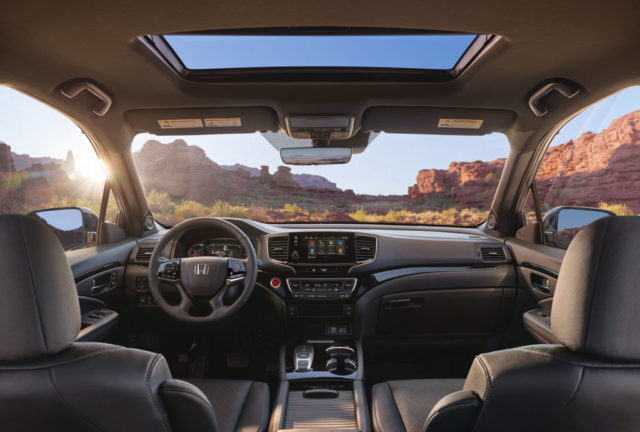 As option, an all-wheel drive system with torque vectoring will be provided as well. Built on Honda’s Global Light Truck platform, it shares plenty of components with the Pilot and Ridgeline and is claimed capable of towing up to 2,268 kg courtesy of the robust construction. Putting money where the mouth is, Honda has added several off-roading features such as Intelligent Traction Management system with Normal, Sand, Snow and Mud driving modes on AWD variants.