BMW India has officially confirmed the launch of next generation X5 on May 16 in Mumbai. The popular luxury SUV received its new iteration in the global markets nearly a year ago and it is based on a new platform with increased dimensions. The existing X5 has been around for more than three years in India and the upcoming model is a comprehensive update.

Underpinned by the CLAR architecture, the 2019 BMW X5 has bigger proportions along with longer wheelbase while the exterior has also been revised to go in line with the latest global BMW models. The signature kidney grille in now larger and the headlamps are more angular. The side and rear profiles have also received noticeable styling changes.

The CLAR architecture will be found in the majority of the upcoming BMWs and it enables a more spacious cabin for occupants. The interior has also gained its share of updates as there is a new 12-inch touchscreen infotainment system acting as the major highlight of the centre console. The instrument cluster also features the latest edition of iDrive connectivity. The German automaker offers third-row seat as an option in overseas markets. Some of the key equipment in the new X5 includes new Bowers and Wilkins audio, HUD, touch-capable rear entertainment system, gesture control and much more. Expect no change in powertrain choices, as the 3.0-litre six-cylinder diesel should pump out 265 PS and 620 Nm.

Additionally, a 3.0-litre turbo petrol will develop 340 PS and 500 Nm. It is worth noting that BMW sells the new X5 with a 4.4-litre V8 making 465 PS and 650 Nm capable of 0-100 kmph in just 4.7 seconds. The M-spec X5 could sit at the top of the range at a later stage. With emphasis on style, safety, off-roading and handling, the 2019 X5 will be retailed with a plethora of driver assistive and safety features. 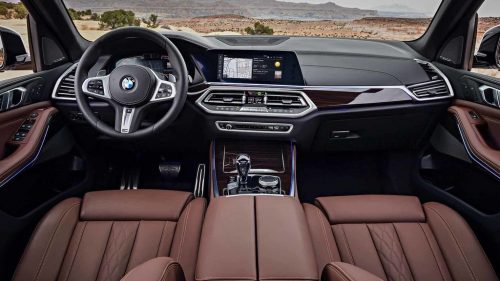