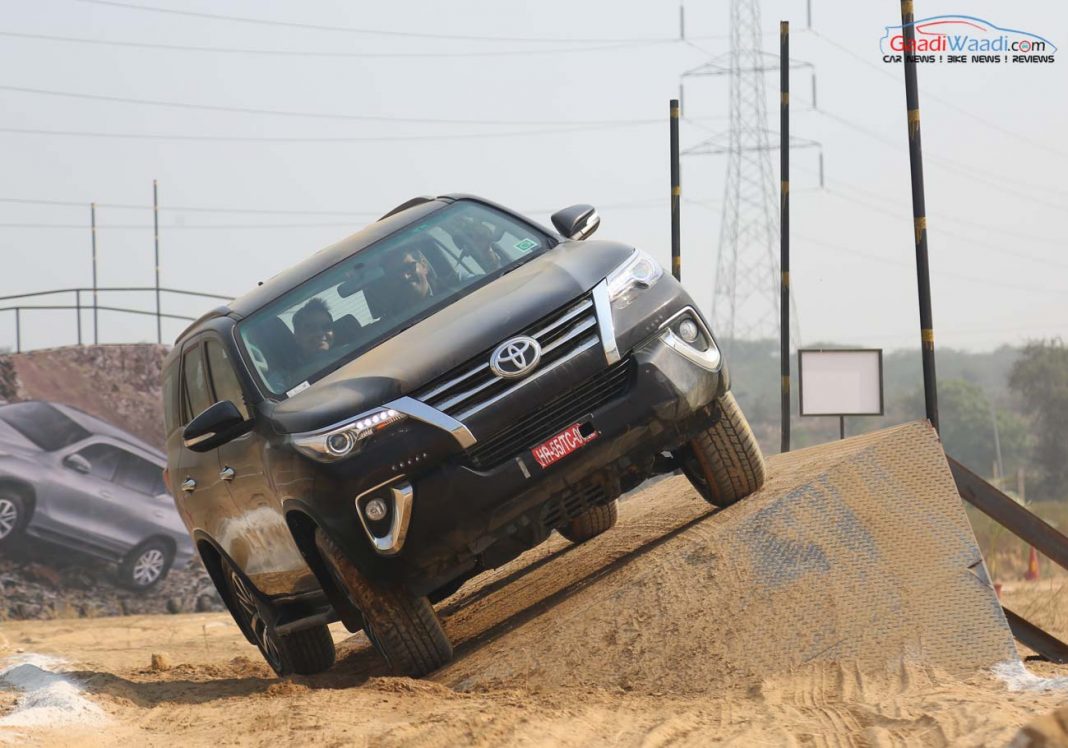 We uncovered at the beginning of 2016 that the new Toyota Fortuner was patented for India and as we predicted the launch of the all-new version of the highly-popular Fortuner SUV had happened in the month of November that year. Within two months of its market entry, over 10,000 orders were received and by the end of March 2017 a total of over 10,000 units were delivered.

In April 2017 though, the Fortuner outsold the flagship Mahindra XUV500 with sales of 2,226 units over the latter’s 1,999 units. The month of July 2017 saw Fortuner helping Toyota to register its best ever July month sales (43% growth) with its personal highest of over 3,400 units. It only underlines the enduring popularity of the premium SUV as it completed 2017 with a total of over 24,000 units. The latest model comes with raft of mechanical and design revisions whilst being built on a new ladder frame chassis. The upgrade was due since 2009 and it worth the wait.

The raise in sales of the latest-gen Ford Endeavour launched in January 2016 could have put some pressure on the Toyota strategists in hurrying the entry as Fortuner’s sale subsequently saw some dip since the American SUV’s arrival. Moreover, the new Fortuner was also expected to rumble up the market share of Toyota which enjoys success in the premium space with Innova Crysta.

As predicted, the new generation Toyota Fortuner has caused huge impact in the premium SUV space and now sits alongside Innova as the brand’s top-selling vehicles in India. The seven-seater SUV has dynamic new approach to the exterior design which are topped off by the premium interiors alongside a fresh line-up of engines as its people-carrier sibling, the Innova Crysta. Here’s a lowdown of all the vital information you need to know about the Fortuner: 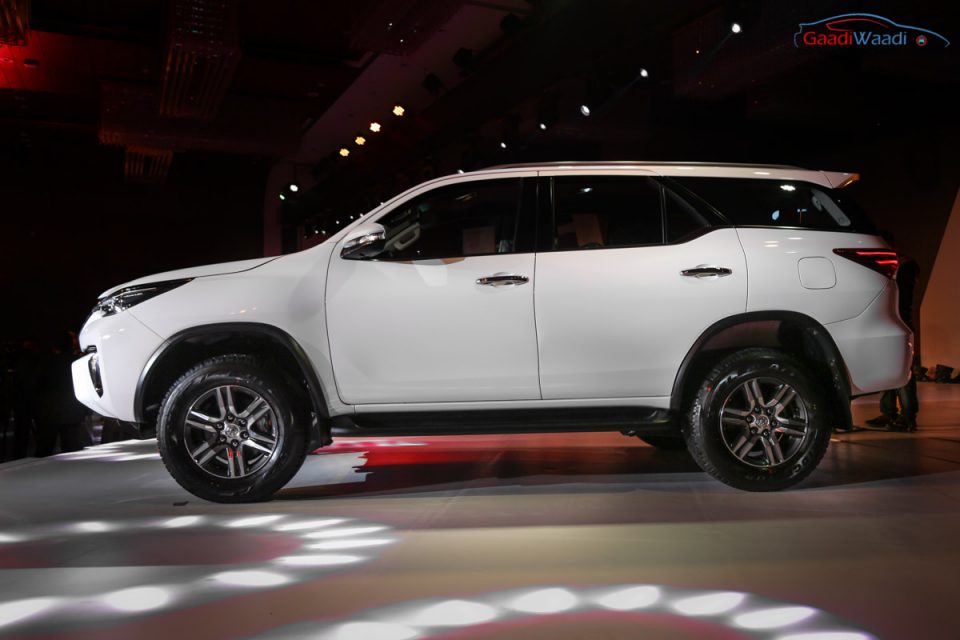 The 2.8-litre diesel mill has the capacity to churn out 177 PS of power at 3,400 rpm and 450 Nm of torque between 1,600 and 2,400 rpm whereas the manual versions will have 30 Nm less torque with the same power output. A six-speed automatic gearbox with paddle shifters will be employed in the top-spec models while a six-speed manual is offered as standard. Both 2WD and 4WD options are sold in diesel variants. 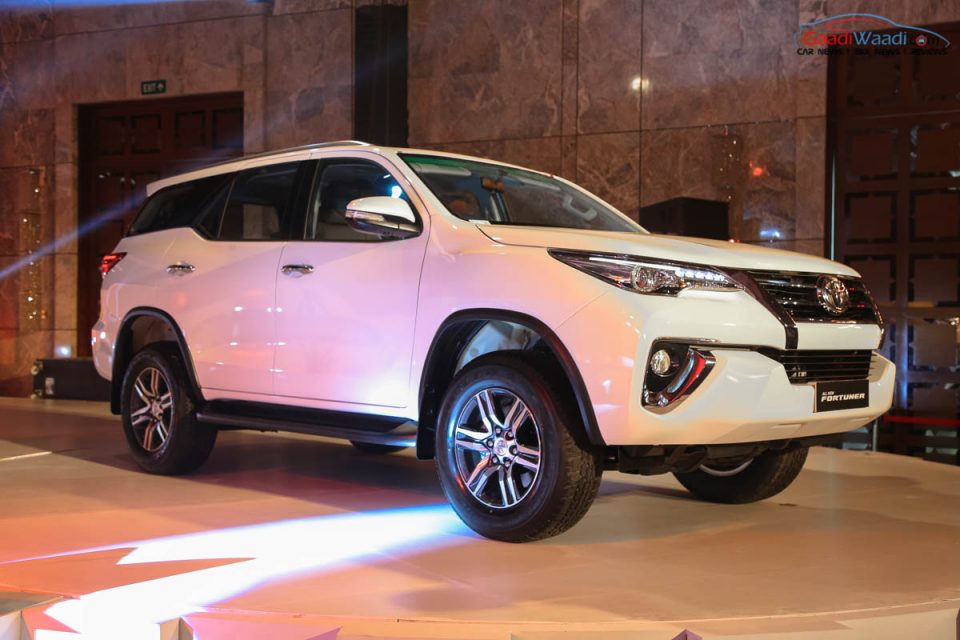 The latest Toyota Fortuner is based on the Innovative International Multi-purpose Vehicle (IMV) platform that underpins Innova and Hilux Revo pickup truck. The new architecture will aid in improving off-road credentials of the SUV. The exterior largely resembles the styling of Australian-spec SUV with quirky pillar cuts and a slightly sloped roof. 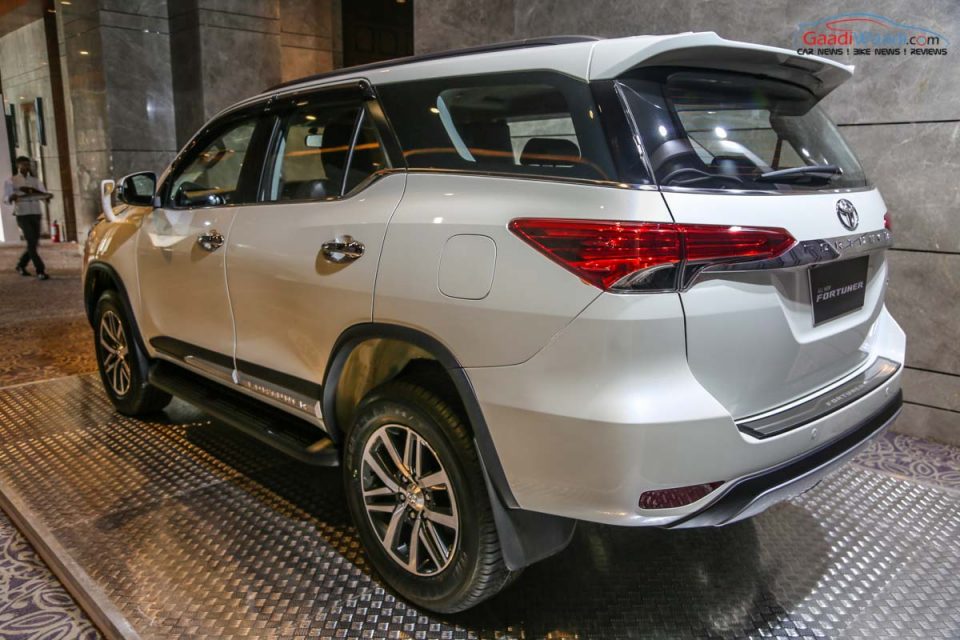 It measure about 4,795 mm in length which is 90 mm longer than the predecessor. The new Fortuner is 1,855 mm wide (15 mm wider than the existing Fortuner) and 1,835 mm tall (15 mm shorter than the present model) with 2,750 mm wheelbase as identical to the previous Fortuner SUV. 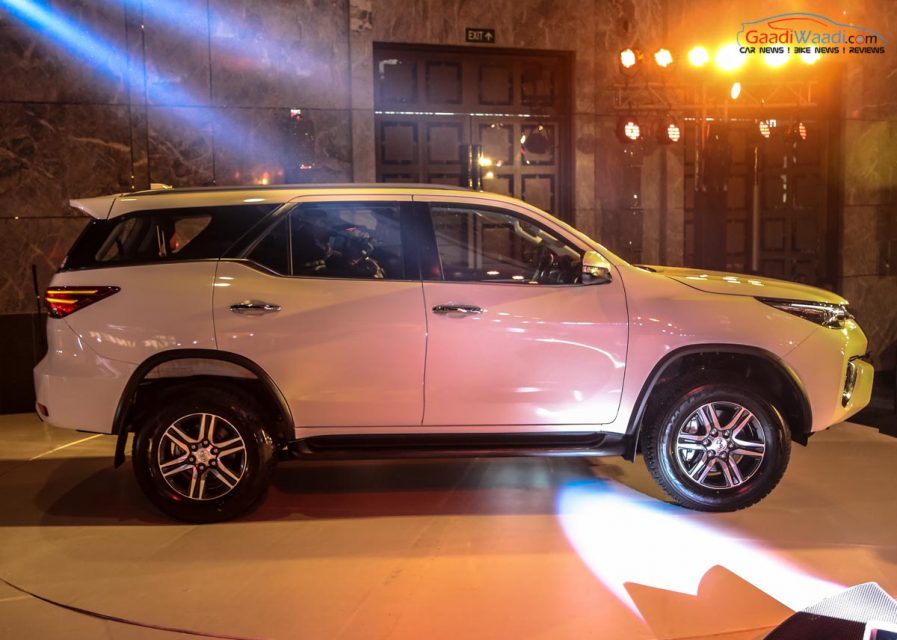 The Toyota Fortuner rival against usual nemesis in the premium SUV segment like Ford Endeavour and Mitsubishi Pajero Sport as well as latest entrants Volkswagen Tiguan and Skoda Kodiaq.