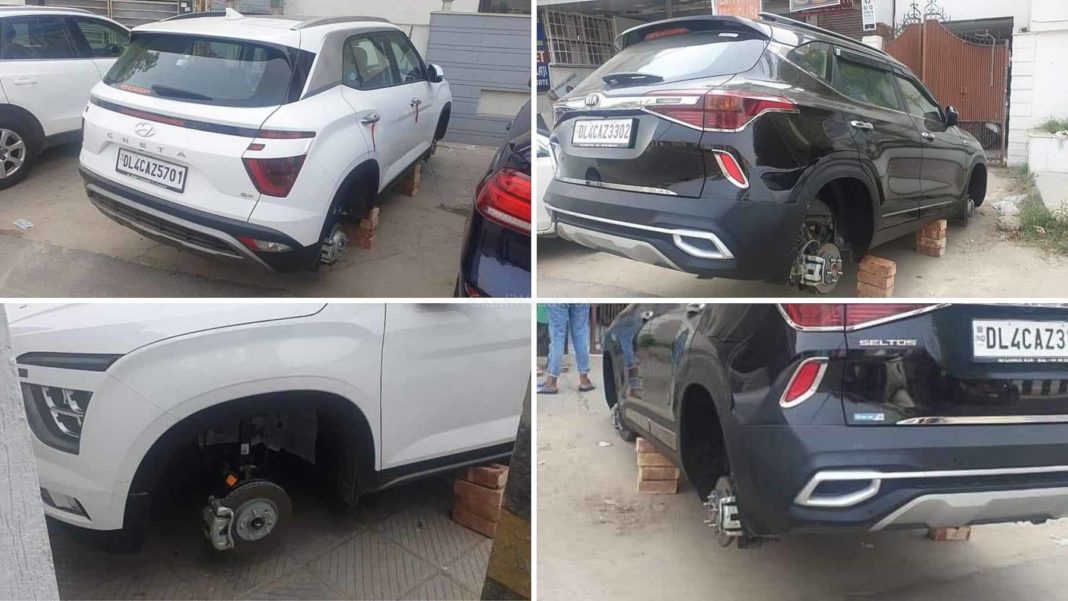 Recently, a new Hyundai Creta and a Kia Seltos were found with all their wheels missing as they were stolen while cars were parked outside the homes of respective owners all night

The fast-rising unemployment and the financial strain experienced by many has led to a rise in case of theft and snatching in many parts of the country. There has been an increase in cases of car theft, while small-time thieves seem to have become more active in order to improve their financial health during this period of crisis. The Kia Seltos and New Hyundai Creta seen in the images we have here are the latest victims of this trend.

Both these vehicles are from Delhi and were parked together during night time. Much to the shock of the respective owners, all four (alloy) wheels of each vehicle were found missing when they woke up the next day. The two SUVs were found balanced on towers of bricks as they were stripped off their footwear.

The vehicles seen in these pics actually make for a pretty sad sight. Both the SUVs seem to be top trim models and come kitted out with attractive 17-inch mag wheels from the factory. Also, both these SUVs seem to be fairly new and even have their registration plates from the same series. While the owner of the Creta is one Raj Kumar Gupta, the Kia Seltos in question belongs to Pankaj Garg. 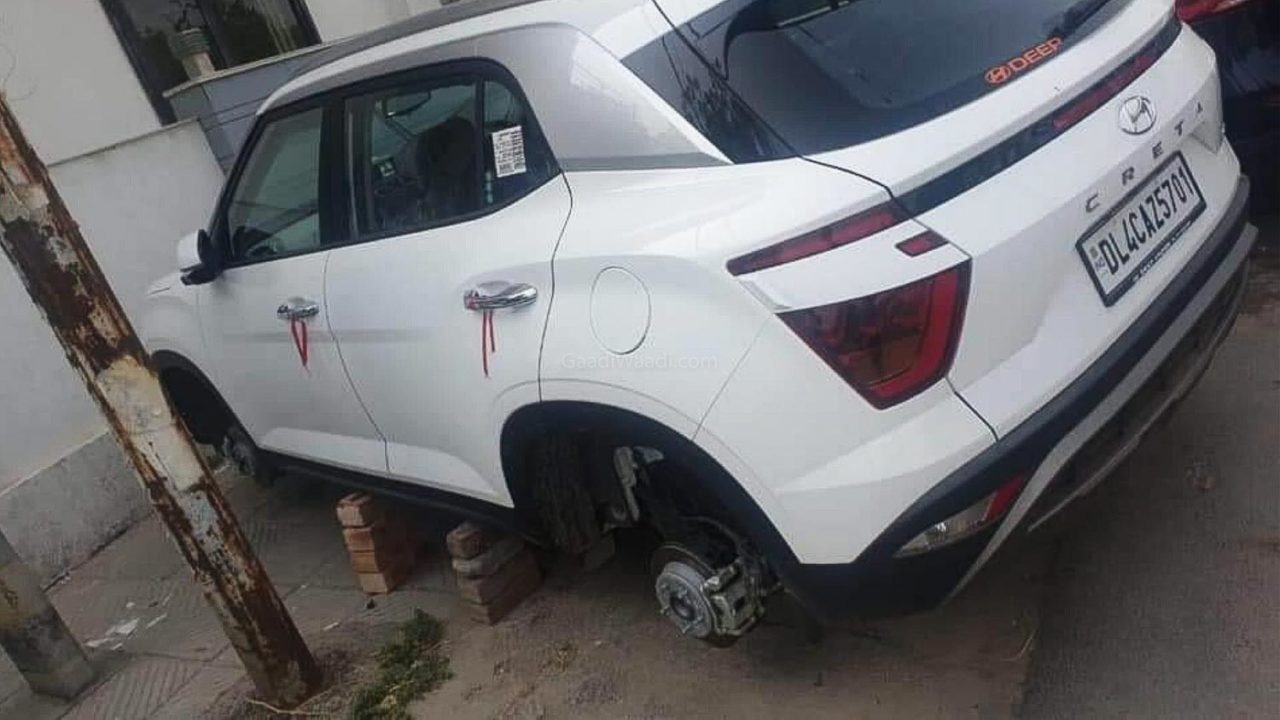 The recent incident comes across as a glaring example of the risks of unsafe parking. It needs to be mentioned here that many car owners have no option but to park on the road. However, there are various ways in which one can reduce the chance of theft of wheels. One of these ways is to install an alarm with a sensor. Most cars these days come with a factory-installed alarm that gets active as soon as someone tries to break into the vehicle.

However, there are special sensor-equipped alarms for your rims that can alert you when someone tries to steal your wheels. Another way in which one can reduce the chance of theft is to park in a secure and well-lit area, even if that means parking your vehicle at a slight distance away from your home. 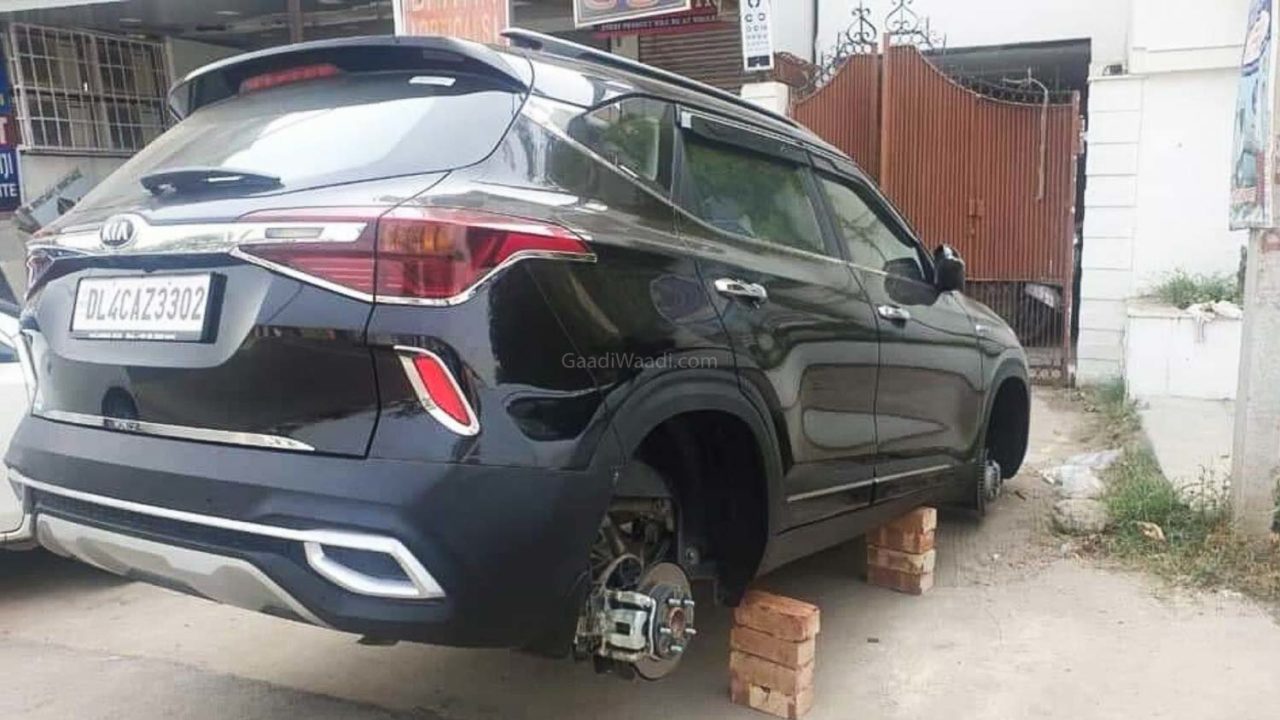 Also, turn the front wheels to a 45-degree angle to make their removal tougher for thieves. Yet another way is to park really close to the curb as that would make it more difficult for a thief to put a jack underneath your car. Finally, a fool-proof way to secure your rims is to use a set of wheel locks that are used by traffic police on illegally parked vehicles.