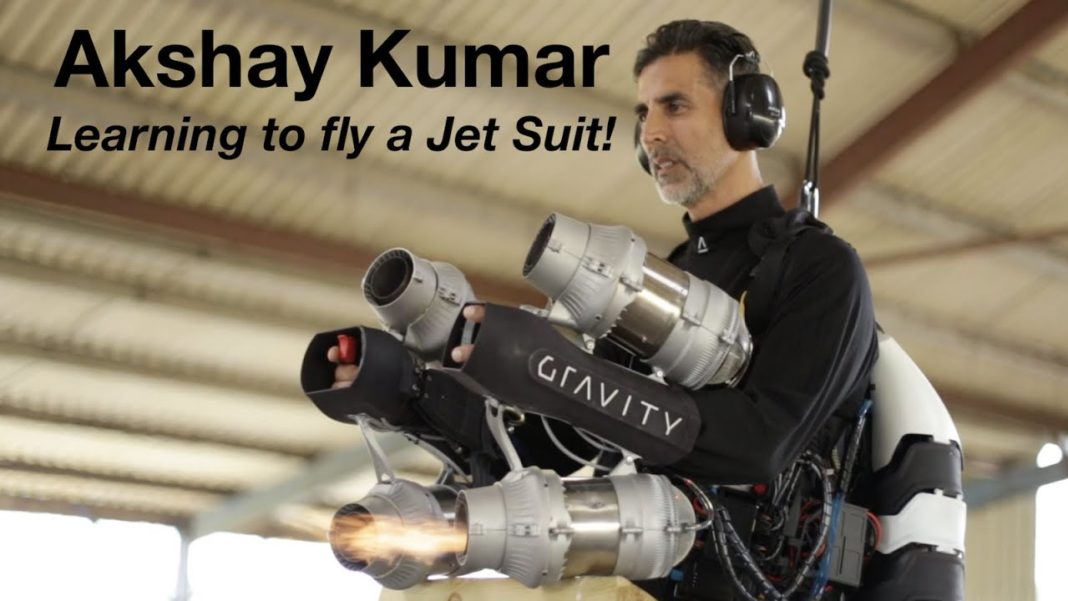 The Iron Man-like jet suit has been dubbed ‘Daedalus Mark 1’, and it currently holds the Guinness World record of ‘Fastest speed in a body controlled jet engine powered suit’

Akshay Kumar has been often called the ‘Khiladi’ of Bollywood, since a suspense thriller film titled the same was considered his breakthrough role in the industry. Over his career spanning almost three decades, the Indian actor has worked in lots of Bollywood action films and advertisements, as well as hosted an Indian stunt television series called ‘Fear Factor: Khatron Ke Khiladi’.

Now we have further evidence that the Bollywood actor indeed is not only a ‘Khiladi’ in the reel life, but also his real life. A YouTube video of Akshay Kumar learning to fly in a 1050 BHP jet suit, originally shot last year, has been going viral and as of now, has been viewed well over 4.1 million times.

The video has been uploaded by Gravity Industries, which is also the creator of the jet suit. The video begins with Richard Browning, the founder and chief test pilot of Gravity Industries, flies out in a jet suit to meet the Indian actor at the Gravity training site in UK. Later, Browning can be seen explaining the ‘Khiladi’ about the various parts and gadgets attached to the jet suit, right before the actor himself gets to wear one.

The jet suit was invented in March 2017, and has been dubbed the ‘Daedalus Mark 1’. It uses several miniature jet engines to achieve a vertical flight. Richard Browning, the founder, also set a new Guinness World Record for the ‘Fastest speed in a body controlled jet engine powered suit’.

As the jet suit has been turned on, Akshay feels the buzz while standing on a metal platform, however, a tight wire holds him to the ground. For his first session, the Khiladi made spectacular progress, as mentioned by Gravity Industries on its YouTube page. The Gravity Daedalus Mark 1 is yet to be made available for the public, and we can’t help but wish that Akshay Kumar actually decides to use the Iron Man-like jet suit in one of his future films.