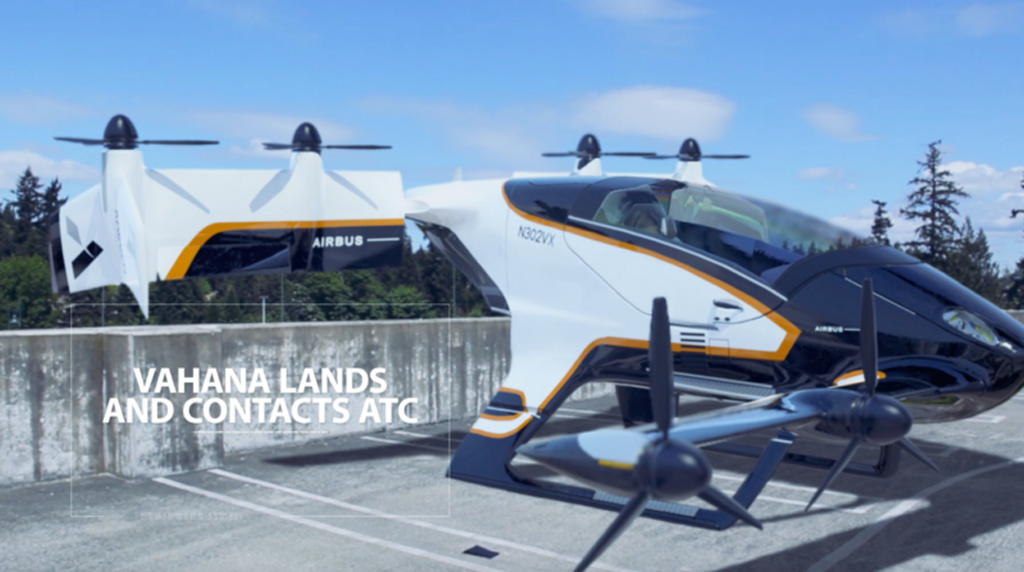 Airbus ‘Project Vahana’ will be fleet of self-flying taxis for passenger ferrying; will use Vertical Take-Off and Landing (VTOL) aircrafts

Aerospace giant Airbus has showcased how the passengers will hail its much anticipated Vahana flying taxi service. According to Airbus, this service will be super smooth and very convenient for the passengers to book. In the newly released video, Airbus has showcased how its autonomous flying taxis will define the future mobility. However, the project and the aircrafts are still in concept stage and production models are yet to come.

As the video shows, all the passengers will need to do is pulling out their phone and pressing a button to book the ride in flying taxi service. There will be a pick up location space and a drop location space just like the Uber and Ola cab booking apps. The CG demo also reveals that the passengers will be informed about the fare prior their booking like the app based cab booking services.

With the roads getting congested sky is going to play a crucial role in future mobility. Airbus Vahana service is expected to play an important role in that. Interestingly, flying cars or drones carrying human commercially is not something new as there are several companies around the world working on such projects.

Several start ups around the world have already successfully tested their drones capable of carrying human and all these drones are capable of vertical take off and landing that requires less space. As there is no need of a runway or large running space to take or landing, these aircrafts can take off or land using the roof of the buildings.

While the Airbus Vahana concept indicates to an exciting future mobility option, autonomous flying taxis have already appeared in Dubai. Last February, Ehang 184 was demoed during World Government Summit in Dubai and the fully operational service is expected to start there in a few days.