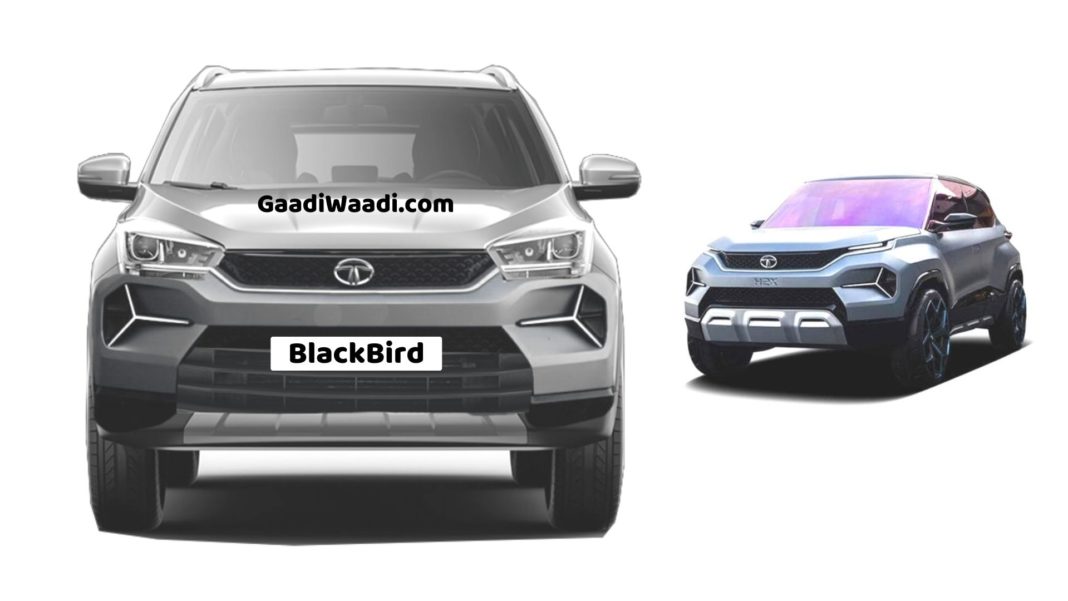 Tata Motors, the homegrown carmaker, has been trying hard to establish itself well in a market that is dominated by Japanese and Korean brands. In the recent times, the Indian carmaker has garnered enough success from the introduction of models like the Tiago, which have been fairly successful with establishing itself well in the new car market.

In 2019, the company plans to launch a slew of new cars, all of which will be trying hard to help their carmaker get a stronger foothold on the Indian market. Here is a list of at least 8 upcoming Tata cars in India in 2019 –

A few months ago, Tata Motors showcased the Buzzard SUV at the 2019 Geneva Motor Sow. Basically, a 7-seater version of the Tata Harrier, the new model shared in plenty with the 5-seater sibling. However, it came with an all-new rear-end, a 7-seater cabin and a more powerful engine. The new model, which will be old as the Tata Gravitas once it launches in the local market, will replace the Hexa to become the new flagship in the company’s portfolio. 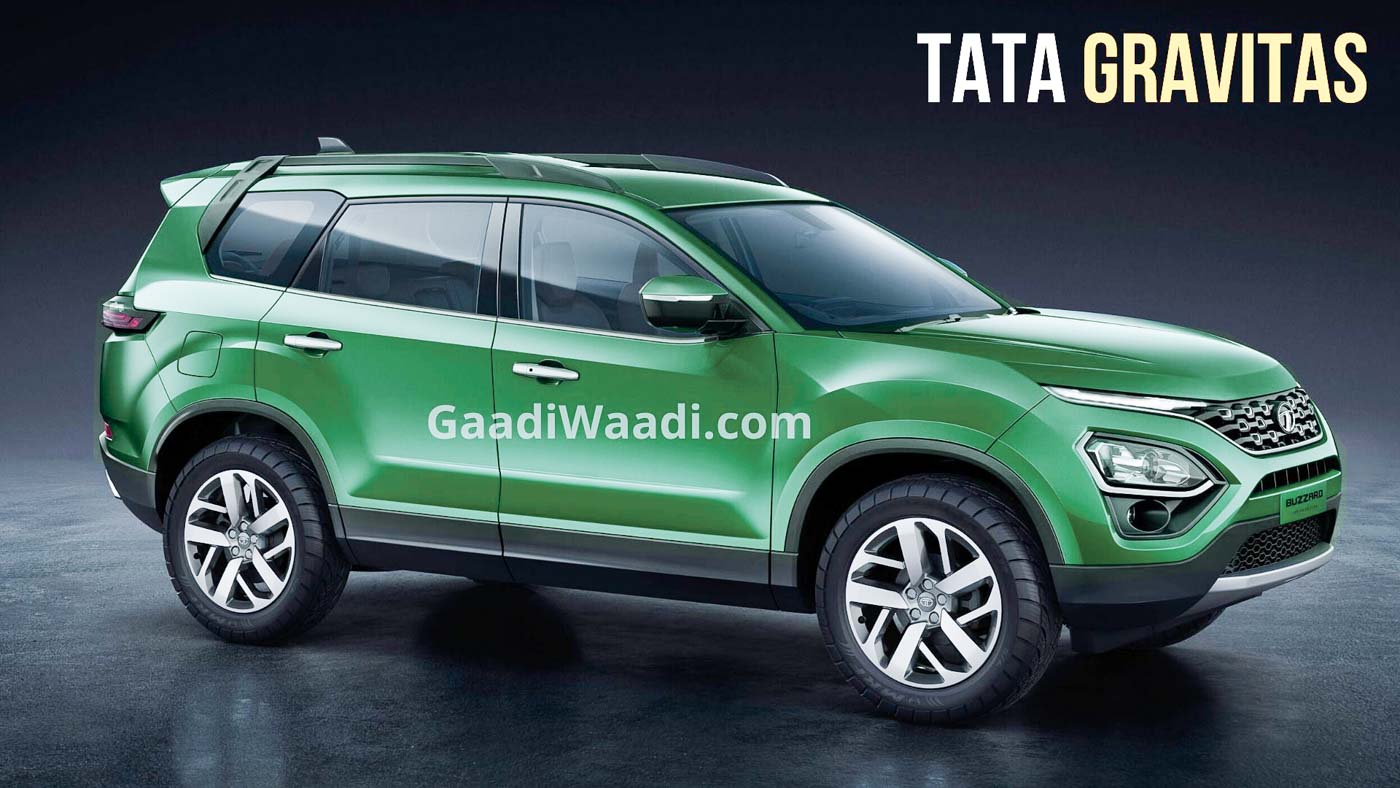 The Tata Tata Gravitas will look a lot like the Harrier, at least until the C-pillar, after which the new model will carry a completely new design. On the inside, instead of a two-row layout, the new model would offer three rows of seats and more features than the Harrier.

The new model will be powered by a retuned version of the Kryotec engine of the Harrier. Dubbed Kryotec170, the re-tuned motor will output a maximum power of 170 PS to make up for the increase in eight. Underpinning the SUV will be the same Land Rover D550-derived OMEGA platform as the Harrier. The Gravitas will be, however, a full 62 mm longer than the Harrier.

Next in line is the updated version of the company’s sub-4-metre compact SUV, the Tata Nexon. The Maruti Vitara Brezza rival has already benefitted from a pretty positive response from the market as it enjoys a dedicated set of followers. However, things are likely to improve for the entry-level SUV in the carmaker’s lineup with the launch of the facelift. With the updated Brezza only a few months away, it becomes all the more important to have an updated Nexon. 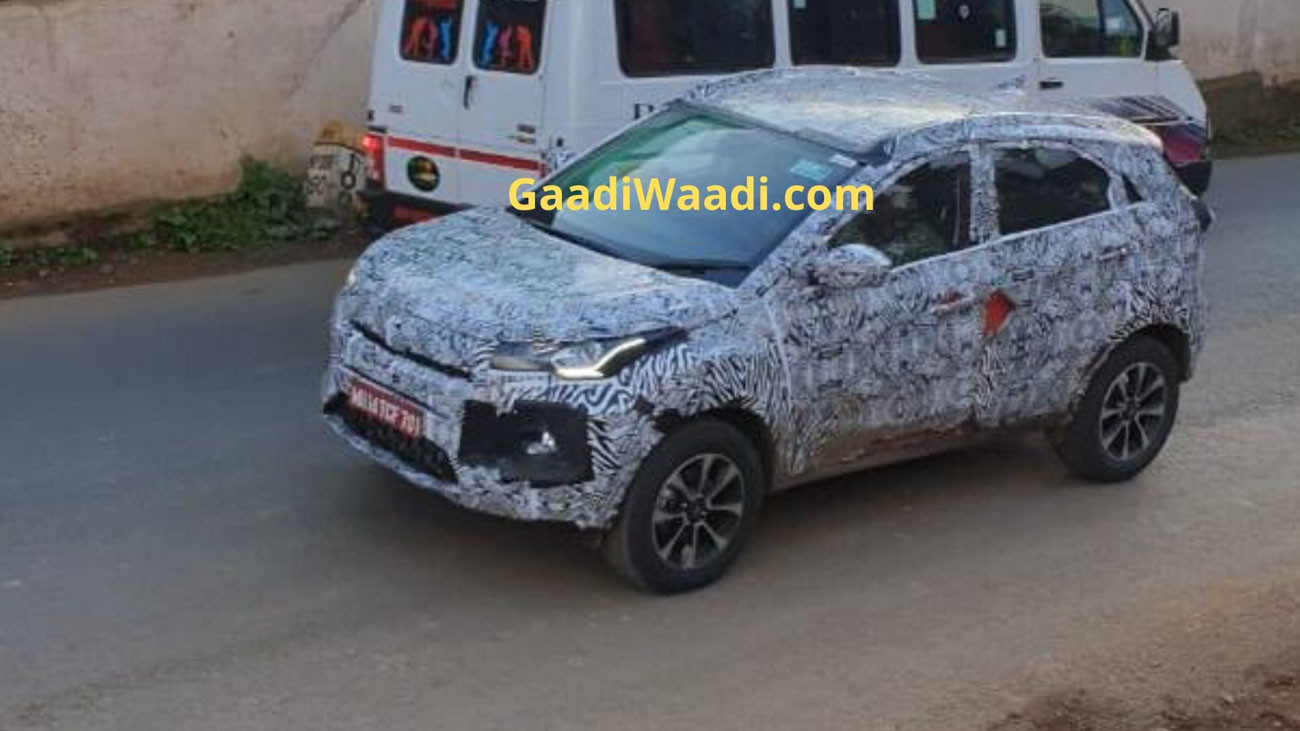 The Tata Nexon version will likely launch in the first quarter of next year. The facelift for the company’s only sub-4-metre model will be programmed as per the company’s IMPACT 2.0 design philosophy. It could also get some new features.

The first of the upcoming Tata cars in India to launch in 2020 will be the Tata Altroz, The new hatchback will become the most premium small car to wear the Tata badge ever. It will be based on the 45x concept and will go on to rival models like the Maruti Baleno, Hyundai Elite i20 and Honda Jazz. Underpinning the new model will be the company’s
ALFA (Agile Light Flexible Advanced) platform.

It will be the second production model, after Harrier, to be designed as per IMPACT Design 2.0 philosophy. Bookings for the Tata Altroz are already underway for a token amount of Rs 21,000. The new model will be launched with several first-in-segment features. It will be sold with a 1.2-litre naturally aspirated petrol engine and a 1.5-litre diesel motor.

Both the motors will come mated to a five-speed manual transmission as standard. At a later stage, these engine options will likely come with an automatic transmission option each. The petrol variant could even get an option of a 1.2-litre turbo-petrol unit that would offer best-in-segment power and torque figures.

Another all-new Tata model that will launch in India in 2020 is the Hornbill or the H2X, which would become one of the most important upcoming Tata cars in India. The production version of the Hornbill will be a cross-hatchback that that will be an evolved version of the H2x concept which was previewed at the 2019 Geneva Motor Show. The new model will be positioned below the Altroz but above the Tiago. It will rival the likes of Maruti Ignis and Mahindra KUV100. 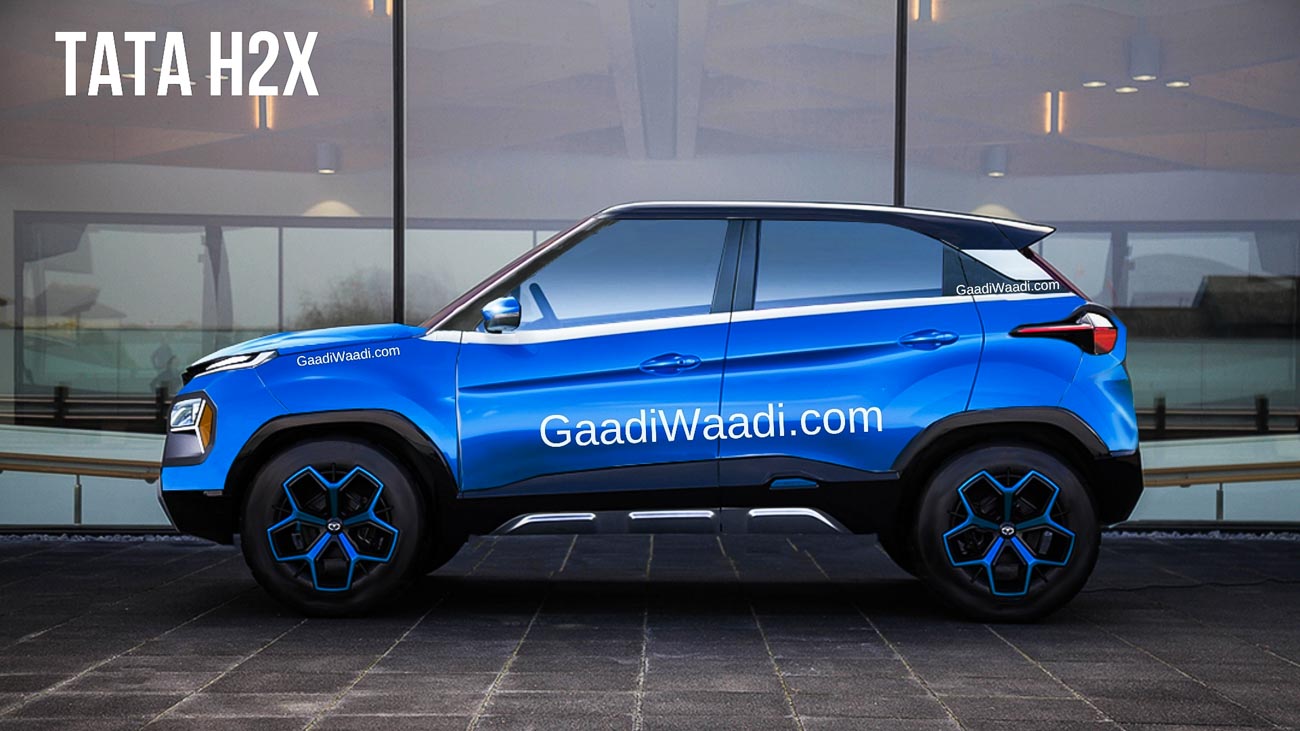 The Tata Hornbill will share its ALFA modular platform with the Altroz, which should lead to a good balance between good ride and sporty handling characteristics. Moreover, the new model will be designed as per the company’s IMPACT 2.0 design language, and hence, would look thoroughly modern and upmarket.

The next car on our list of upcoming Tata cars in India is the electric version of the Tata Nexon. The third EV from Tata Motors, after the electric versions of the Tiago and the Tigor, would feature the company’s Ziptron technology. The newly introduced technology is a part of the company’s “consistent strive for commonality” that should enable the homegrown carmaker launch affordable zero-emission vehicles in the local market.

The Tata Nexon EV will become the first-ever sub-4-metre compact SUV to feature an electric powerplant. Moreover, it would also become a direct rival of the upcoming Mahindra XUV300 electric model that is only a few months away from its introduction. In all likelihood, the Tata Nexon EV would cost roughly Rs 13-14 lakh (ex-showroom). The new model will be equipped with a permanent magnet AC motor and smart regenerative braking technology to charge the battery on-the-fly. 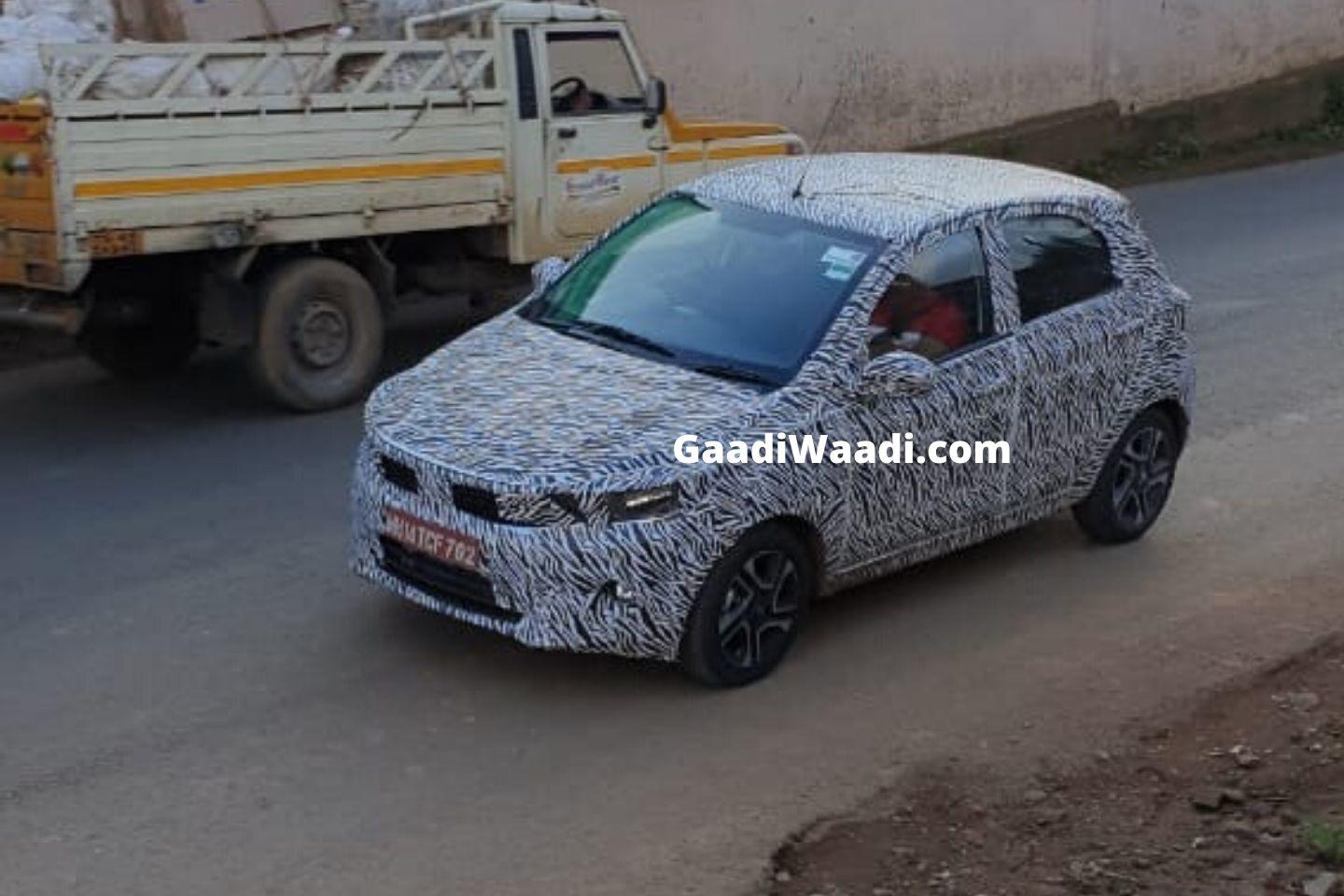 With the demise of the Tata Nano, the Tiago has been the most affordable model in its company’s lineup of production vehicles. The Tiago has already established a name for itself for its spacious interior, great ride quality and frugal-yet-sufficiently-powerful petrol and diesel engine options. Soon, the company will introduce a comprehensive update to help the small car soldier on for a few more years until an all-new model is introduced.

The Tata Tiago facelift will likely offer various styling updates in line with the company’s IMPACT 2.0 design philosophy. Moreover, the new model would even offer a spruced up interior package that will offer new stylish bits and more features. Finally, even some cost correction could be done to make the Tiago a more lucrative option for buyers in the A2-segment of the Indian car market.

Like the Tiago, even the Tata Tigor facelift could soon launch with a mid-life facelift treatment. Like the hatchback sibling, the Tigor, which happens to be the country’s most affordable sedan, has been around for a while and is now in line to receive a mid-life facelift. However, unlike the hatchback sibling, the sub-4-metre sedan has been unable to receive enough success. 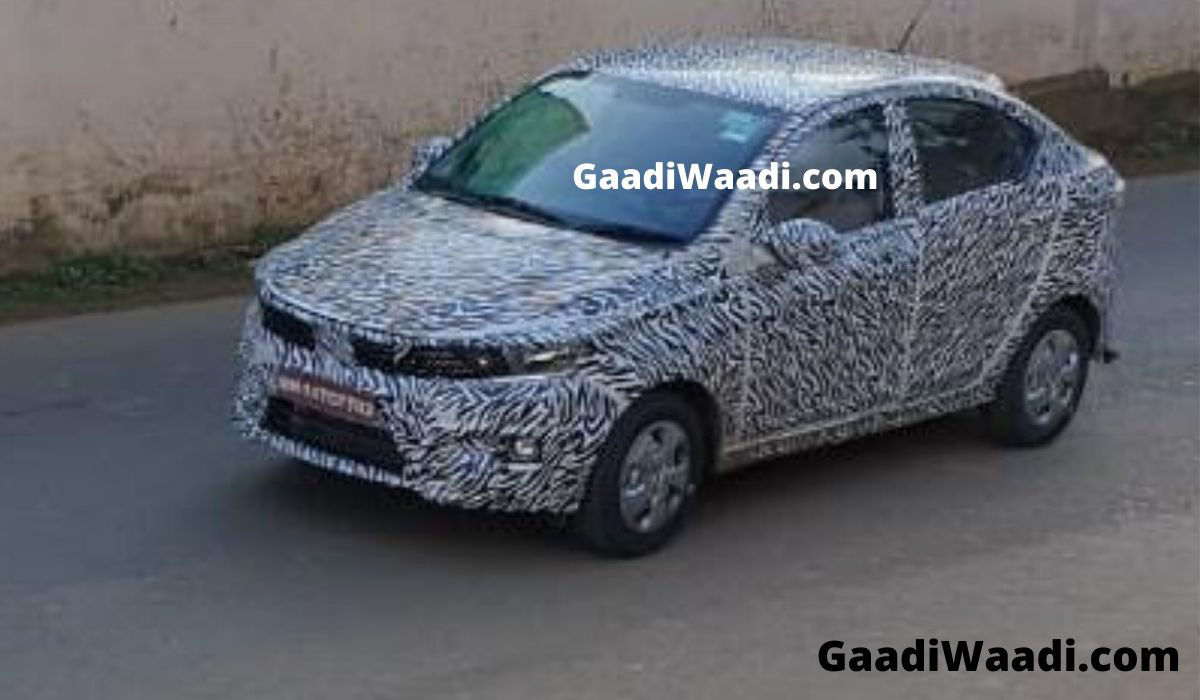 All this could change with the advent of the facelift next year. Like the Tiago, the Tigor would get an updated styling, along with more features and spruced up interior. It would also get some price corrections to help it have a second chance at establishing itself well in the market. The Tata Tigor facelift might even end up getting updated motors to distinguish itself further from the hatchback sibling.