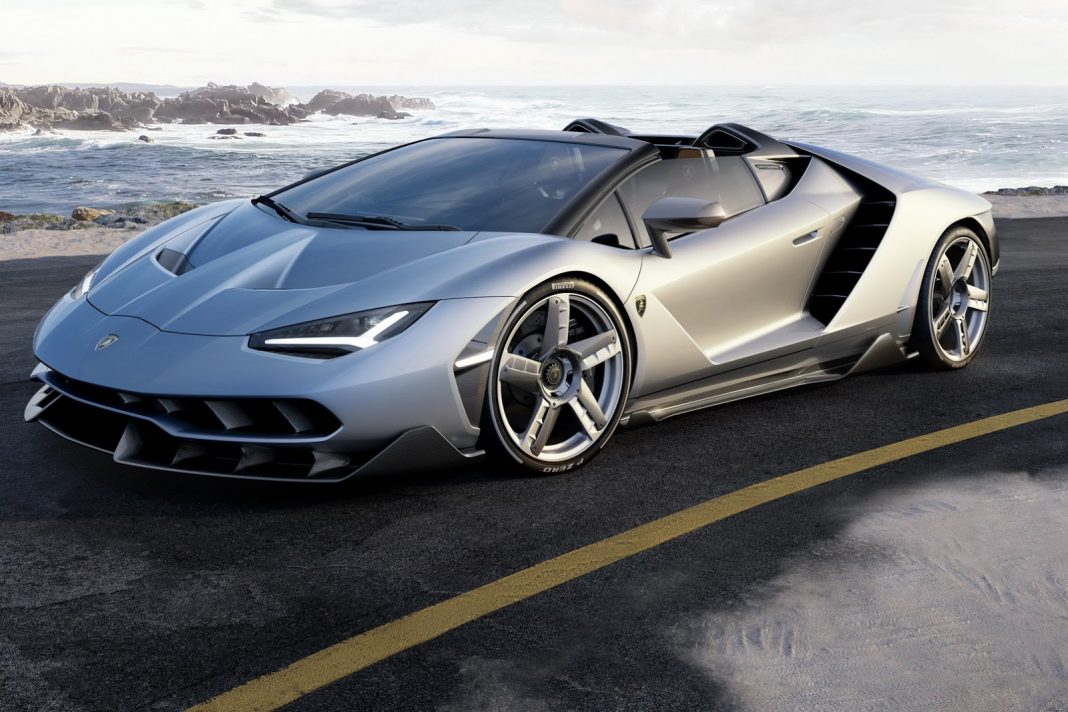 Lamborghini Centenario Roadster is made of all-carbon body strapped with a screaming V12; all twenty cars already sold out

Lamborghini, the flamboyant Italian supercar manufacturer, officially announced that the Centenario Roadster has been created to celebrate centenary of the fabled company’s founder Ferruccio Lamborghini. With the name derived from the originator himself, it should stand in compliance with what the brand is all about and seems like it already has.

All the twenty examples manufactured in a limited production run were sold for over two million euro plus tax. The one-of-a-kind roadster is not just another Lamborghini any one could buys and that caused the stir among customers who want to own one for the sake of bragging rights and pure celebration of the brand they adore. The open-top alien defying Centenario Roadster is special in every respect while being a Lamborghini it has all the significant elements their supercars are renowned for. On the inside, the owners will be greeted with a plush interior and a contemporary equipment list in Lamborghini way.

The Centenario Roadster comes equipped with a high tech infotainment system comprising of a eleven-inch touchscreen alongside Apple CarPlay, telemetry for the essential readouts and two optional cameras doing their assigned jobs. The special edition features the ultra exclusive Argento Centenario paint scheme but if the customers want something associated with their tastes, Lamborghini will apply the colour option they ask for. The celebration model does have an obvious obsession towards weight reduction as the body panels and styling as well as aero beneficial elements are made of carbon with the tub utilising similar material. The ferocious V12 engine is good enough to pump out a maximum power output of 770 hp which is the most powerful for a road-legal Lamborghini.

With the massive power and quick torque delivery, the Centenario Roadster can sprint from standstill to 100 kmph in just scarcely believable 2.9 seconds. It is claimed to achieve a top speed of 350 kmph plus helped by the rear-wheel steering, making it very unique compared to its coupe predecessor.

Unveiled in Pebble Beach, the exterior has been designed for optimised air passage over the surface with highlights such as the channel in the headrests at rear, windshield shape, rear wing that extends by up to 150 mm and rotates at 15 degree max angle and the sporty diffuser.