The midsize five-seater and seven-seater SUV segments have been well received by consumers in recent years and leveraging the popularity, car producers are expected to bring in new products in quick succession. Here we have listed all the possible upcoming midsize SUVs that have the potential to shake up the segment:

The updated version of the Hyundai Creta is already on sale in the international markets and is expected to reach India sometime next year. It will feature a brand new front fascia sticking by the latest Sensuous Sportiness design philosophy. The interior will also be equipped with a host of new features in response to the growing competition in the segment.

Kia India could also bring in its facelifted Seltos in the near future and just like its Hyundai sibling, it will come with a redesigned front grille, sharper headlamps and LED Daytime Running Lights, new front and rear bumpers, newly designed alloy wheels, etc.

The facelifted version of the Tata Harrier is currently being tested on public roads and the spy pictures suggest that it will get a refreshed design with updated front and rear profiles. The interior is believed to receive a larger touchscreen infotainment system, ADAS technologies, a 360-degree camera system and more creature comforts. It will likely go on sale later this year or in early 2023.

MG has been teasing the facelifted Hector for several weeks now and it will gain the industry-largest 14-inch touchscreen infotainment system with new i-Smart features and more premium cabin touches. The exterior will get minor revisions such as a more prominent front grille while the mechanicals will remain the same. 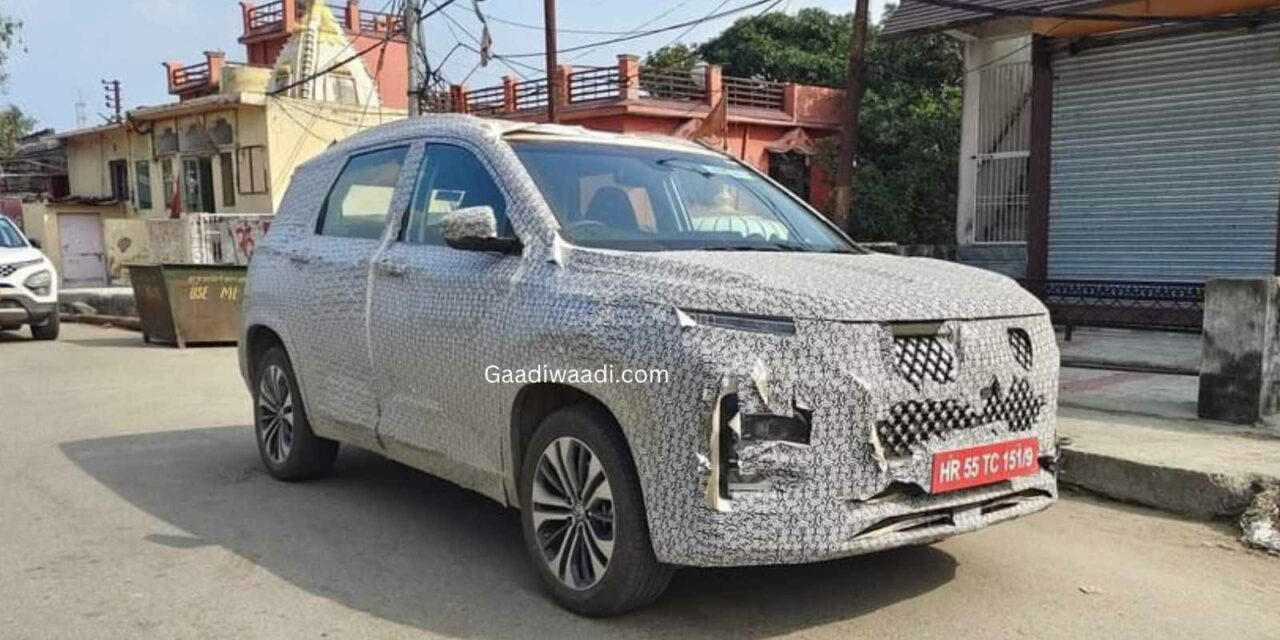 The project Blackbird is expected to spawn a five-seater midsize SUV that will sit below the Harrier in the near future. It will likely have an overall length of around 4.3 metres to compete squarely against Hyundai Creta, Kia Seltos, VW Taigun, Skoda Kushaq, etc. It could have a coupe-like roofline and have a lot in common with the sub-4m Nexon. A new 1.5-litre four-cylinder petrol and 1.5-litre diesel engines are highly likely.

In the product roadmap, Maruti Suzuki appears to be a seven-seater premium midsize SUV in the pipeline and it will likely be introduced in the coming years. The flagship SUV will sit above the existing Grand Vitara and will have several commonalities with it. We can expect distinguishable exterior changes while the features list could largely be carried over.

If Maruti Suzuki brings in the three-row version of the Grand Vitara in the coming years, the chances of Toyota Hyryder getting a similar treatment are high. The seven-seater could be launched soon after the arrival of its Maruti Suzuki sibling but no official confirmation has been made yet.