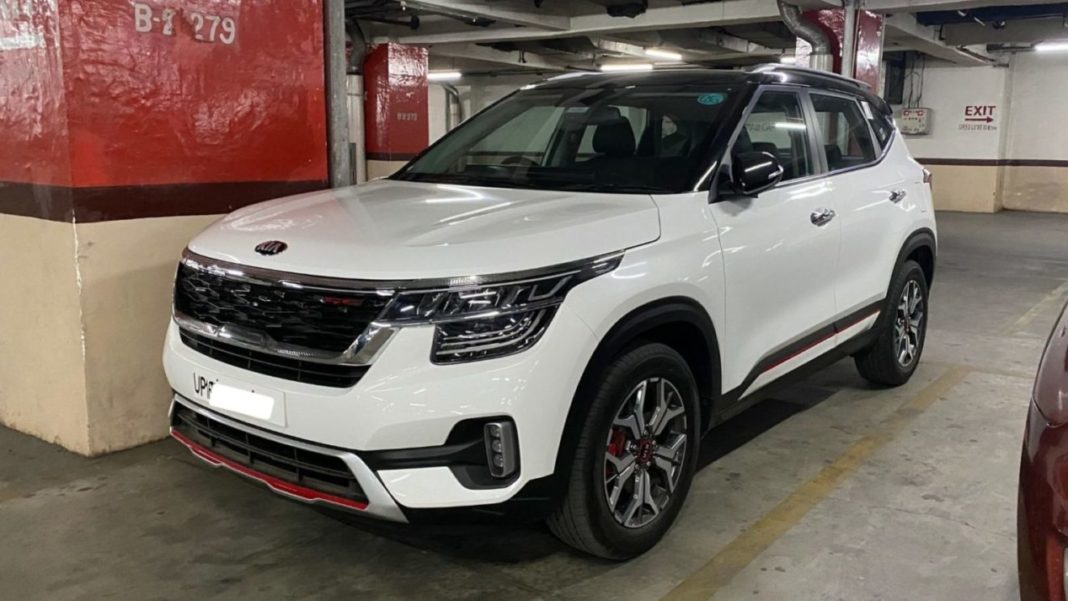 Kia Motors India Limited made an impressive debut in the domestic market with the Seltos that went on sale in August 2019. With bookings crossing more than 60,000 units and the total sales in October leading to the mid-size SUV becoming the most sold SUV in the country, this is a kind of a start only a few manufacturers could dream about.

However, for any new brand to have a credible tenure in the market, it is significant to gain the trust from the customers on the long term bringing the service, support and other criteria into perspective. But, Kia appears to be having none of that and some of the claims made by owners are nothing but extremely sore and here are the seven things we got to know from the social media: 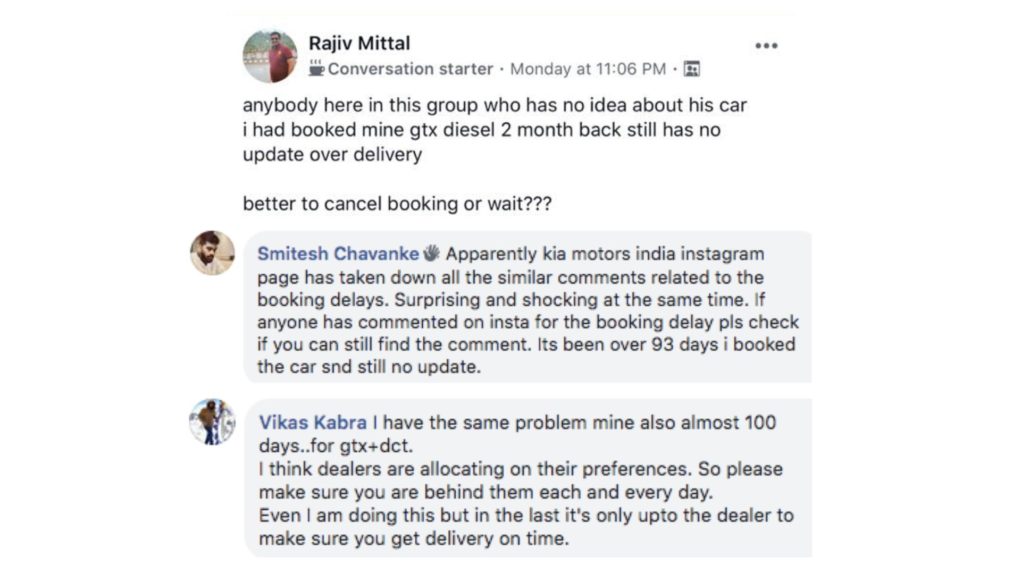 In the social media forums and group, the Seltos’ owners have expressed their displeasure over the company. Wrong delivery commitment is one of the primary complaints as Rajiv Mittal who booked GTX diesel variants a couple of months ago is still waiting for an answer from the South Korean brand on the delivery date and he might consider cancelling the reservation. He wasn’t the only one raising such claims.

2. Seemingly No Time For Accident Repairs: 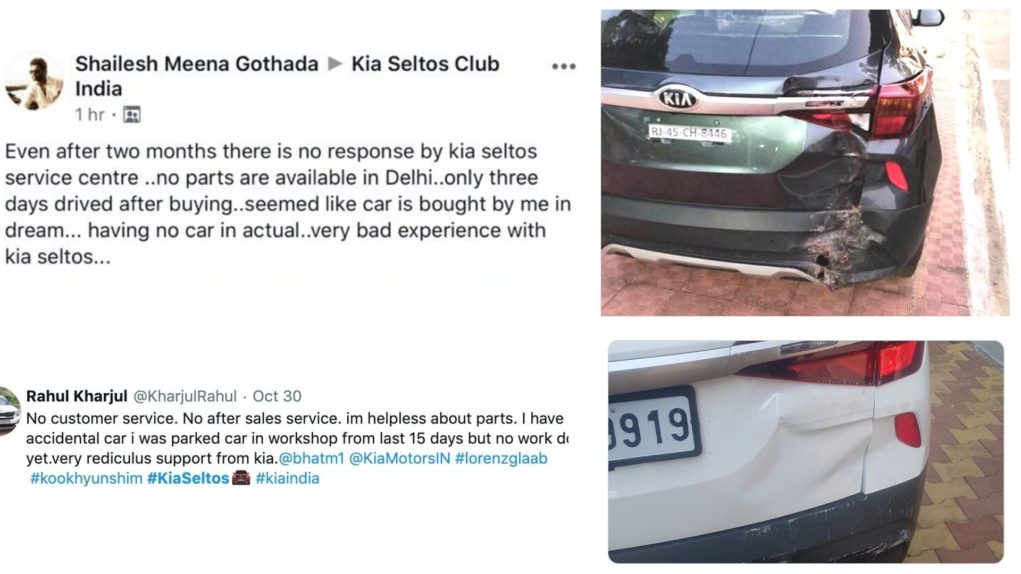 Rahul Kharjul lamented of the lack of customer service and after-sales support from Kia. His newly purchased Seltos was involved in an accident but in the name of getting it repaired, the vehicle rests in Kia’s workshop for more than two weeks without any fix due to the unavailability of parts.

Shailesh Meena Gothada’s case was even worse as his damaged Seltos in an accident is left unattended for two months at the service centre as there is no availability of parts in New Delhi and he drove his vehicle for only three days after the purchase sadly. 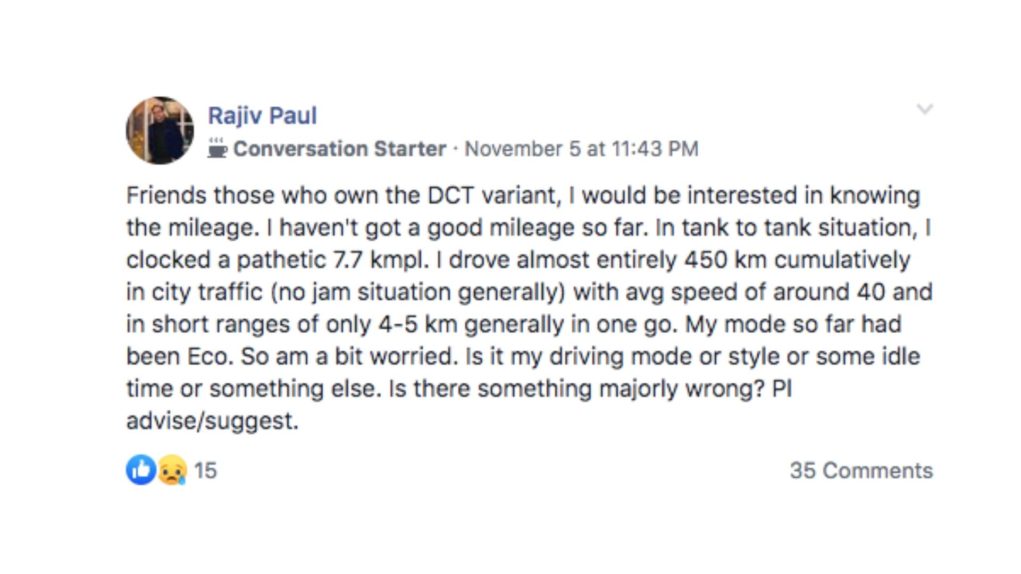 Rajiv Paul was one amongst the many owners who were shocked by the poor mileage. On a tank-to-tank scenario, his Seltos DCT variant returned only 7.7 kmpl and he wrote that he drove on a relatively traffic-free route for 450 km in the city with an average speed of 40 kmph. He was on Eco mode and perplexed over whether it happened due to his driving style or the car.

Amit Tanwar, owner of Kia Seltos DI VGT 6AT HTK+ from Udaipur, Rajasthan had the infotainment screen shut off while travelling to Dahod. After a couple of attempts at as many service centres and having waited for three hours on each occasion, the issue was fixed – only for it to happen the next time the wheel of the Seltos was turned. 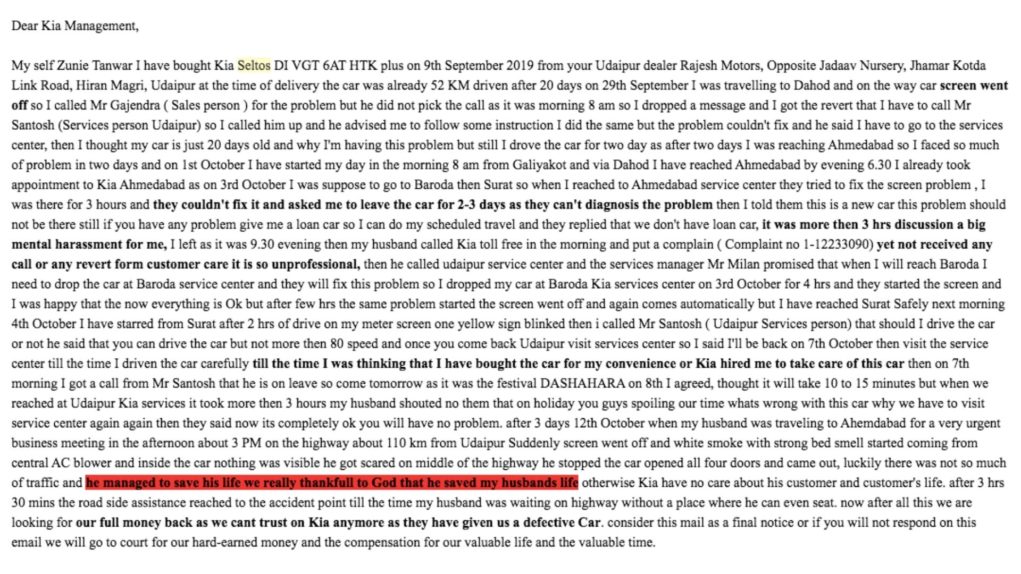 This time, a yellow warning light came out and the owner was asked to drive only at 80 kmph. Despite maintaining the speed, in the middle of a highway, white smoke poured out of the central AC vents and the driver was lucky enough to get away unhurt and it could have been fatal.

As Kia has not responded properly, the family could take the matters to consumer court and ask for a full refund for selling them a “defective” product that could have led to a fatality and creating “mental harassment”.

The Seltos does seem to have its share of technical glitches as well. While on cruise control, Som Shekhar Singh applied brakes instead of disengaging the system to lower speed. He claimed that the accelerator pedal got disengaged instead and the SUV grounded to a halt.

6. Lacklustre DCT And Over Heating Issues:

Mehul Rastogi purchased his Seltos GTX+ DCT only a couple of weeks back. When he was on traffic situations, the SUV showed heat warning and the Kia personnel advised him to put the car on P or N during such jammed up scenarios and it is plainly ridiculous. 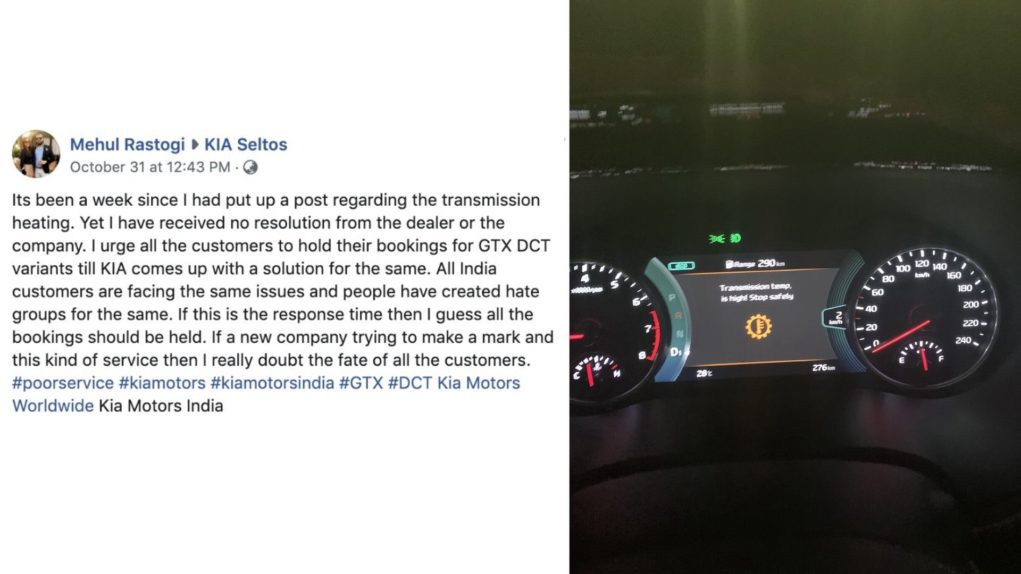 Siddharth Jain put forward the similar issue by posting the picture of the warning message that read: “Transmission temperature is high! Stop safely”. He drove his GTX+ Seltos from Noida NCR to New Delhi in about five hours covering 100 km. 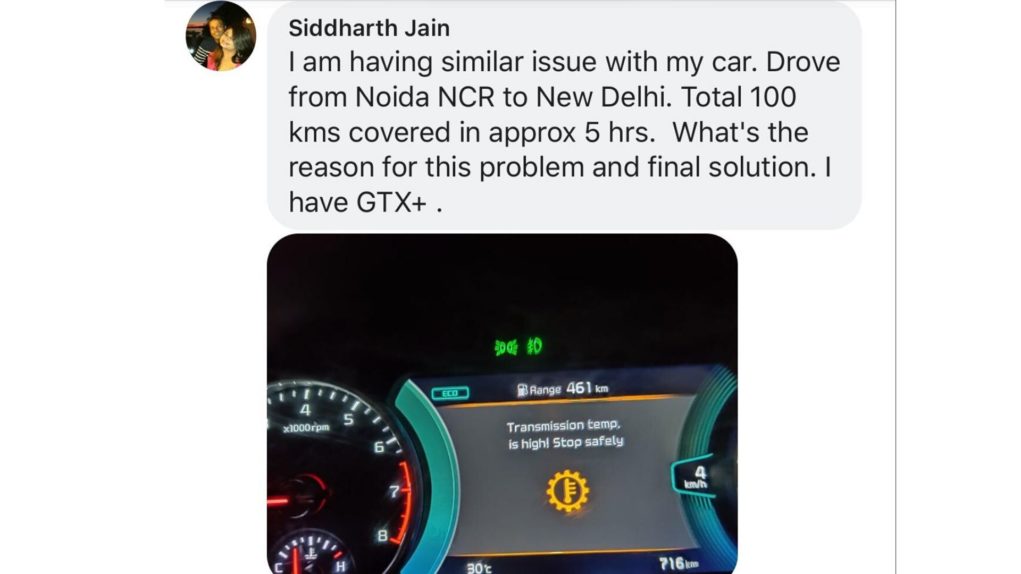 Another Seltos owner, Pradeep Khaire, claimed that he drove from Pune to Malwan for about 450 km only to have the touchscreen infotainment system hanging often. 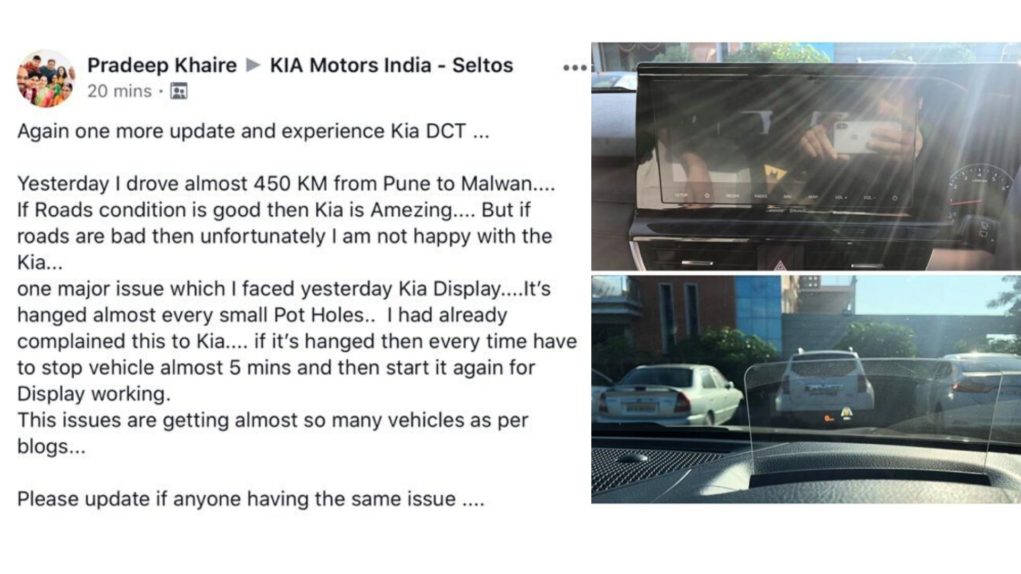 While the Seltos was smooth on even tarmac, he said even the slightest of potholes and bumps resulted in the display hanging for good. He had to pull over and wait for five minutes and restart the Seltos to have it fixed every time the issue cropped up.

It’s pivotal to create a good brand image for any new company and instead of targeting sales numbers, Kia should concentrate on providing credible service and after sales support for long term success like Maruti Suzuki, Hyundai and Toyota and not repeat the mistakes of fellow global brands like Fiat and General Motors.