MG is developing a competitor for the upcoming Tata Gravitas and the 2020 Mahindra XUV500, which could be called the Hector Plus

The regular five-seat MG Hector has received quite an overwhelming response in the Indian market since its launch earlier this year, and now the SAIC-owned British carmaker is in the works of bringing a three-row version of the car. The upcoming SUV was spied testing recently with heavy camouflage, but the spy shots reveal some crucial design updates over the car it is based on.

The three-row Hector will get a similar split-headlamp design like the five-seat version of the SUV, with LED DRLs sitting on top of the headlamp in a separate unit. The car also sports a larger front grille with mesh design and a redesigned fog lamp section. The side profile of the car looks similar to the Hector, but expect it to feature a bigger set of alloy wheels.

At the rear, the spied car sports a slightly different LED tail lamps compared to the MG Hector, while rest of the rear-end is covered in camo. The rear reflectors, as well as the backup lights, have been redesigned too. The car will likely be based on the Baojun 530 facelift, which was recently launched in China by MG’s parent brand SAIC. 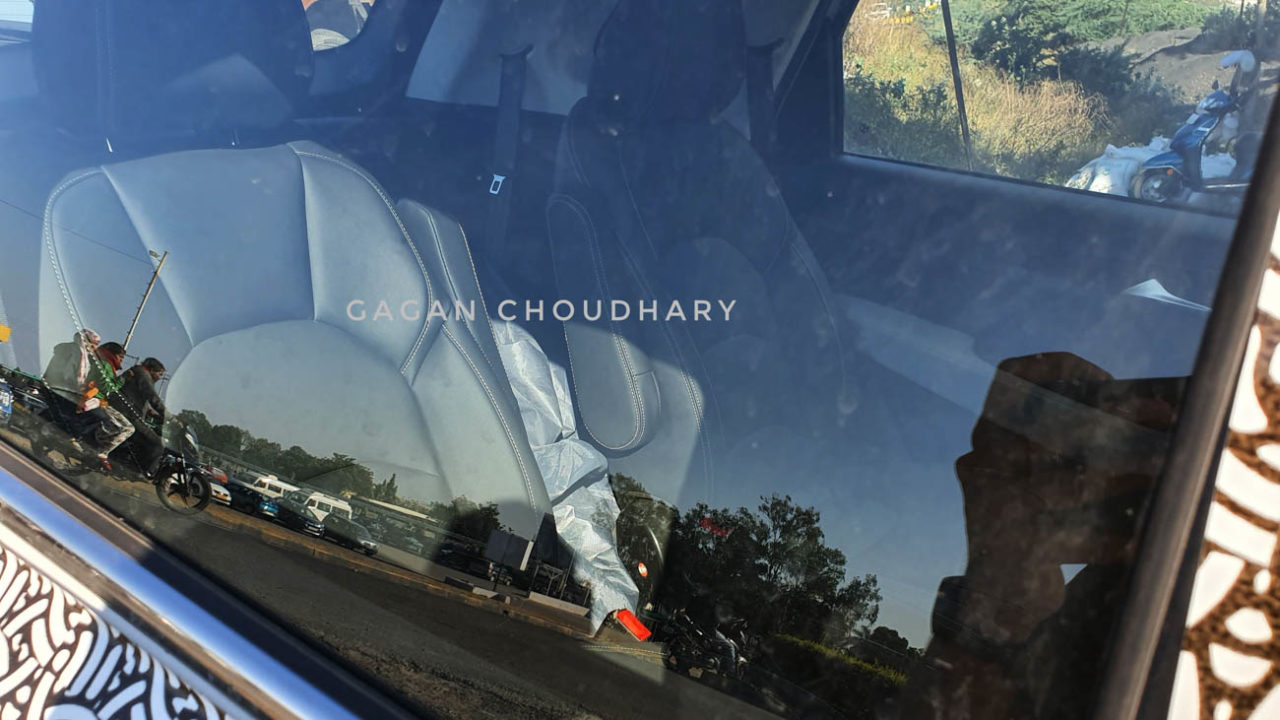 The three-row version of the MG Hector will likely be revealed at the Auto Expo 2020 with captain seats in the middle row and will be launched later in mid-2020. The MG SUV will directly put up against the Tata Gravitas, as well as the upcoming second-gen Mahindra XUV500; both of which are also set to be launched in India next year.

Powering the MG Hector is a 1.5-litre turbo petrol engine that puts out 141 hp power and 250 Nm torque, and an FCA-sourced 2.0-litre diesel engine which is rated at 168 hp/350 Nm. MG will likely carry forward these engines to the three-row Hector as well with BSVI compliance. 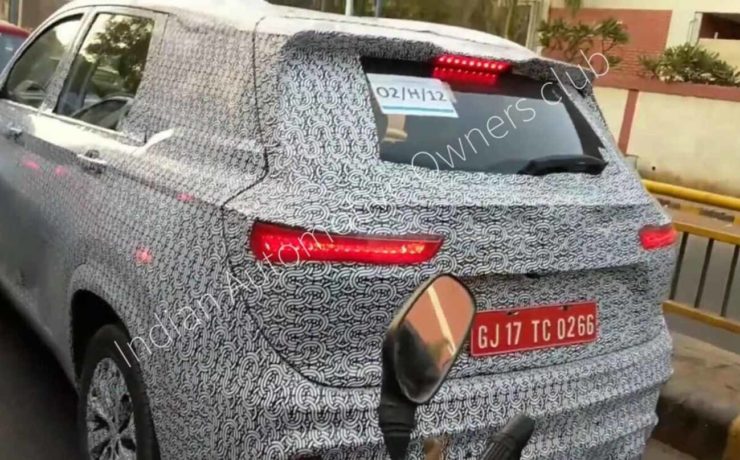 MG has priced the five-seat Hector in India between Rs 12.48 lakh to Rs 17.28 lakh (ex-showroom). The seven-seat version of the car will likely be carrying a premium of Rs 1 lakh over the Hector’s price with possible additional features.