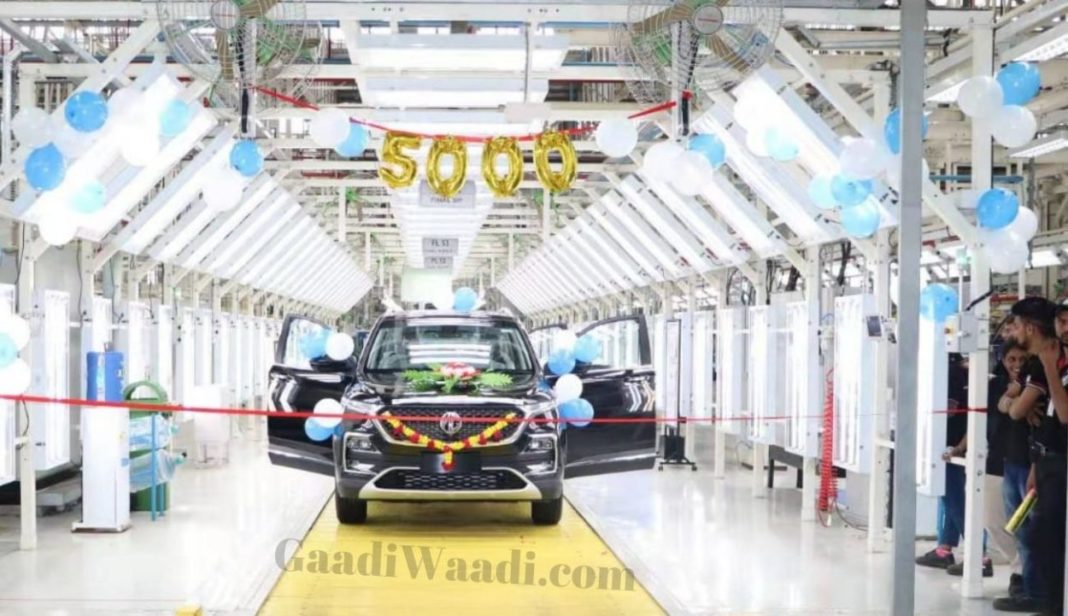 MG had rolled-out 5000th Hector from its Halol, Gujarat plant and announced to sell more than 2000 SUVs in August 2019, a 30 percent jump over previous month

The ongoing sales slump in the Indian automotive industry has took every car manufacturer by storm and there’s hardly any car left untouched. However newer brands like MG Motor that entered India for the first time just a few months back are doing fairly good in the domestic market.

The MG Hector, company’s first product in the country is constantly outperforming rivals like Tata Harrier and Jeep Compass. MG rolled out its 5000th Hector SUV from its Halol based plant in Gujarat, out of which MG sold 1,500+ units in July 2019, the first month of deliveries and in August 2019, MG sold 2,018 units of Hector mid-SUV.

In fact, MG Hector has received an excellent response with 28,000 bookings, and the SAIC owned British brand had to discontinue the bookings to meet the demand. After closings the bookings in July, MG now has accepted 11,000 further bookings for priority waitlist. 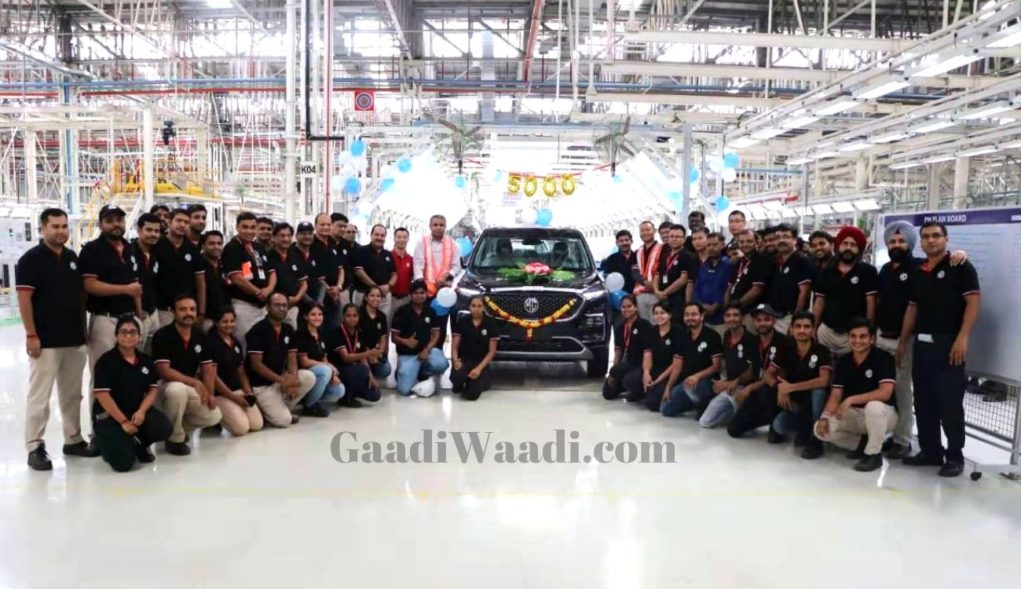 Touted as the India’s first Internet Car, the MG Hector was launched at Rs 12.18 Lakh (Ex-showroom) introductory price and is powered by a 2.0-litre, four-cylinder turbo diesel motor producing 172 bhp and 350 Nm of peak torque and is mated to a six-speed manual gearbox and a DCT gearbox as well.

The MG Hector comes loaded with features like vertical 10.4 inch infotainment system, full panoramic sunroof, powered tailgate, powered seats, voice-controlled commands and many more features most of which are a segment first.

The MG Hector competes in the mid-SUV segment, which is the hotly contested segment in India with the most number of launches in the past few months including Tata Harrier and Kia Seltos. Also, the Hyundai Creta and Jeep Compass also compete against these cars.

While the Hyundai Creta is still the undisputed winner, MG Hector has outsold both the Tata Harrier and Jeep Compass in last two month’s sales numbers. However, Kia Seltos can soon change the equation with over 35,000 bookings under the kitty. And unlike the MG Hector, Kia had already produced 5,000 Setlos in one month.