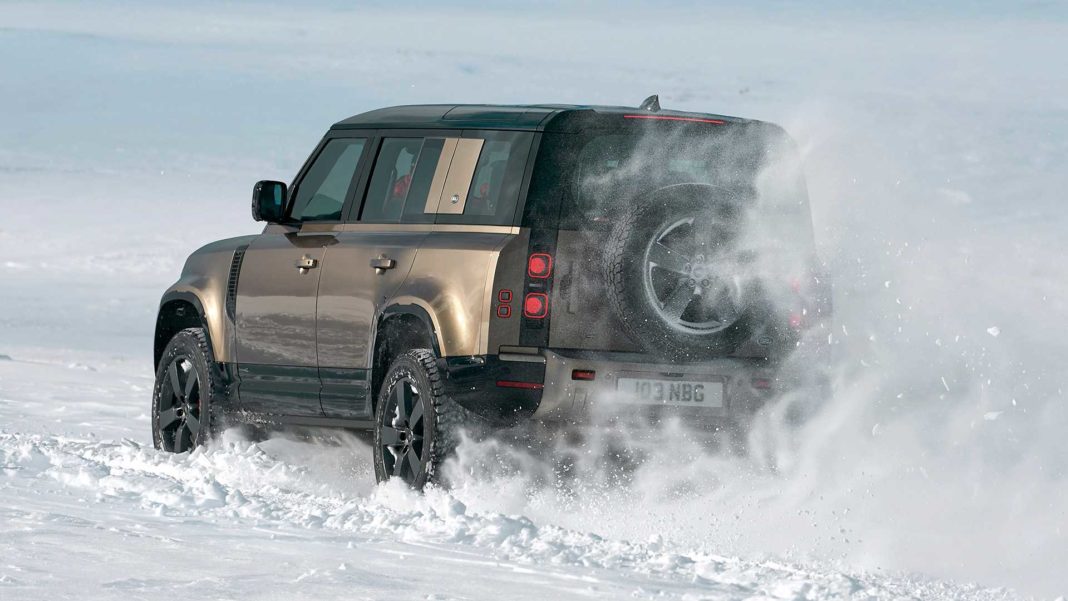 After months of rumours and spy pictures, the new generation Land Rover Defender is finally here and as expected it has been subjected to much debate following its debut at the ongoing Frankfurt Motor Show. The divided opinions deal with the new Landie not being too distinctive from other SUVs within the brand and some go as far as saying, it is not an authentic off-roader of the past.

However, one cannot argue against the fact that it has been the most sought after vehicle in its three years of absence and is destined to make a strong impact on sales. The technical wizard and the processing speed of the New Land Rover Defender are second to none and the new infotainment system is designed to be intuitive and has faster response times.

We do believe the Defender will make its way to India sometime next year and its prices start at $50,925 in the US (around Rs. 36.28 lakh). With the exterior harking back to the past in more respects than one, the new Defender’s design has come under immense scrutiny as well from enthusiasts. Here are the five main things you need to know about the 2020 Land Rover Defender: 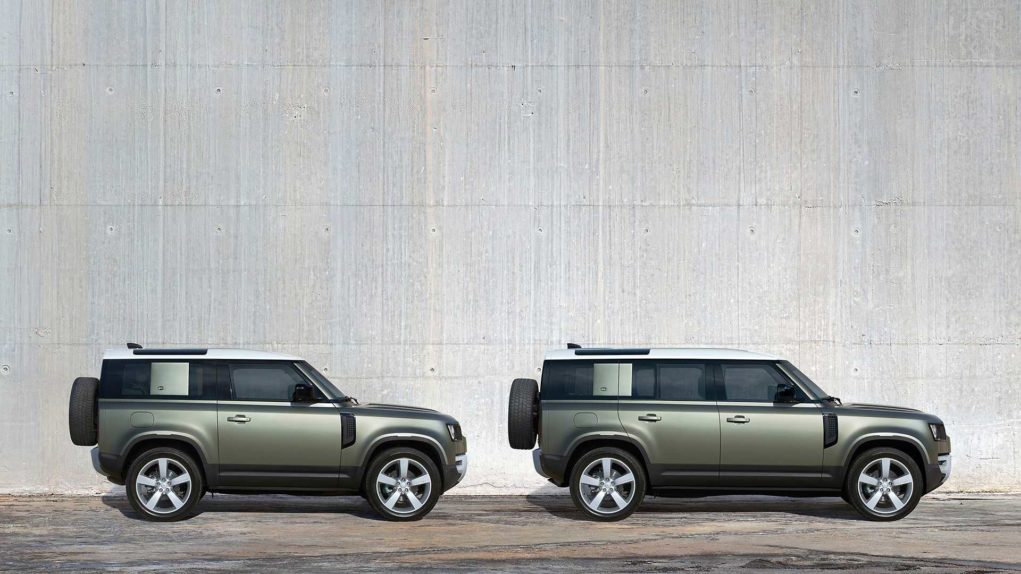 The all-new Defender comes with the long-wheelbase 110 model with five, six or seven seating configurations. The bootspace behind the second-row of seats is up to 1,075 litres, and it goes up to 2,380 litres when the second row is folded. The 110 can also be had with a front jump seat, a tribute to old Defenders as an option. A short-wheelbase 90 is coming next year and it has been revealed alongside. It will be able to seat six occupants claimed to have the length of a compact family hatchback.

The ladder-frame chassis has made way for the new D7x architecture that is three times much stiffer and utilises an aluminium monocoque construction. As you might expect, the 2020 Defender is endorsed to have the stiffest and most rigid body structure ever produced by Land Rover. Despite weighing around 5,000 lbs, the British manufacturer says it is more than capable of any off-roading tasks put in front of it. 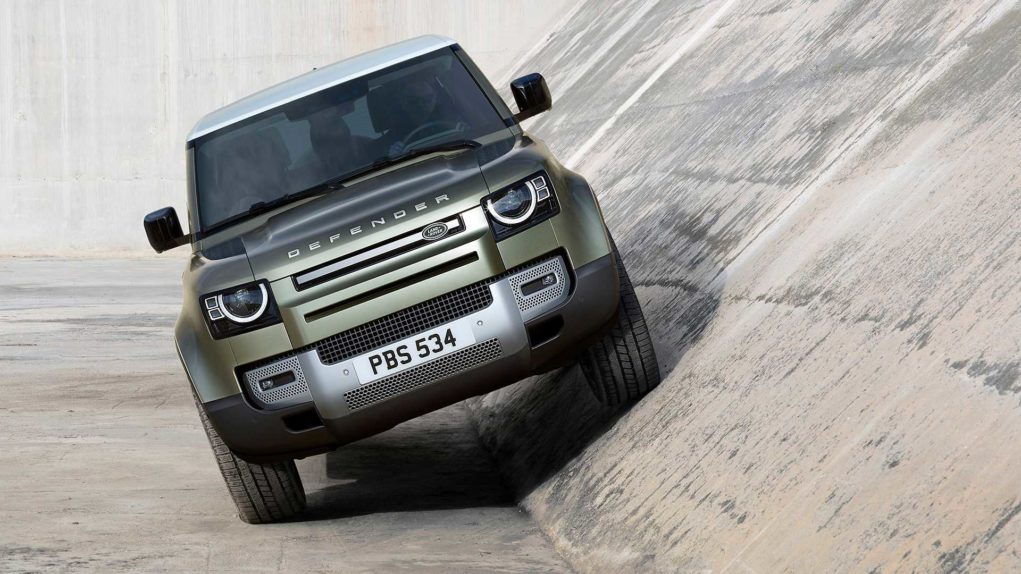 If you have seen the TVC of the new Defender, you would know what I am talking about. It has been tested to withstand Extreme Event Test procedure which relates to the repeated and sustained impacts above and beyond the normal standard for SUVs. It has also been rigorously tested across the globe on even some of the harshest environments according to Land Rover.

The new platform enables a ground clearance of 291 mm and first-ever off-road geometry allowing the 110 approach angle at 38 degrees, breakover at 28 degrees and departure angle at 40 degrees with a maximum wading depth of 900 mm supported by a new Wade programme in the Terrain Response 2 system. To alter the characteristics of the off-roader, both air and coil spring suspensions are provided. 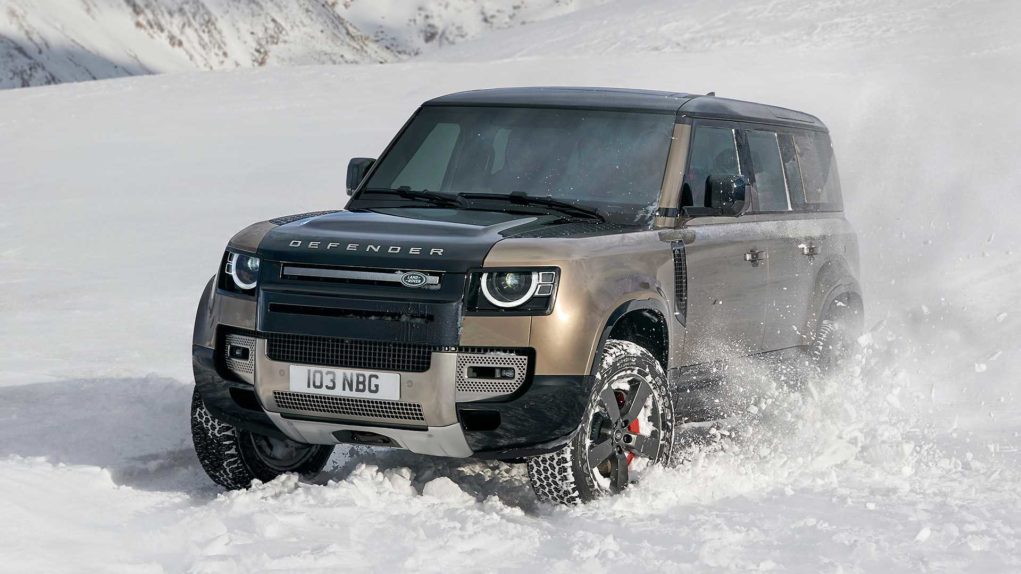 The new Defender gets a permanent all-wheel as standard with a range of mechanical upgrades that are highly advanced than the outgoing model. It comes equipped with a twin-speed automatic transmission, centre differential, active locking rear differential as an option for greater off-roading. Using Land Rover’s latest Terrain Response 2 tech means the user can configure and fine-tune individual vehicle settings based on driving conditions.

The ClearSight Ground View technology displays the areas usually hindered by the bonnet ahead of the front wheels and display them on to the screen giving more confidence to the driver especially whilst off-roading. 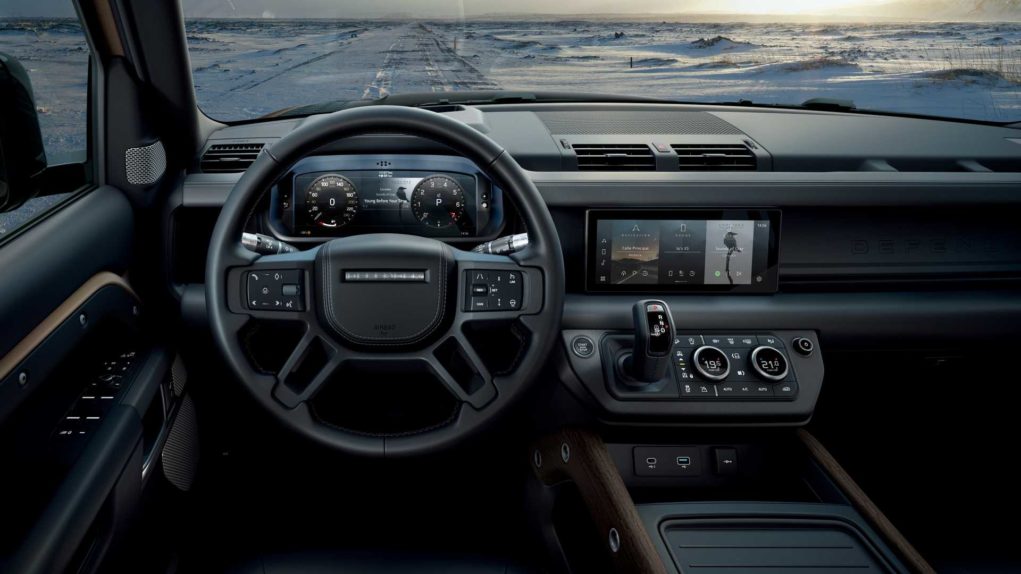 Land Rover is offering the new Defender in Explorer, Country, Adventure and Urban packages as it allows the owner to individually personalise the off-roader both inside and out giving a distinctive character. 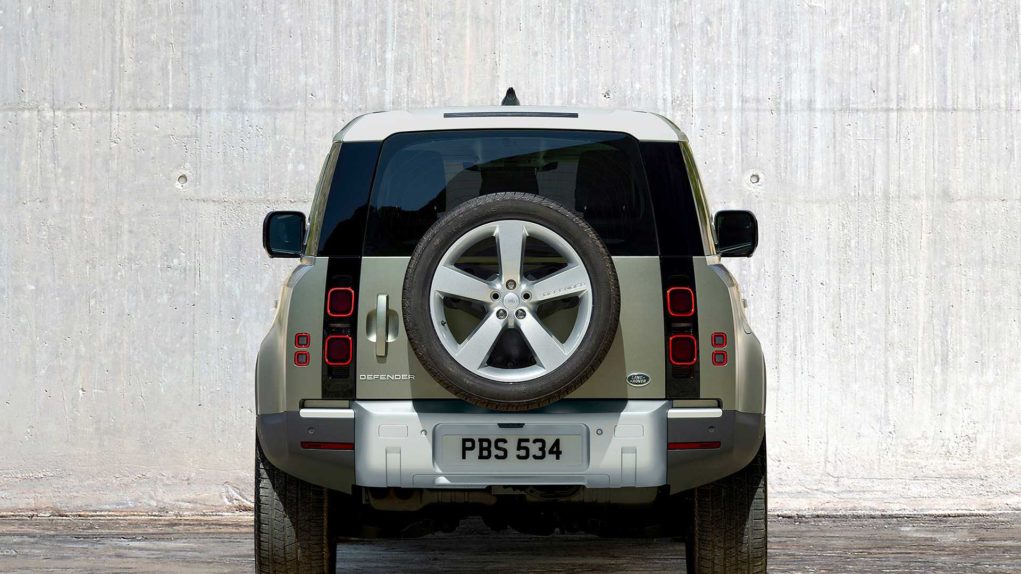 There are four engines options to choose from in the new Defender: one petrol, two diesel and one petrol mild hybrid and all are mated to an eight-speed automatic transmission. The P300 petrol is a twin-turbocharged, four-cylinder unit making 300 hp and can do zero to 96 kmph in 7.7 seconds. The mild-hybrid P400 is twin-turbo six-cylinder petrol pumping out 400 hp and 550 Nm of torque. The more frugal system also gets regenerative braking assistance and reduces turbo lag helping to get from 0 to 96 kmph in just 6.1 seconds.

The diesel engines are four-cylinder units with twin turbochargers developing 430Nm of torque as the Discovery. 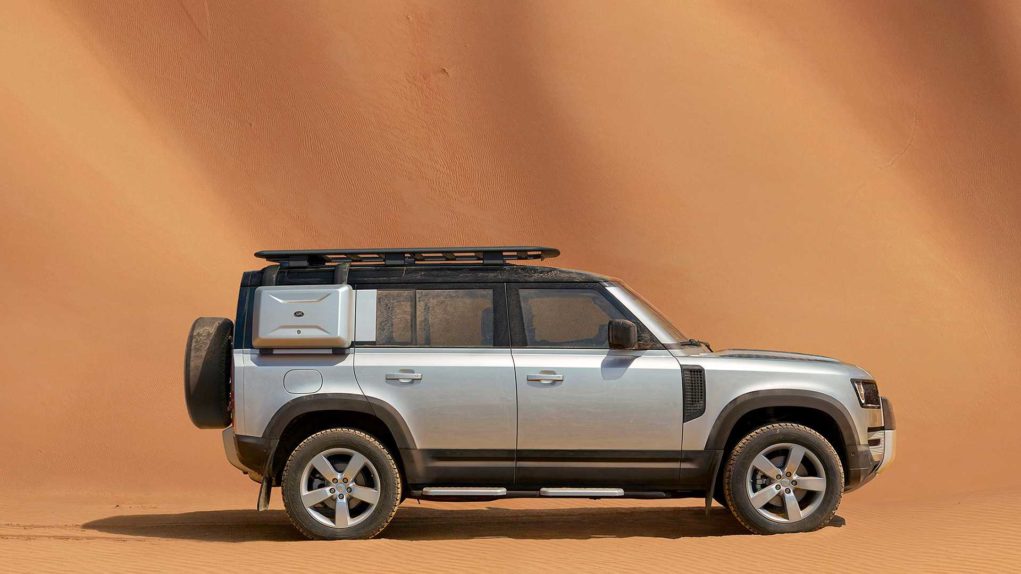