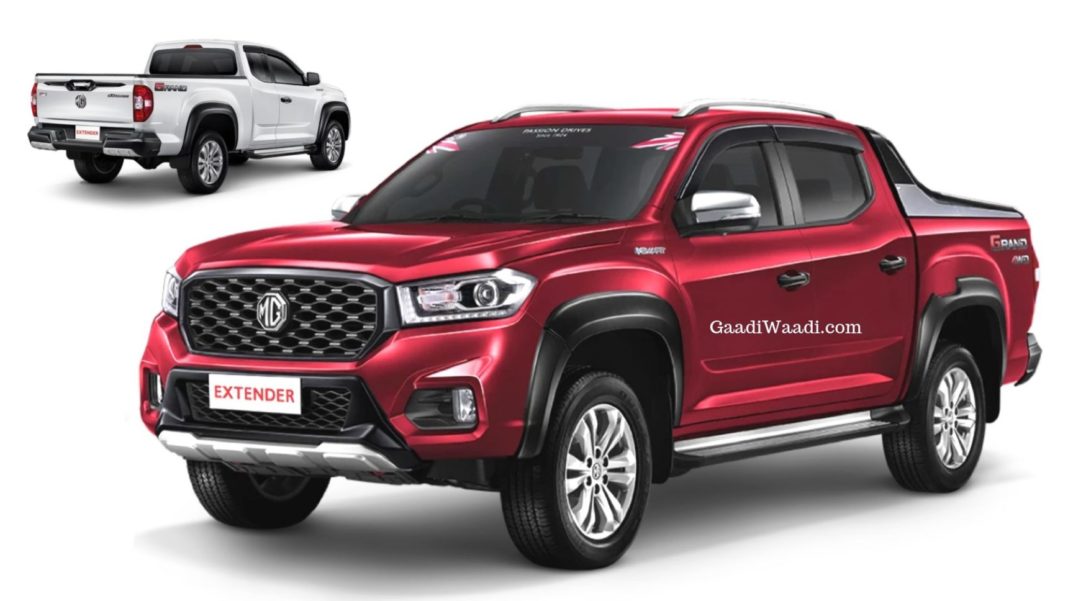 The new MG Extender pick-up truck has been launched in Thailand, it is basically a rebadged Maxus T70 and comes with the same 161 hp, 2.0-litre engine

The recently launched MG Hector has successfully garnered a huge response from the Indian SUV buyers, who seem to have been impressed with the British badge, bold front-end looks, high-end features like portrait touchscreen and electric sunroof, and powerful engine options. MG Motor India will even launch the eZS, its all-electric Hyundai Kona rival, in the coming months.

Back in Thailand, the Chinese-owned British brand has now launched the MG Extender, a pick-up truck that aims to get the better of its Japanese rivals to please the huge number of pick-up truck-buyers in the country. Here are 5 things you should know about the new model –

SAIC, the parent company of MG, has been capitalizing on the MG badge by slapping it onto its products. For instance, the MG Hector is nothing but a rebadged Baojun 530. Similarly, the MG Extender is a rebadged Maxus T70, a Chinese offering that is based on the Maxus T60 but comes with a new engine and some styling updates. In the Land of Smiles, the MG Extender will be locking horns with some established rivals, such as the Toyota Hilux, Isuzu D-Max, Mitsubishi Triton, Nissan Navara, Ford Ranger, Mazda BT-50 and Chevrolet Colorado. What this means is that it won’t be an easy job for the Maxus T70-based model to grab a huge pair of sales pie in the market.

In fact, the Hilux and D-Max alone enjoy a 70 per cent market share, which means the Chinese SUV with a British badge needs some real tricks up its sleeves to find many buyers. As it’s based on the Maxus T70, the MG Extender gets the 2.0-litre turbocharged diesel engine that has been jointly developed by SAIC and General Motors. This engine produces a maximum power of 161 h p and a peak torque of 375 Nm for the Thai-spec MG Extender.

In other markets, where it’s available on the Maxus T70, power outputs can range over 200 hp due to a twin-turbo setup. The Thai-spec Extender complies with the Euro 4 emission standards. The Maxus T60, on the other hand, gets its juice from a VM Motori 2.8 litre turbodiesel with 150 hp/360 Nm. The MG Extender is even high on safety equipment and comes with a long-range of features that make it one of the safest options in the segment.