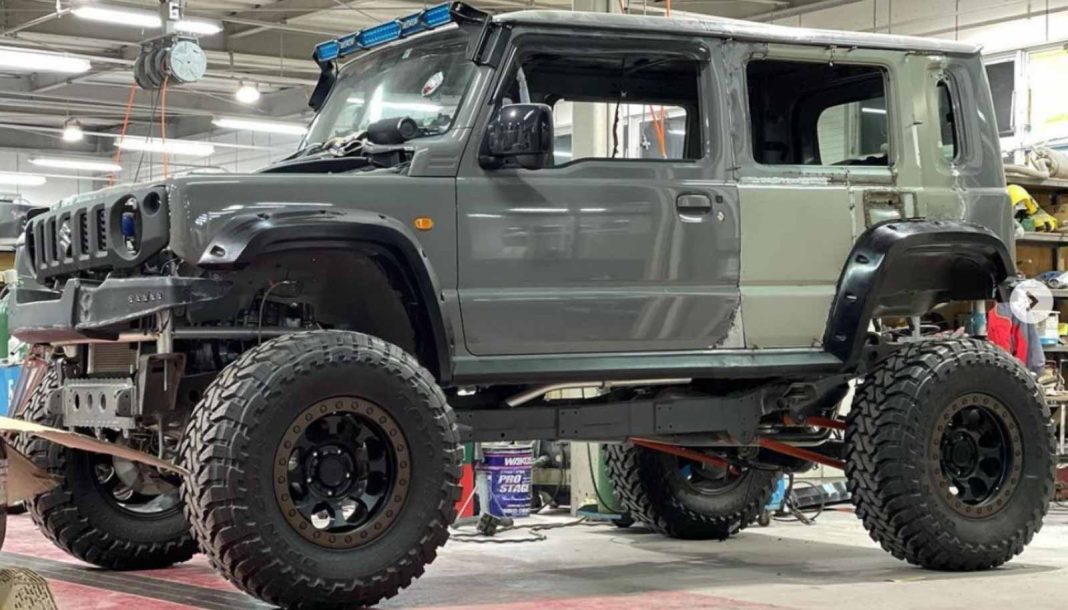 At Nihon Automotive Technology School (NATS), the students are preparing a brand new concept for the five-door Jimny and it may not replicate that close to production design from the brand itself. It must be noted that the five-door version of the Jimny was spotted testing quite a while ago and it will more likely reach India in the near future.

The concept being developed by students has custom parts as only a few bits and pieces are borrowed from the stock model. Even the chassis has been modified for an increased overall length of 400 mm and the bodyshell is welded atop. It also boasts reworked rear windows, customised rear door panels, and other improvements to give a brawny look.

The concept gets a custom front bumper and large-sized jacked wheels with off-roading in mind along with fender extensions. It retains the stock version’s flat bonnet structure, vertical grille with Suzuki badge mounted in the middle, round-shaped headlamp housing, tall pillars, slightly raked front windshield and an upright tailgate. 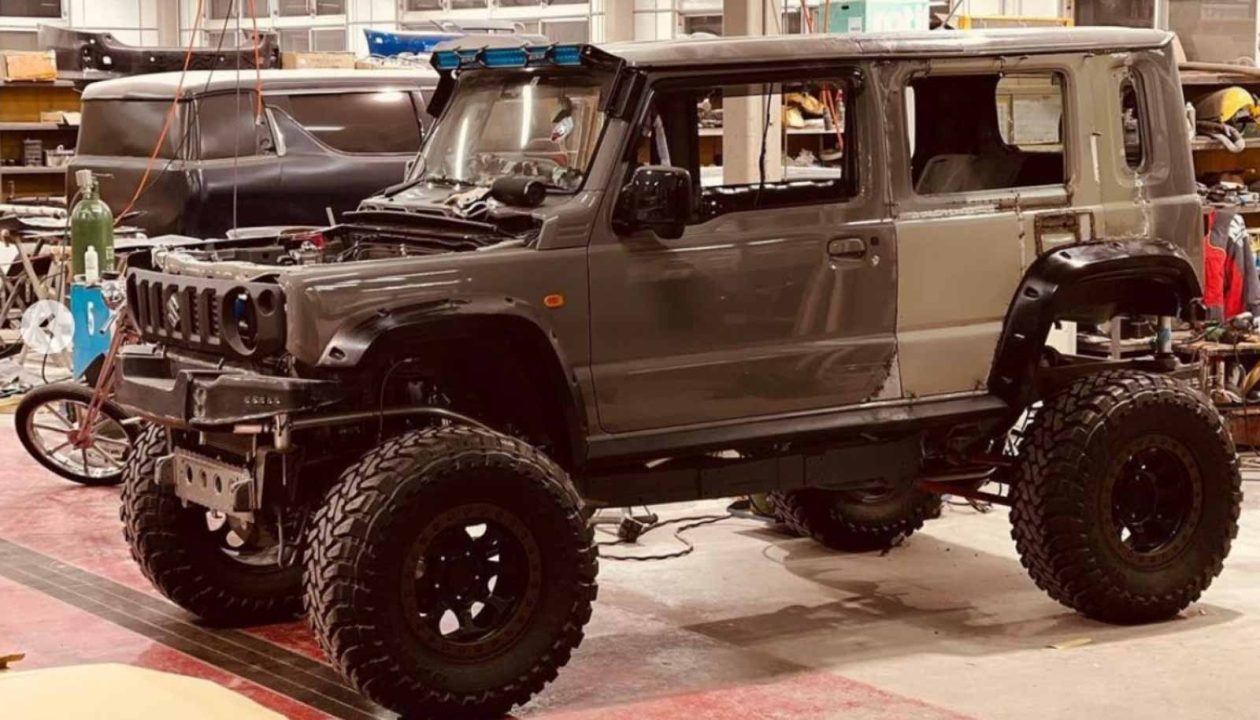 The final product will be showcased next month at the 2022 Tokyo Auto Salon and it also gets a host of mechanical upgrades including an aftermarket turbocharger for increased performance. However, the specific outputs are not known yet. It will have to be waited and seen whether changes to the transmission will be made or not in the five-door Suzuki Jimny concept.

Maruti Suzuki already exports the global-spec Jimny from its production plant in India to overseas markets and reports indicate that the domestic market has received the nod. But, the timeframe of its arrival is not divulged yet. The five-door Jimny could only be launched in the near future and it could be retained in conjunction with the three-door version.

The Maruti Suzuki Jimny appears to be part of one of the five SUV launches planned by the brand over the next three years. It could be powered by the 1.5-litre K15B four-cylinder mild-hybrid petrol engine used in many models across Maruti’s portfolio. It will be paired with a five-speed manual transmission or a four-speed AT transferring power to all four wheels.