Maruti Suzuki has been spotted testing the Jimny five-door version for the first time on public roads and it will more likely be unveiled at the 2023 Auto Expo in January before going on sale. The five-door Jimny has been on the rumour mill for long and the spy images do show the prototype wearing the signature black wrap Maruti Suzuki is known to use.

The stretched wheelbase version of the Jimny was caught testing in Europe a while ago and the test mule snapped on local roads indicates that it could be specific to India meeting the requirements of the domestic customers. The Jimny is a fabled nameplate in the international markets due to its no-frills off-road characteristics.

In India, it will likely be more premium while targeting the customers in the lifestyle off-road space and it will compete directly against the upcoming five-door Mahindra Thar and five-door Force Gurkha. The test mule rides on Y-shaped red-coloured alloy wheels while the boxy proportions, muscular fenders and bonnet, tall pillars, and a near-flat roofline are signature design elements that have been carried over. 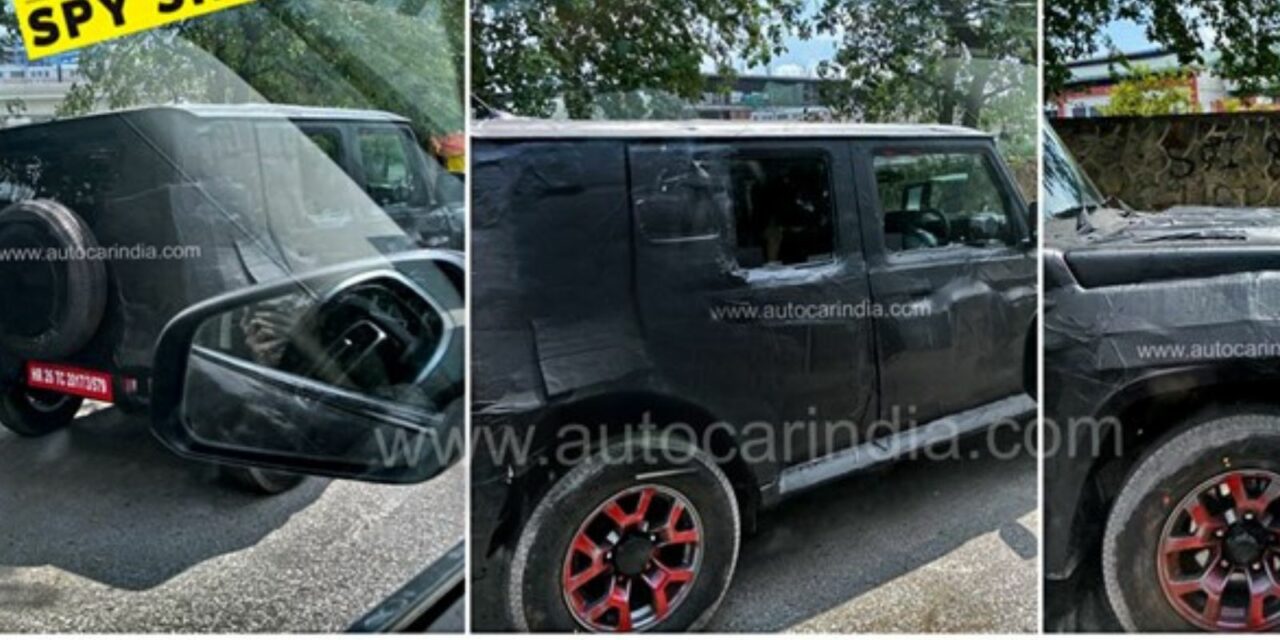 At the rear, the upright tailgate has a spare wheel mounted on it and the lower bumper section has reflectors. Compared to the three-door model, which is also produced in India for the export markets, the longer rear overhang and the extended wheelbase can be clearly noted. The longer rear doors will theoretically help in easy ingress and egress while the large windows should give an airy feel.

The front windshield is slightly raked as well. The five-door Jimny could bring in a visual update to the global fourth-generation Jimny that has been in the business since 2018. As for India, the existing 1.5-litre four-cylinder K15C mild-hybrid DualJet Dual VVT petrol engine will likely be utilised producing around 105 PS maximum power and 138 Nm of peak torque. 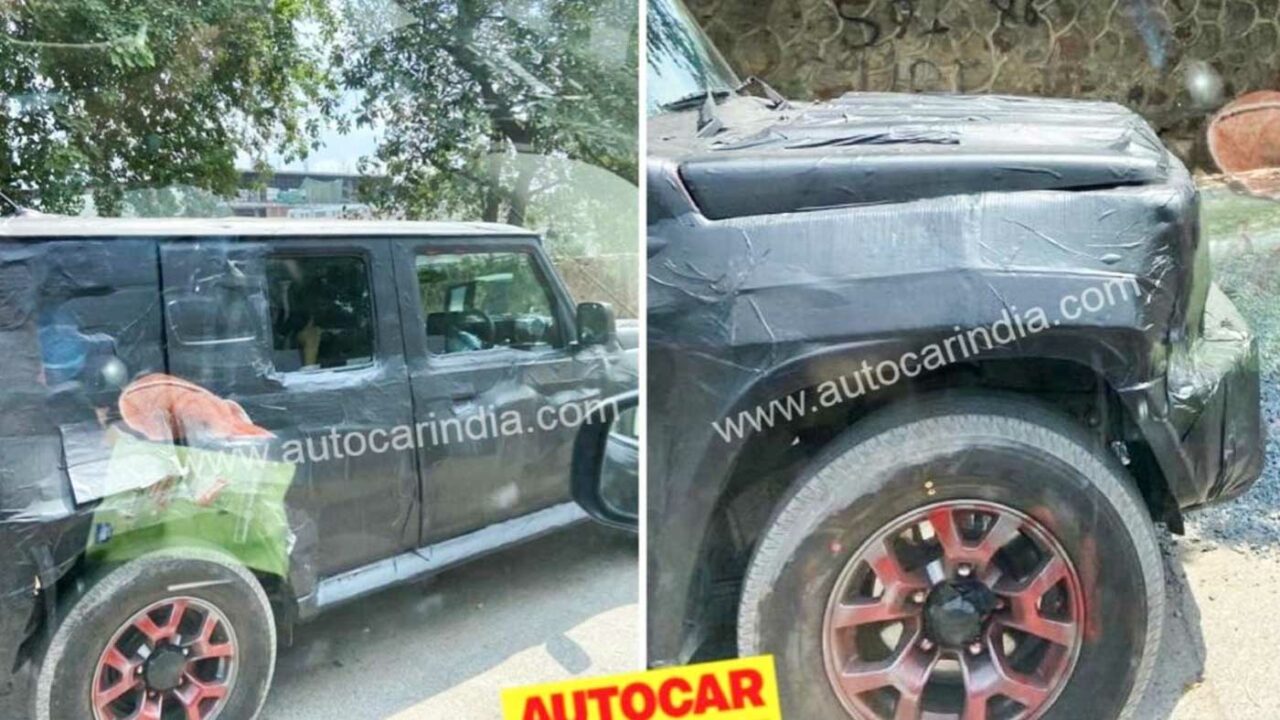 It will be connected to a five-speed manual transmission or a six-speed torque converter AT with a 4WD system as standard. The five-door Jimny will be sold through the Nexa premium dealerships and it could feature alongside the upcoming YTB (Baleno Cross) at the forthcoming Auto. The features list is expected to have several commonalities with the latest Brezza.