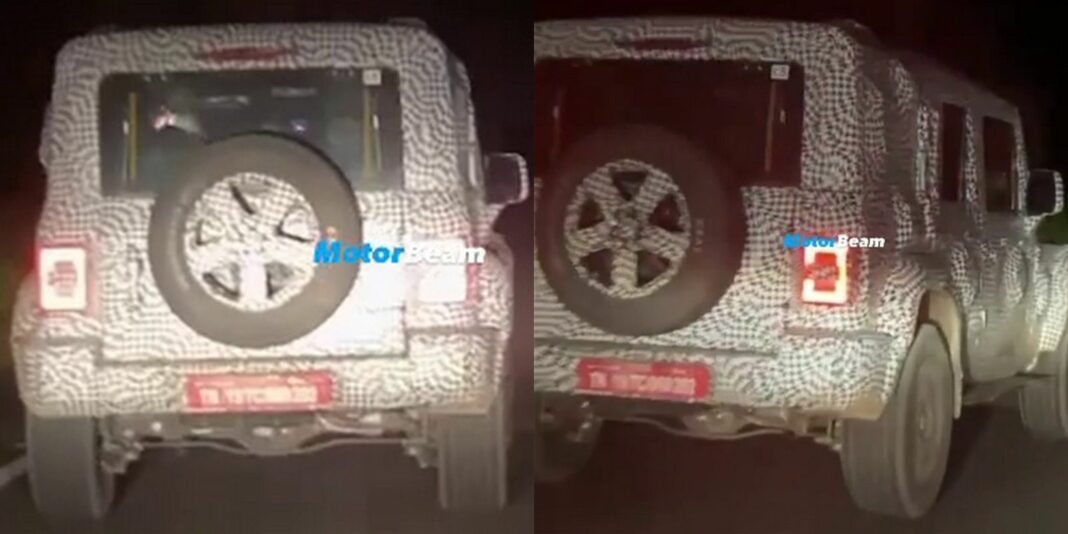 Mahindra has been spotted testing the five-door Thar quite a few times already and the latest sighting gives away the design of the alloy wheels that look very similar to that of the Scorpio. The five-spoke alloy wheels mounted on the tailgate in an old-school fashion are identical to the units found in the recently launched Scorpio Classic (an updated version of the old Scorpio).

Previously, the five-door Mahindra Thar’s test mule appeared to be wearing the permalink rear suspension, on close finding, as the Scorpio N. It does not come as a surprise considering that they will have several commonalities including the new ladder frame construction. As for the performance, the existing Thar and Scorpio N already share the engines with each other but with different power and torque outputs.

In the upcoming five-door Mahindra Thar, the performance levels are expected to be higher than in the three-door variant and it will compete against the five-door Maruti Suzuki Jimny and the similarly configured Force Gurkha (both are expected next year). The bigger Thar will likely be more spacious while offering a larger boot and perhaps improved comfort and practicality.

It is expected to debut early next year before going on sale in the due course of 2023. It is yet unknown whether it would be unveiled at the 2023 Auto Expo in January or not. It will appeal to a large band of customers and is expected to have a longer wheelbase and perhaps new bodywork. However, as for the styling, the signature design elements of the three-door Thar will be carried over.

The test mules do suggest that it will be wider due to the increase in track and it does have a good road presence as you can see in the images showed here. With the possible reduction in breaker angle due to the longer wheelbase, its off-road abilities could be slightly robbed but it will have the core go-anywhere essence Thar has been renowned for over the years.

While the basic dashboard and centre console design could be borrowed from the five-door Thar, the features list could be updated with new features and technologies.