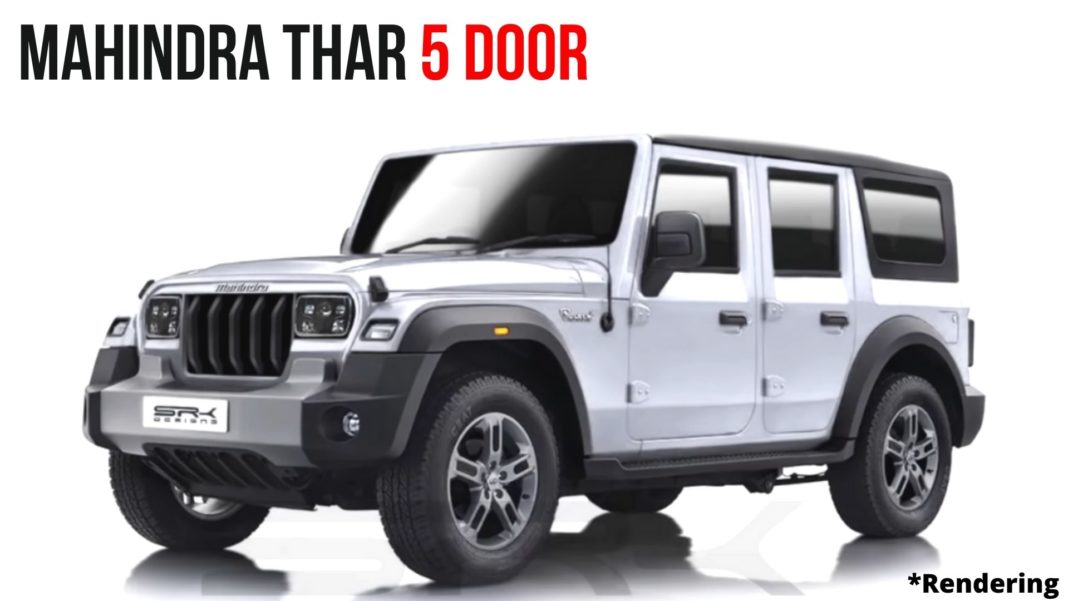 5-Door Mahindra Thar will likely compete against the rumoured Maruti Suzuki Jimny upon arrival; could have a longer wheelbase compared to the 3-door model

Speculations surrounding the five-door variant of the Mahindra Thar have been there ever since the second generation came out in October 2020. It was even said to have been given the green light but no test mule has been spotted on public roads yet. A new report suggests that the testing will commence soon as the five-door Thar will be disguised as a Bolero.

The new-gen Thar has been well received amongst domestic customers with its waiting period soaring for many months and the production had to be ramped up to meet the demands. Within six months of its market launch, the Thar reached 50,000 booking milestone and the waiting period in some regions extend above ten months.

The five-door Mahindra Thar will only help in adding more practicality into the mix as more people can be accommodated inside the cabin. It is expected to have a longer wheelbase compared to the regular three-door model (2,450 mm wheelbase length) and it will likely be based on the same ladder-frame construction.

It could compete against the long-mooted five-door Maruti Suzuki Jimny, which was spotted recently on foreign soil. Besides adding in more practicality, the five-door version will aid in expanding the range of the Thar further and thus a wide range of customers could hop onboard as opposed to only the off-road enthusiasts.

While retaining the sturdy exterior with the upright front fascia, vertical grille slats, near-flat bonnet, muscular wheel arches, and tall pillars, expect the homegrown UV manufacturer to give unique design details to differentiate itself from the three-door model. We do expect the existing 2.0-litre mStallion petrol and 2.2-litre mHawk diesel to be carried forward.

The former produces a maximum power output of 150 bhp and 320 Nm of peak torque and the latter kicks out 130 bhp and 320 Nm. Both are hooked with either a six-speed manual or a six-speed automatic transmission sending power to a four-wheel-drive configuration as standard. Mahindra is gearing up to launch the XUV700 next in the July-September 2021 period.