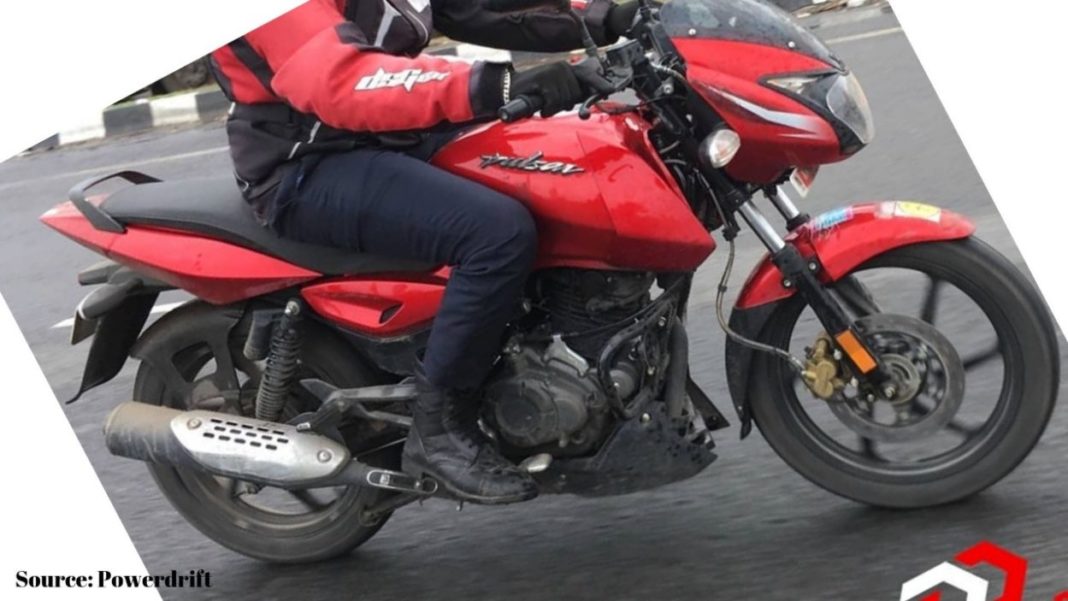 A completely undisguised Bajaj Pulsar 150 test mule was spotted recently while testing on the Indian road. The test mule is most probably Bajaj Auto’s updated BS6 variant because it looked almost identical to the current generation Pulsars 150 on sale. However, take a closer look and you will notice that it carried a few minor cosmetic and mechanical changes.

Although the test mule was spotted in the usual red paint scheme but it was spotted with a new set of graphics. The 2020 Pulsar 150 model featured new decals on the headlamp cowl. You can expect the same styled decal to find its way on to the rest of the body panels as well when this motorcycle is launched in India later this year.

There is a possibility that Bajaj might introduce a new ABS feature with the drum brakes as well in order to keep the costs in check. It will be interesting to find out how the safety feature performs compared to a conventional dual-channel ABS system on upcoming 2020 Pulsar.

The undisguised test mule was caught with a different set of footpeg, black belly pan cover and a black grab rail bar towards the rear. Although there were no major cosmetic changes spotted on the test mule but Bajaj would definitely use the BS VI updates to add some cosmetic updates to the motorcycle. The upcoming Bajaj Pulsar 150 might feature a revised headlamp setup, fuel tank, and a rear tail section.

Currently, the Pulsar 150 is powered by a 149cc, air-cooled,4-stroke, a carbureted motor that produces about 13.8bhp of peak power at 9,000rpm and 13.4Nm of peak torque at 6,000rpm. The engine is paired with a 5-speed gearbox. Although this is too early to predict but expect the BS6 variant of the Pulsar 150 model to feature a fuel injection system to comply with the stricter BS6 emission norms.

The launch of the 2020 Bajaj Pulsar 150 BS6 variant could take place during this festive season. Expect it to get carry a slightly higher price tag than the current models. The current Bajaj Pulsar 150 Classic variant is priced at Rs Rs 84,461 (ex-showroom).