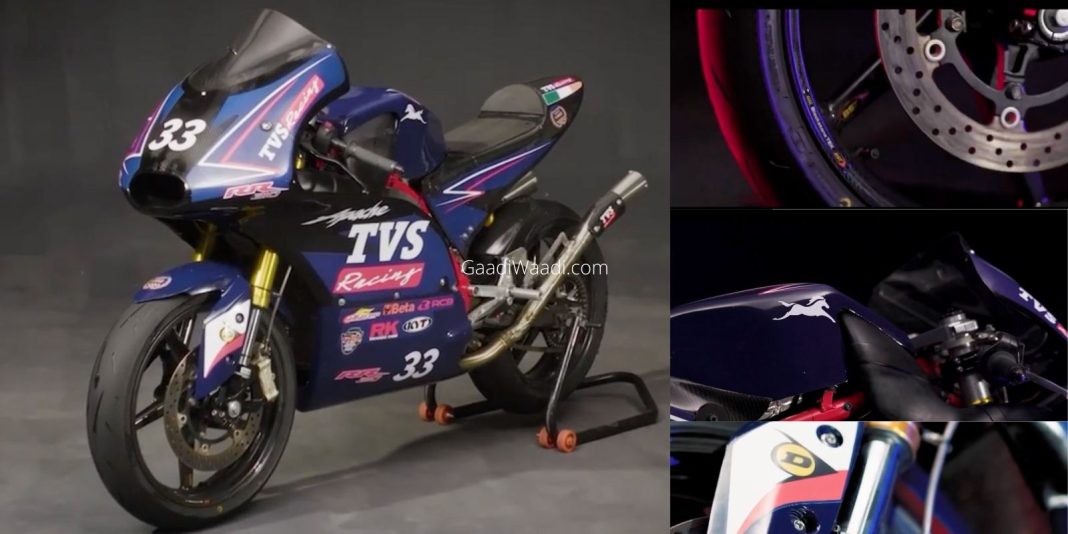 TVS Motor Company’s motorsport journey spans over the last four decades and most of the learning on track has been transferred to production motorcycles for consumer use in a good old fashion way. Expanding its racing programme, the Hosur-based two-wheeler maker has today announced the TVS Asia One Make Championship 2022, which will run alongside the ARRC (Asia Road Racing Championship) calendar.

The first-ever Indian racing team to compete in the gruelling Dakar rally also has its eyes set on making a mark in the Asian championship by running the race-spec RR310. The faired flagship supersport motorcycle within the brand’s domestic range has been extensively modified this time around and it has to be borne in mind that both RR310 and Apache RTR 200 4V have their individual one-make racing series in India nurturing young talent.

The race-spec RR310 is also the lap record holder at MMRT as it lapped the historic circuit in 1 minute and 50.432 seconds in the highly competitive Pro Stock 301-400 cc category. Following a win in the MSBK championship and top-five finishes in ARRC with the RR310 platform, TVS builds on the credibility with the ARRC-spec race machine and four rounds will be conducted in the inaugural season.

The rigorous selection process will begin at the Sepang International Circuit in Malaysia later this month as 16 riders will be selected and top performers at the One Make championships in India will get a race seat to boost the local talent. The stock 312 cc motor is tuned for race performance as the single-cylinder DOHC four-stroke liquid as well as oil-cooled engine produces 38 per cent more power than the road-legal machine. While the exact number is not revealed, it estimates close to 47 PS maximum power.

The engine uses performance parts such as titanium valves and forged pistons for greater acceleration and modifications to the cooling system have also been made to attain consistent lap timing. Other highlights are aero-based carbon-fibre bodywork, lightweight carbon wheels, and a special ram air intake box for better airflow and volumetric efficiency.