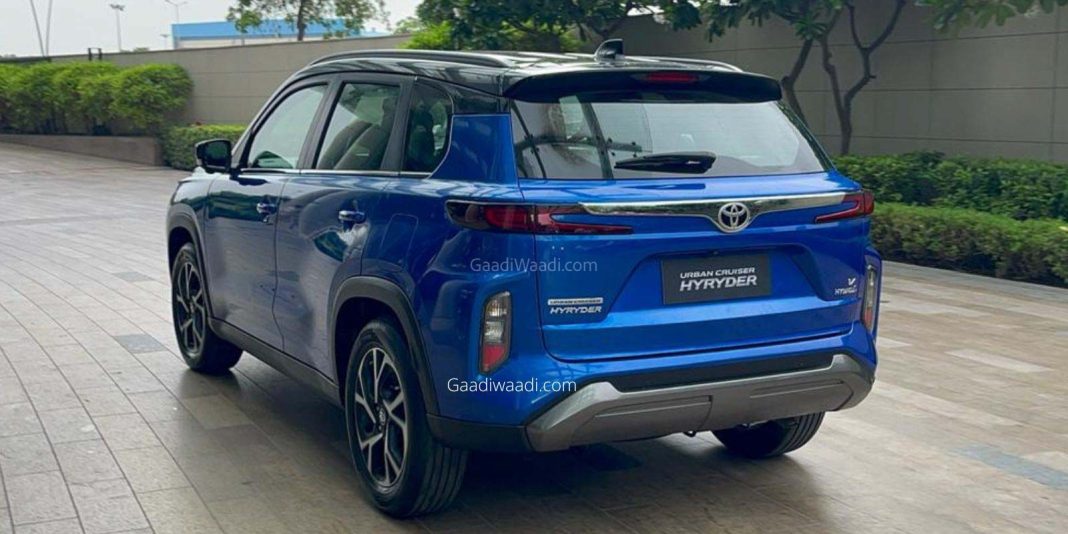 Japanese car giant Toyota has a few SUVs in the pipeline for the Indian market, and here, we’ve listed the ones that are expected to launch soon

Toyota Kirloskar Motor is planning to launch a few new automobiles in the Indian market, and the company has a few SUVs in the pipeline. In India, Utility Vehicles have seen a lot of success in recent times, which is why carmakers are now planning to focus heavily on SUVs and MPVs.

Here, we have listed four upcoming Toyota SUVs that are expected to launch in India within a year.

Maruti Suzuki recently launched the next-generation version of Vitara Brezza as Brezza in India with a completely new design and features set. Also, Toyota will launch a rebadged version of this compact Maruti SUV, as the new-gen Urban Cruiser likely in September.

There will be a few differences in the exterior and interior styling between Maruti’s and Toyota’s versions of this forthcoming SUV, but mechanically they will be identical. It wil be powered by a 1.5L NA petrol engine, and transmission options will consist of a 5-speed manual and a 6-speed torque-converter automatic (with paddle shifters).

Toyota and Maruti Suzuki jointly developed 2 new midsize SUVs for the Indian market with mild hybrid and strong hybrid petrol powertrains. The Maruti version is badged as Grand Vitara while the Toyota version got the Hyryder name, with a few visual differences between them. Both vehicles have 2 powertrain options – 1500cc Suzuki engine delivering 103 PS and 137 Nm torque mated with 5-Speed MT and 6-Speed AT while the other engine is Toyota sourced 1.5L 92 PS petrol engine with 58 PS electric motor with peak torque of 116PS. 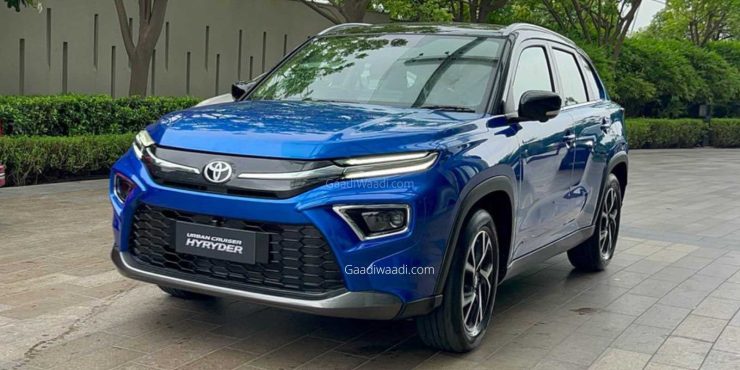 There are a lot of premium features on offer here, including an electric sunroof, 360-degree camera, HUD (head-up display), and connected car tech.

Toyota has been road testing a test mule of RAV4 in India for quite a long time now, and this SUV is expected to launch here in the near future. As confirmed by the spy pictures, this is RAV4 Hybrid, and we expect it to arrive as a CBU import in limited numbers. 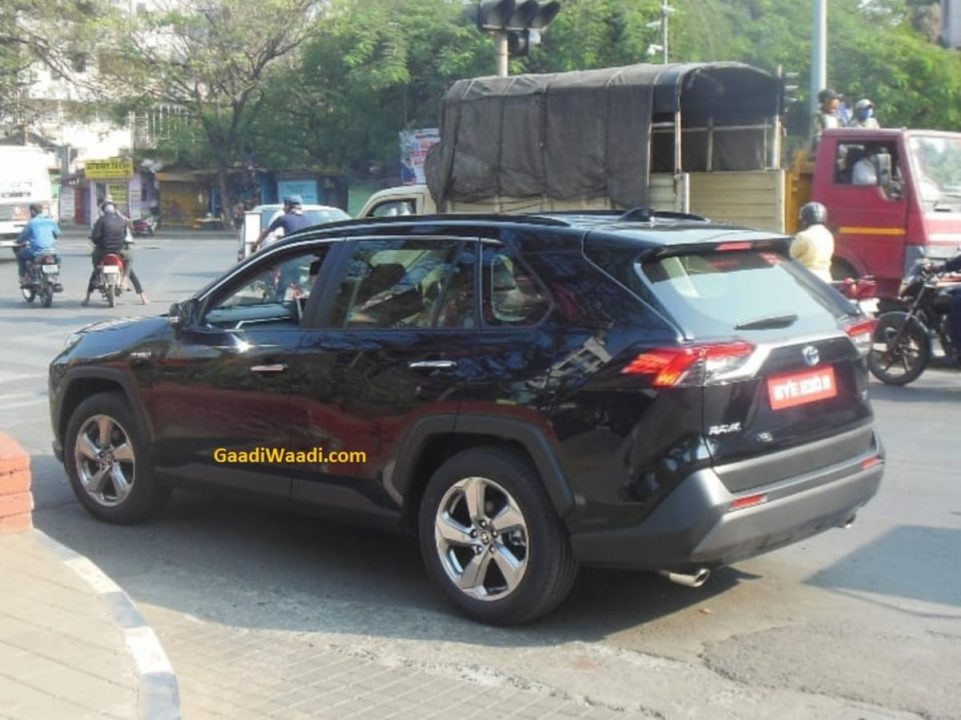 Toyota RAV4 Hybrid is powered by a 2.5-litre NA petrol engine, along with two electric motors, one on each axle, giving the SUV an electric AWD system. The combined power output is rated at 219 PS.

Toyota is planning to introduce the new Land Cruiser (300 series) in India soon, likely via the CBU import route. The company had reportedly started accepting bookings for it earlier this year, but has temporarily halted it due to the global semiconductor chip shortage. 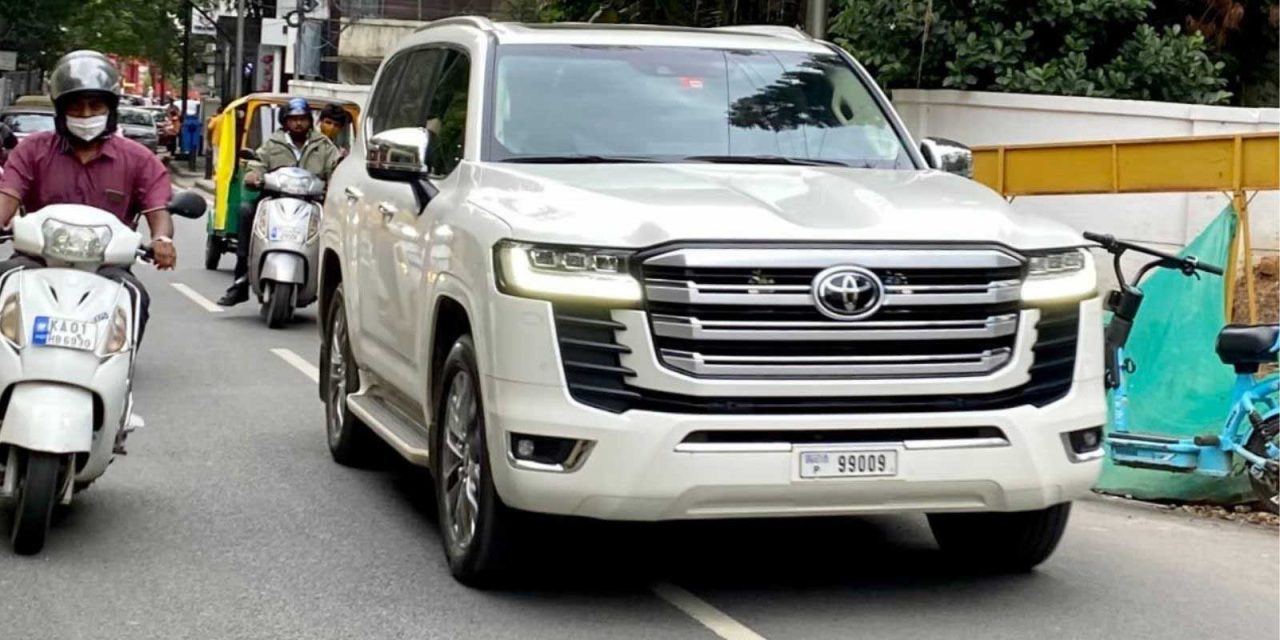 Deliveries of the new-gen Toyota Land Cruiser are expected to commence in India in August-September this year. The SUV is available with two engine options internationally – a 3.3-litre twin-turbo V6 diesel unit and a 3.5-litre twin-turbo petrol unit – and we’re not sure which version will go on sale in India.