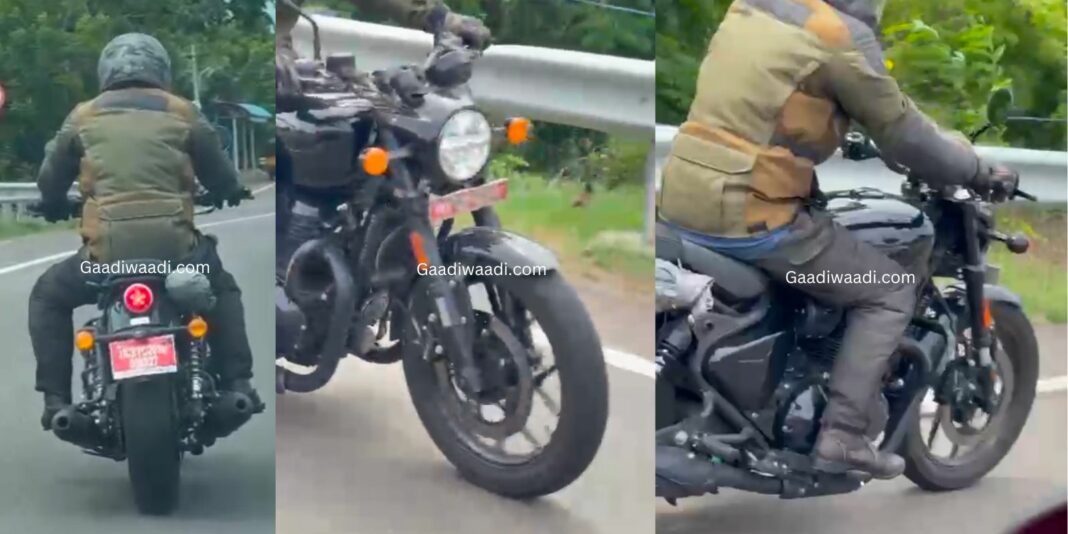 Soon after unveiling the new Super Meteor 650 in the Indian market, Royal Enfield is now gearing up to launch six new 650cc bikes in the country in the near future including the new Scrambler 6500 and the Himalayan 650 and the three bikes we have mentioned here will be the major highlights as each will cater to different segments. All these bikes are likely to be powered by the same 648 cc parallel-twin petrol engine and will offer a powerful and premium package for the buyers.

For starters, these three bikes are expected to be called the RE Shotgun 650, RE Scrambler 650, and the RE Himalayan 650. Starting with the upcoming RE ADV 650 first, reports claim that this new bike will ride on wire-spoke wheels wrapped in off-road tyres.

Furthermore, it will boast an upright stance and will get a tall handlebar along with a high ground clearance. Furthermore, it is also expected to get an upswept high-mounted exhaust setup along with a scooped-out rider’s seat and a rear luggage rack. It is likely to weigh more than the RE Interceptor and will be offered with a long travel suspension setup.

The Royal Enfield Shotgun 650 concept on the other hand was first showcased at the 2021 EICMA and is soon expected to hit the showrooms. To be offered with a bobber-like styling, the new Shotgun 650 will boast a strong road presence and is likely to be offered with single as well as twin seat options.

Furthermore, the bike will get retro-inspired styling elements including a round-shaped headlamp, round rear-view mirrors, and round tail lights. The production-spec version is also likely to feature blacked-out alloys and blacked-out Super Meteor-like exhaust.

The third bike is likely to be called the Scrambler 650 and was recently spied testing on Indian soil. The test mule of the bike featured a 2-into-1 exhaust system along with wire-spoke wheels and an upside-down front suspension. In addition to this, it is also likely to offer features like a Tipper-based navigation system, electric start, and more as a standard part of the package. The brand will be soon sharing more details about this upcoming 650 cc bike in India.