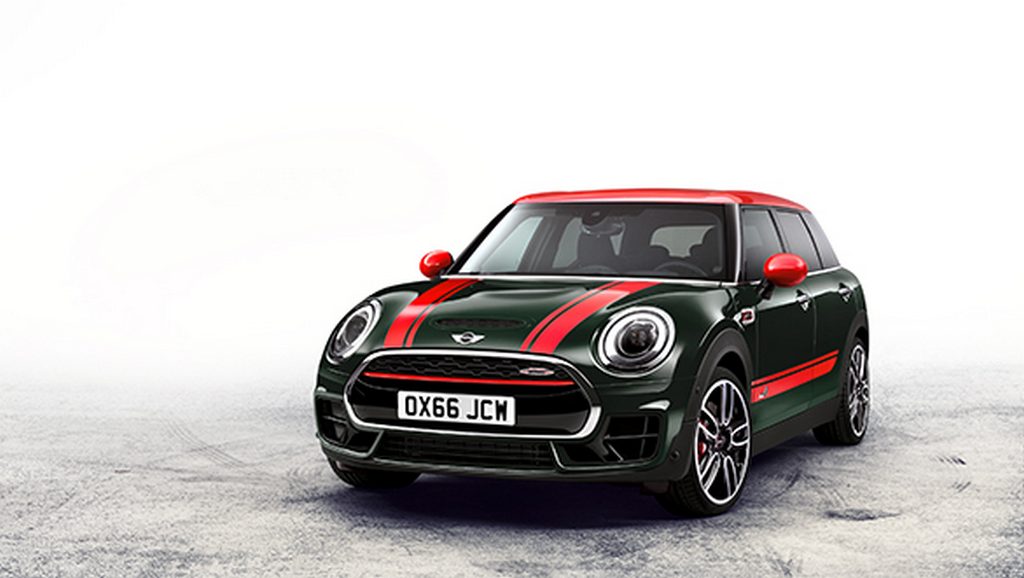 Mini revealed the John Cooper Works Clubman today and it is gets power from the same 2.0-litre turbocharged petrol engine as in other JCW models. It develops 231PS of maximum power between 5,000 and 6,000 rpm alongside a massive 350 Nm of peak torque. The twin scroll turbo unit has been modified and is added with an enlarged intercooler and the exhaust system is performance-prepped.

To tackle the torquey motor, one more radiator has been fitted underneath the left wheel arch for cooling purposes. The engine is mated to a standard six-speed manual or an eight-speed automatic as option. It sends power to the ALL4 all-wheel drive system with front wheels taking most of the power. When the rear wheel needs power and torque, electro-hydraulic clutch kicks in and does the duty. The new JCW Clubman can accelerate from zero to 100 kmph in just 6.3 seconds before topping out a maximum 238 kmph. The fuel economy is rated at 14.69 kilometres per litre. The 231 PS peak power is honed using an improved braking system which gets four-piston Brembo calipers.

The stiffened suspension is also lowered while the Variable Damper Control is offered as optional with three driving modes such as Sport, Green and MID. The modes act different based on its defined intents and purposes by altering the suspension, gearbox and engine. On the outside, the new JCW Clubman has aggressive bumpers and larger multi-spoke 18-inch alloy wheels. The unique features on the model are JCW badge on the front grille, rear door and the fenders while the front bumpers incorporate new air intakes which direct air towards the brake cooling ducts and the secondary radiator. The body panels have been carefully designed to be as efficient as possible aerodynamic wise. The integrated roof spoiler, rear apron and side sills also reduce aerodynamic lift.

Standard features include camera-based active cruise control with brake function, Mini Driving Modes, LED headlamps and Park Distance Control. The cabin comprises of 6.5-inch touchscreen infotainment system while a larger 8.8-inch screen is offered as an option. Additionally interior equipment are an anthracite roofliner, JCW leather steering wheel and integrated headrests among others. The AWD six-door estate will face tough competition from VW Golf R Estate in Europe. It will be an attractive proposition if Mini India considers launching it.