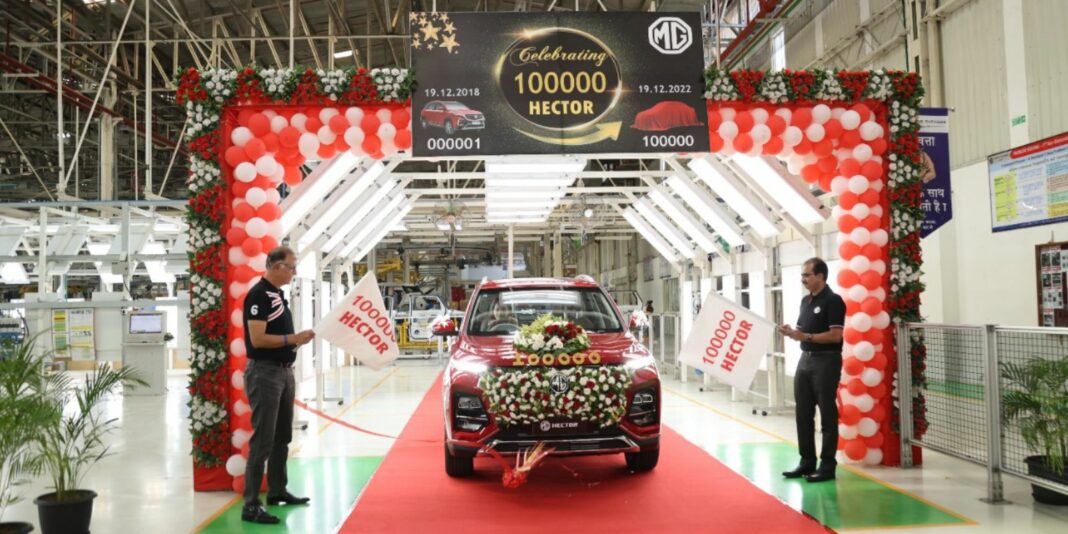 MG Motor India has today revealed on its social media channels that the Hector has reached the one lakh sales milestone in India. The 1,00,000th unit of the Hector, which happens to be the upcoming facelift, has been rolled out of the production lines in Halol, Gujarat. The Hector was the first model introduced by the brand in the domestic market back in 2019.

It has been well received by customers and the facelift will stretch the lifespan of the existing generation. The British manufacturer owned by China’s SAIC is expected to launch the updated Hector next month and it has already been teased multiple times. The revised interior has also been revealed giving away most of the necessary information.

The 2023 MG Hector features a mildly updated front fascia but the cabin comprises a host of changes and similar revisions are expected to be introduced in the facelifted Hector Plus three-row SUV as well. The front end boasts a redesigned diamond mesh grille with chrome surrounds giving a more prominent look as it ditches the studded grille design. 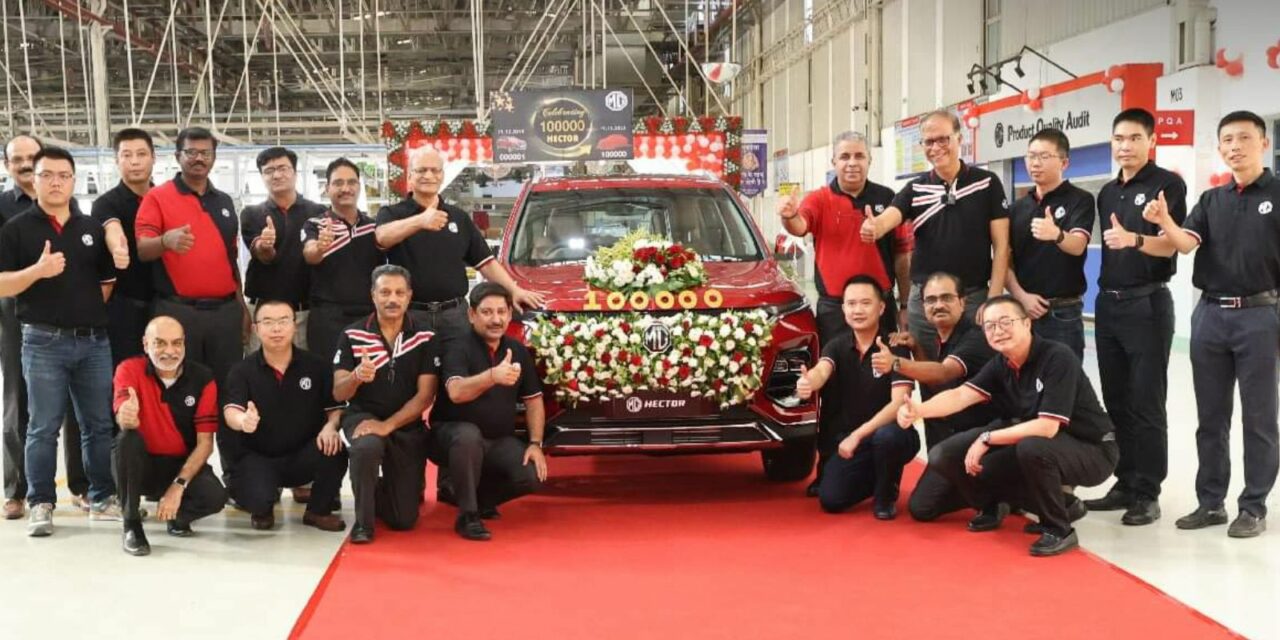 Elsewhere, you could find the revised bumper with a wide lower air inlet and a skid plate. Other highlights are a chrome strip covering the width at the back, a split LED headlight cluster, LED DRLs, Hector lettering on the tailgate, wing mirrors with integrated turn indicators, wraparound tail lamps, etc. The cabin gains the largest-in-segment 14-inch touchscreen infotainment system.

It is equipped with the next-generation i-Smart tech, OTR updates, new leather seats, piano black finish, chrome touches and so on. The features list will also see the inclusion of ADAS (Advanced Driver Assistance System) based technologies, multiple airbags, etc. As for the performance, a 1.5-litre turbo petrol in mild hybrid and non mild-hybrid iterations will be utilised. 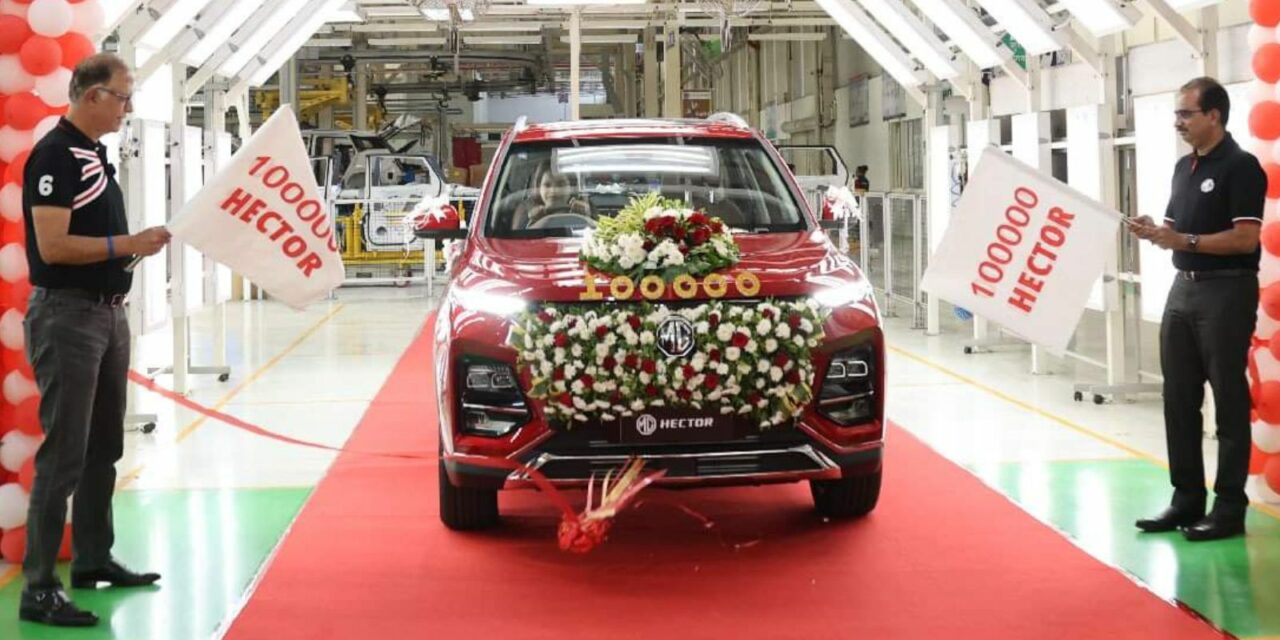 The 2.0-litre four-cylinder turbocharged diesel engine will continue to kick out 170 PS maximum power and 350 Nm of peak torque. Expect a minor hike in prices compared to the outgoing model and perhaps new colour schemes could be added to the lineup as well.