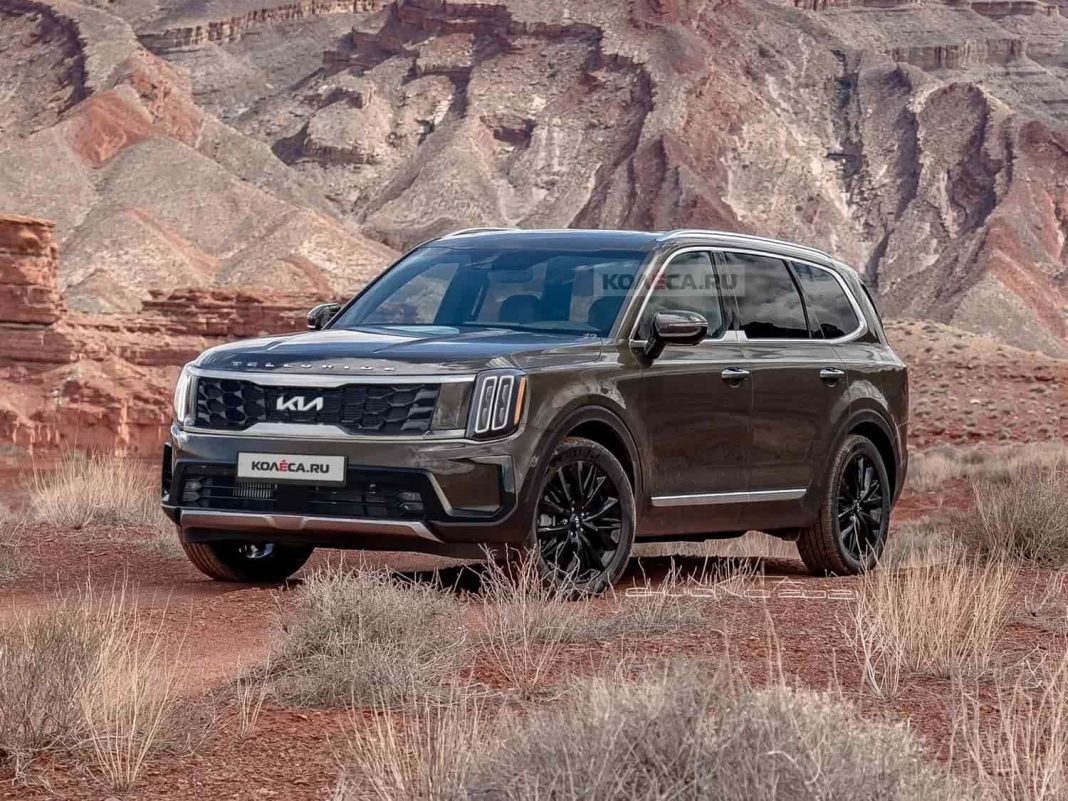 Kia is planning to update the Telluride SUV with a mid-life facelift, which will likely debut some time around mid-2022 as an MY2023 model

Kia Telluride was first introduced in 2019, based on the Telluride concept showcased back in 2016. Earlier this year, the SUV was updated for the 2022 model year, gaining additional standard equipment on select trims. However, the South Korean carmaker has plans to update the Telluride once again, this time with a mid-life facelift.

Spy pictures of the upcoming Kia Telluride facelift had recently emerged online, wearing thick camouflage. A few design details were visible past it though, giving us a few clues about the changes to the exterior design. Using these limited details and a little imagination, artist Nikita Chuiko has created a digitally rendered model of the forthcoming SUV.

Here, we see that the front end of the vehicle has been revised, featuring restyled LED headlamps and a new front grille. The latter still maintains the signature tiger-nose design, with chrome bars at the top and bottom, and we also see the new Kia logo on the nose. The front bumper has been updated as well, and will get a silver-finished faux bash plate underneath. 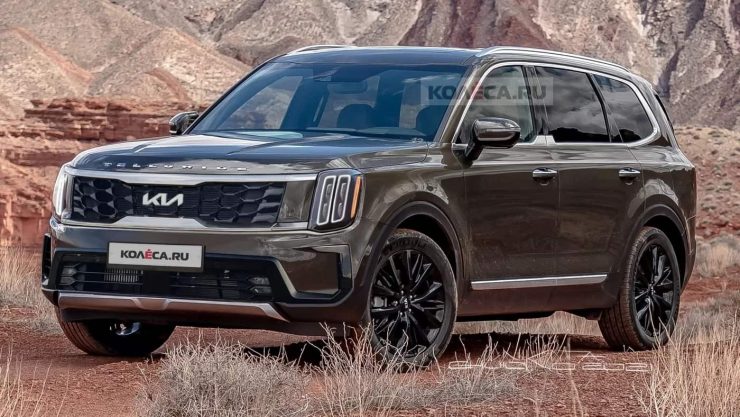 The side profile of the SUV remains almost completely unchanged, however, there are a few changes expected at the rear. The taillight cluster will likely maintain the same shape as the current model, but with restyled lighting elements. The rear bumper has been redesigned as well, featuring updated parking lights and rear fog lamps.

A faux bash plate is present on the rear bumper as well, which adds a rugged touch to the overall design. The tailgate sports the updated Kia logo, along with bold ‘Telluride’ badging. The design of the final production model likely won’t be too far off from this digitally-rendered version. 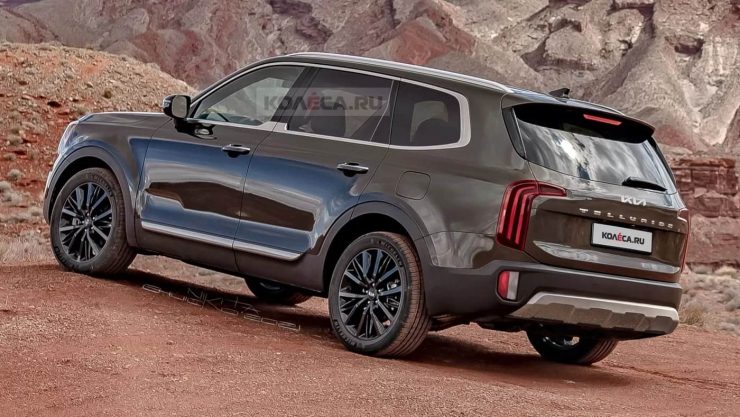 Currently, Kia Telluride is powered by a 3.8-litre, naturally aspirated, V6 gasoline motor, which develops 295 PS and 355 Nm of peak power and torque, respectively. Transmission options are limited to just one – an 8-speed automatic gearbox – and it gets a front-wheel-drive system as standard and an all-wheel-drive system as an option.

We don’t expect the SUV to feature any changes to the powertrain. The facelifted Kia Telluride will likely debut around the middle of the next year, and will go on sale in the US market either towards the end of 2022 or by early 2023.