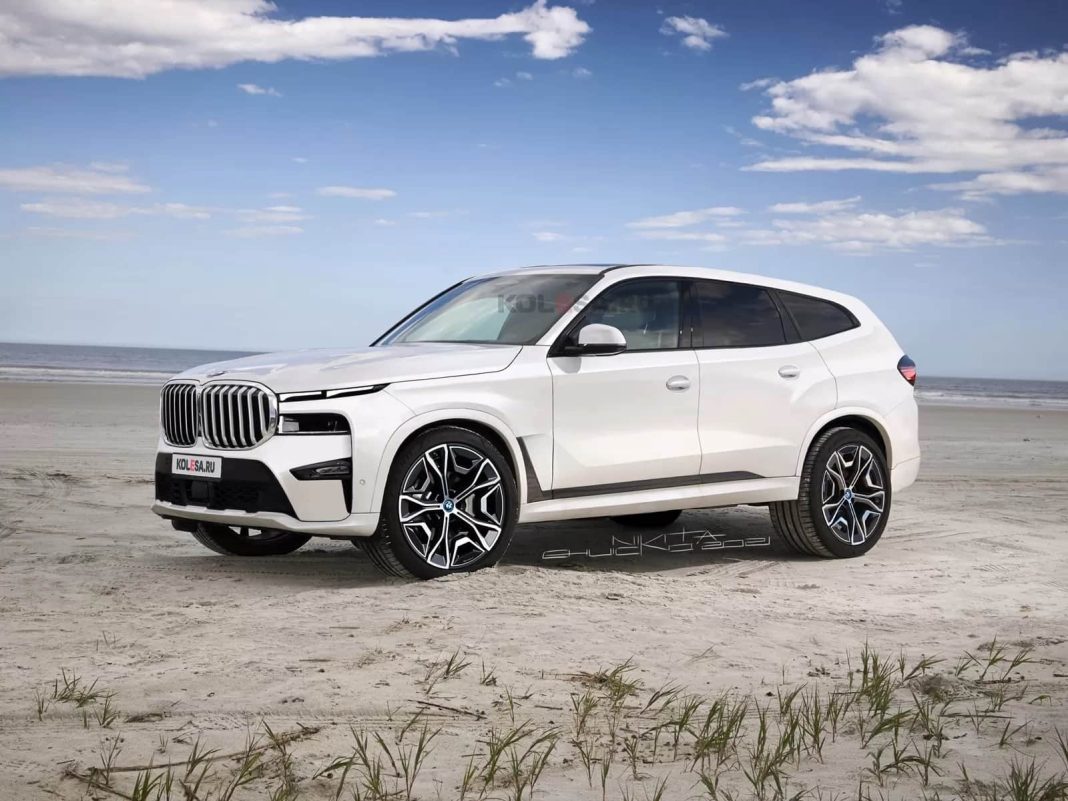 BMW is currently working on a new SUV, which will be larger than even the X7. The new model will be called the X8, and spy pictures show that this SUV is absolutely humungous. Also, BMW will continue its trend of controversial styling with the X8, featuring a pair of vertically-split headlamp setup and the gigantic front grille.

Taking hints from the available spy shots, Nikita Chuiko of Kolesa has created a digitally rendered model of the upcoming BMW X8. At the front end, we see the aforementioned split headlamps and massive kidney grille, which look a little weird but extremely imposing, thanks to the width. If you want road presence, we’re sure not many vehicles will match up to this.

At the sides, we see a set of large machine-cut alloy wheels, which look quite pretty. There’s body-coloured cladding at the sides along the bottom of the vehicle, and on the wheelarches as well. The roof slopes gently towards the rear, with a roof-mounted spoiler at the back. The tailgate is rather flat and we see a pair of sleek-looking LED taillights adorning the rear. 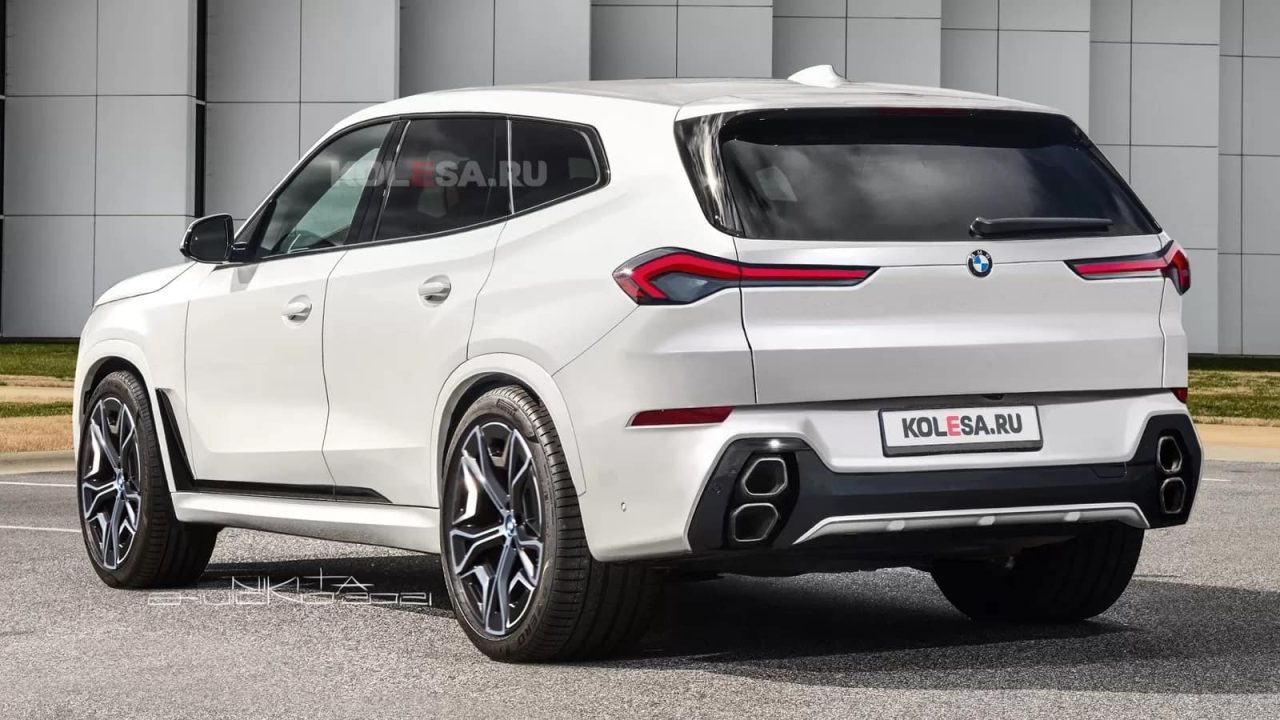 The rear bumper features quad tailpipes and a silver-finished bash plate, which give the SUV a sporty touch. While the overall design may not be to everyone’s liking, it cannot be denied that the X8 will surely be the centre of attention wherever it may go. Of course, the final production model may look a little different, but these rendered images give us a fair idea of what to expect in terms of design.

The technical specifications of the X8 are a mystery at the moment. Speculations suggest that it will be the most powerful BMW SUV in history, with a petrol V8 combined with an electric motor on offer. This hybrid powertrain is expected to belt out a combined peak power of over 700 PS. 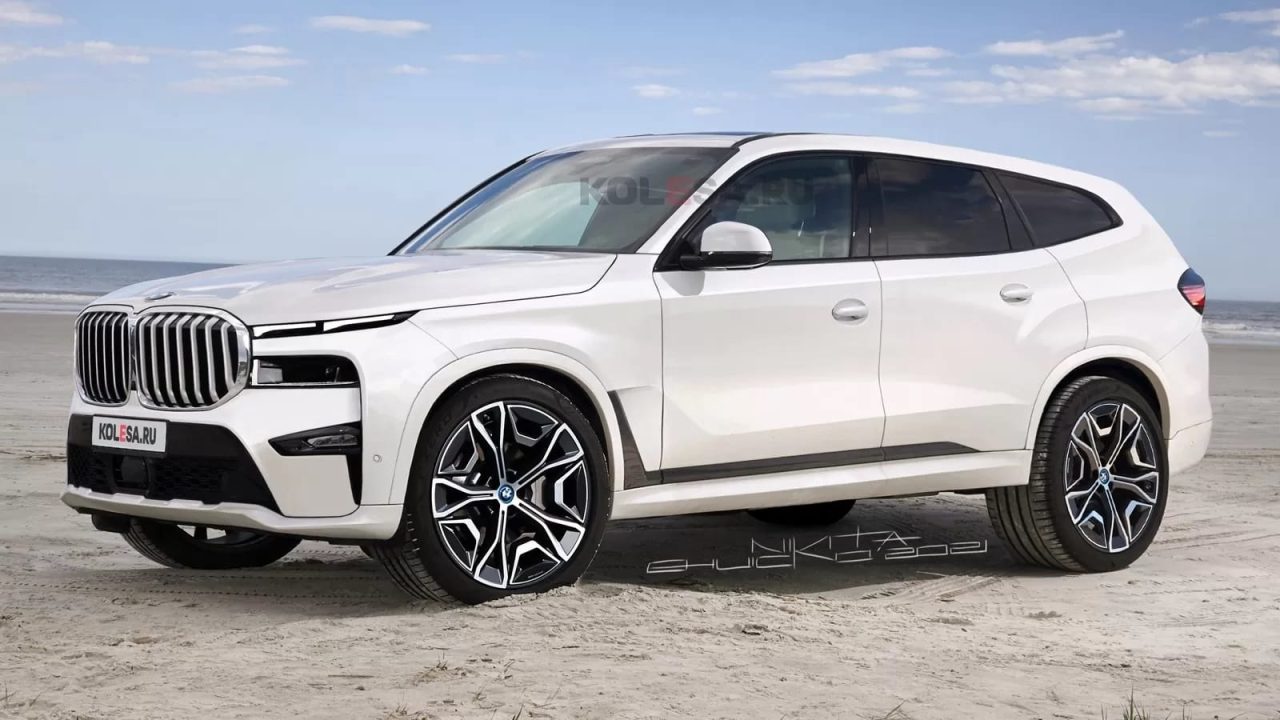 Of course, the lower variants will get smaller, more economical engine options. To handle the power, xDrive all-wheel-drive system will be offered, likely as standard. The new BMW X8 is expected to launch in select international markets in the second half of next year as an MY2023 model.