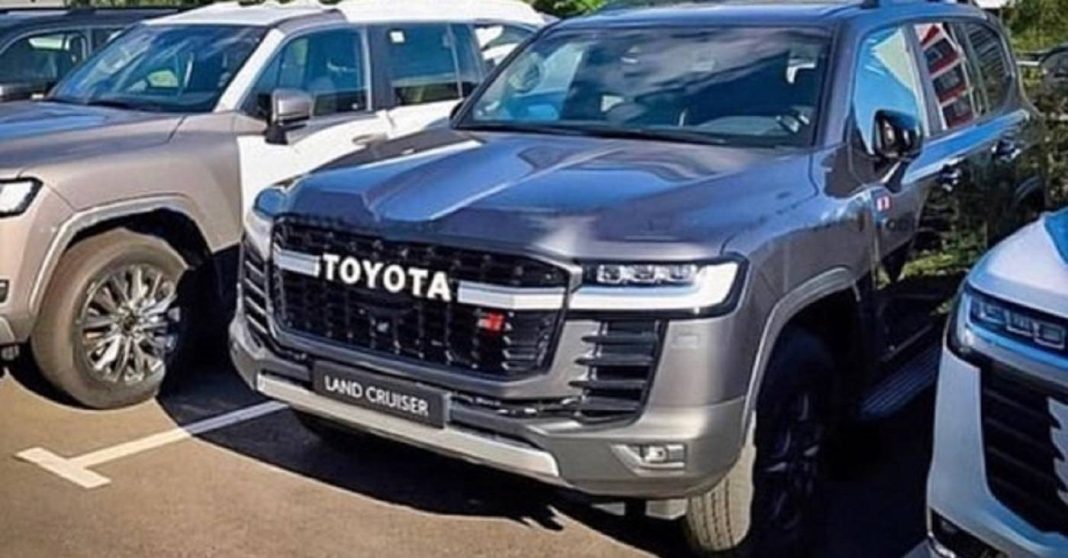 Toyota Land Cruiser has been recently unveiled in its new-generation avatar. The 300 Series Land Cruiser looks fresh and is highly anticipated to possess the same globe-trotting DNA as its predecessors. To keep the buyers’ interest intact, the Japanese firm has also introduced a GR Sport trim of the SUV this time. While we have seen it in the official images and videos, here it is, spotted in flesh for the first time.

In these images, the Toyota Land Cruiser GR Sport can be seen flaunting its grille that misses housing a Toyota logo. It gets “TOYOTA” lettering embossed in strong font instead. While the regular variants are targeted at an audience looking for the upmarket ambience, GR Sport trim is meant for those planning to put the 300 Series model in some serious situations.

The GR Sport trim misses out on the bling for a rather rugged-looking appeal. It gets a matte-finished grille with “TOYOTA” written in bold. Also, the bumper features a massive silver skid plate. While the cosmetic elements make it look like an expedition-ready version, the GR Sport trim has a lot to offer. It comes with a multi-terrain driving mode system that can modulate the settings of different components like suspension, engine, and brakes. 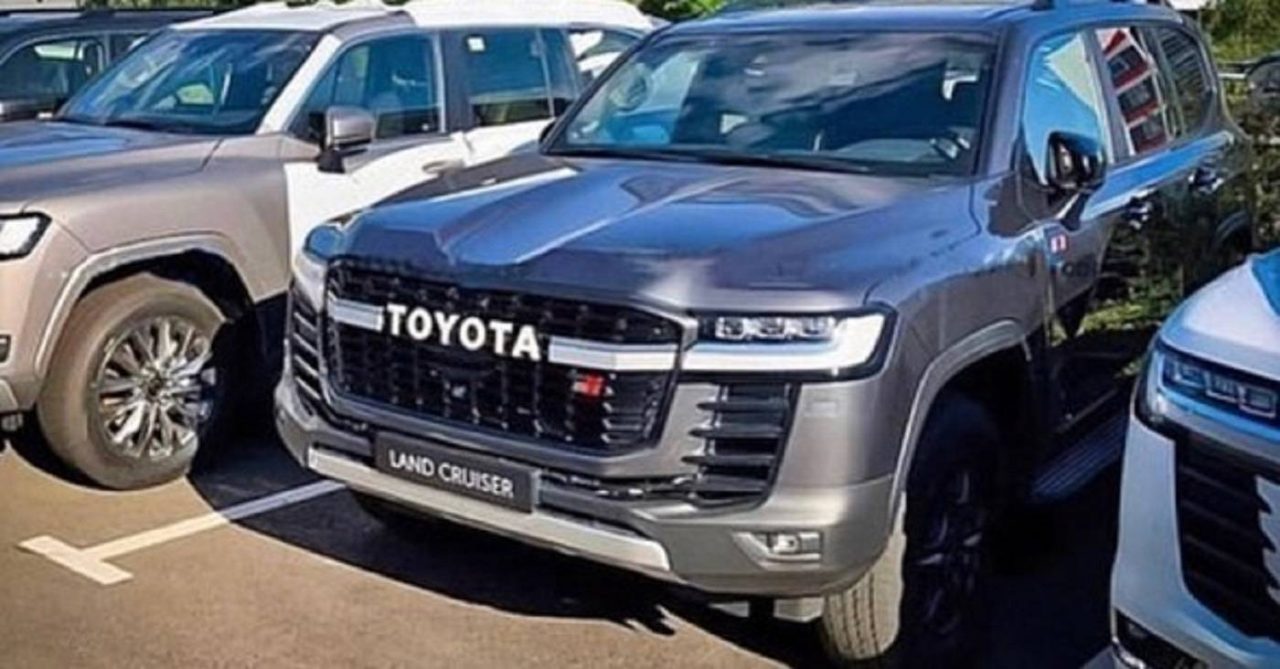 Furthermore, there’s an option for the low-range, wherein the user gets different modes – Auto, Mud, Rock and Sand. And switching between these modes isn’t a tough job either, as all it takes is to rotate a dial positioned on the centre stack. Like the last generation model, this one too gets the crawl control feature that makes the SUV accelerate forward on its own with no input from the driver, except braking.

The Turn Assist feature is another party trick onboard. With this being activated, the system locks the inner rear wheel to ensure that the Land Cruiser turns in the smallest possible turning radius. Also, there are locking differential on offer for the front and rear axles and centre diff. The approach angle for the new-gen model is measured at 32 degrees, while the departure angle is 26.5 degrees, and the SUV comes with a 230 mm high ground clearance. 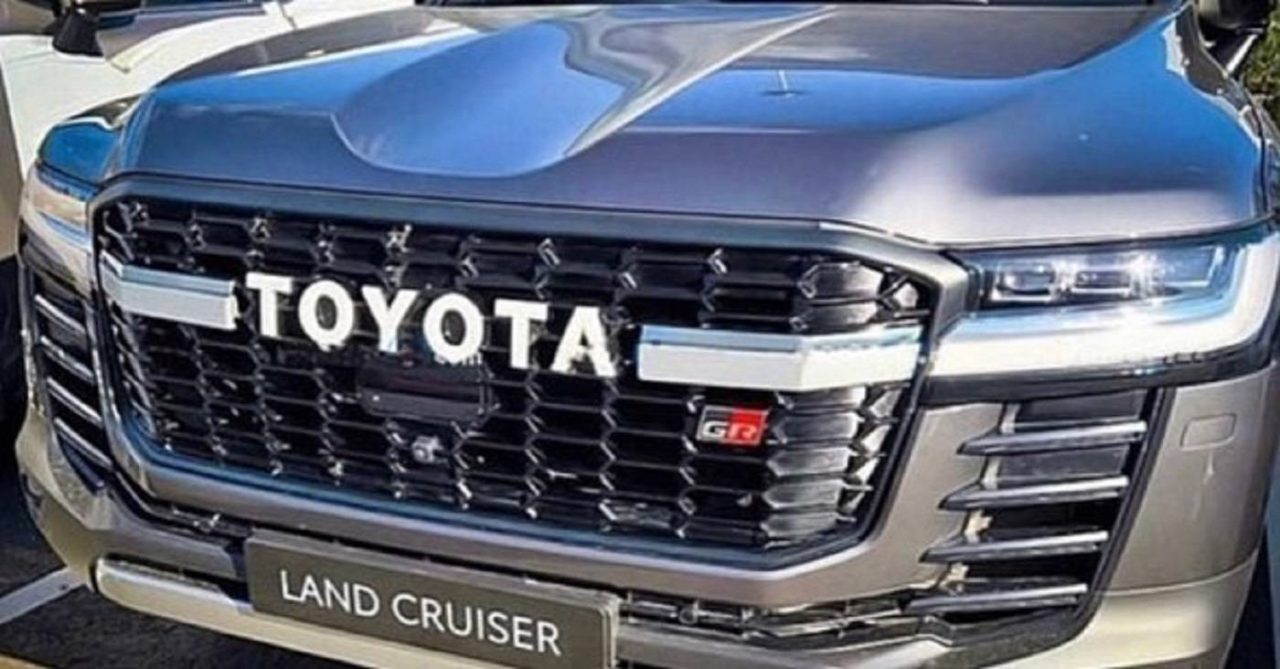