Suzuki has revealed that it will bring back the Escudo name in the Japanese market after a brief hiatus as it went out of production in 2021. The revised Escudo is nothing but the latest Vitara sold in the European market and it uses a new hybrid system. The third generation Escudo was first introduced in 2014 and four years later, a minor facelift was launched.

It resulted in the SUV getting turbocharged powertrains while a 48-volt mild-hybrid system debuted two years ago. The all-new strong hybrid technology introduced now uses a 140-volt system and in Europe, the Japanese manufacturer sells the Vitara SUV in mild-hybrid and strong hybrid guises to capitalise on an expansive range and to meet stringent emission standards.

The 1.5-litre four-cylinder DualJet naturally-aspirated petrol engine pumps out 101 PS and 132 Nm and it works in tandem with an electric motor capable of 33.4 PS and 60 Nm. In Europe, the same hybrid system develops 116 PS while the 1.4-litre four-cylinder mild-hybrid unit generates 129 PS. The bigger hybrid mill is claimed to do zero to 100 kmph in just 12.7 seconds.

It has a top speed of 179 kmph while the mild-hybrid system enable powertrain can accelerate from zero to 100 kmph in 9.7 seconds before topping out 190 kmph. The 1.5-litre hybrid/petrol system is linked with a six-speed automatic transmission with paddle shifters and it transfers power through all four wheels via Suzuki’s AllGrip AWD system.

Suzuki also offers front-wheel-drive layout as standard in Europe while the an all-wheel-drive is an option. Different drive modes such as Lock, Auto, Sport and Snow are also available. In the strong hybrid system, the larger 6 Ah battery is utilised and is mounted under the boot and it allows for short bursts on electric power during reversing and deceleration. It has a claimed fuel economy of 5.1 litres per 100 km on the combined WLTC cycle. 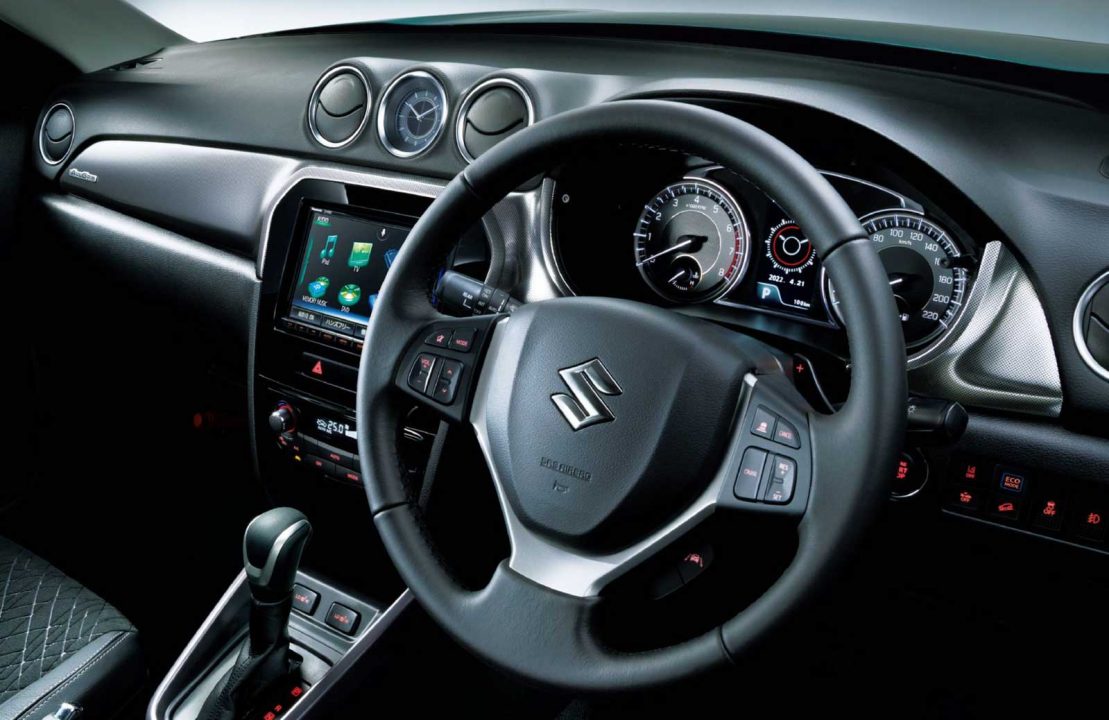 Priced at ¥2,970,000 (Rs. 17.78 lakh) in Japan, the 2022 Suzuki Escudo comes with a host of standard features including ADAS. As for India, Maruti Suzuki will launch the heavily updated Brezza around June, and an all-new midsize SUV developed in partnership with Toyota will go on sale later this year.